TOKYO - Saburo Kawabuchi was elected as the new President of the Japan Basketball Association (JBA) during an extraordinary council and board meeting last week.

Mr Kawabuchi is the chairman of the Japan 2024 Task Force which is working to solve the problems that led to the suspension of the country's national basketball federation in late 2014.

The JBA also approved six new board members, including Kawabuchi, in the same meetings.

Kiyoko Ono and Yuko Mitsuya, former Olympians, were appointed as the JBA's new Vice-Presidents, while J. League Managing Director Masaaki Okawa has taken on the roles of Managing Director and Secretary General. He is also to head up the Japan Professional Basketball League that will tip off its inaugural season in 2016-17.

Ichiro Yamamoto, executive officer of JX Holdings, Inc., and Yoshiyuki Mano, a professor of sport sciences at Waseda University are the two other board members elected..

The members were recommended by FIBA.

Speaking at a press conference following a task force meeting and the above-mentioned JBA meetings, Mr Kawabuchi said that the board members would eventually increase, with Mr Okawa indicating that they would eventually seek to add basketball-related people.

"As well as the support from the Japanese Olympic Committee (JOC), Japan Sports Association and Ministry of Education, Culture, Sports, Science and Technology, we are lucky to have had the backing of FIBA (to realise the reform)," Mr Kawabuchi said.

The former President of the Japan Football Association (2002-2008) and former Chairman of the J-League - Japan's national football league - proudly pointed to the fact that new board members now include two female Vice-Presidents and people from outside of basketball, which is unprecedented in Japan sports.

"It represents the birth of the new basketball circle," he explained.

Ono, 79, a former member of the House of Councilors who guided Japan to a bronze medal in the gymnastics team competition at the 1964 Tokyo Games, said: "I would like to help the development of basketball here as much as I can."

Mitsuya, a member of Japan's bronze medal-winning volleyball team from the 1984 Los Angeles Olympics, said: "I feel a heavy responsibility. But as a person that was raised through sports, I couldn't overlook the situation in basketball. Sometimes, when you start a new thing, your past experience and knowledge could actually disturb you. I would like to give the best I have to improve the lack of governance." 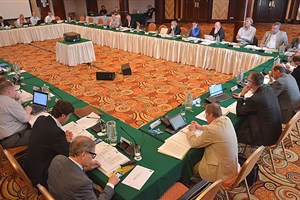 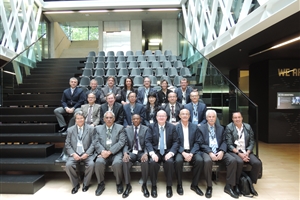 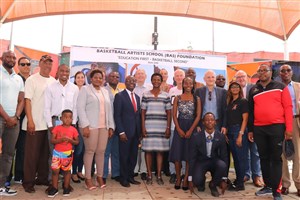 The Basketball Artists School celebrates its 10th anniversary in Namibia 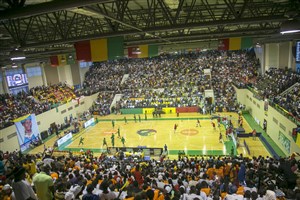 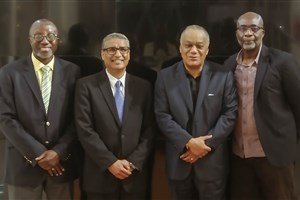 El Akari works on the restructuring of the Moroccan basketball federation