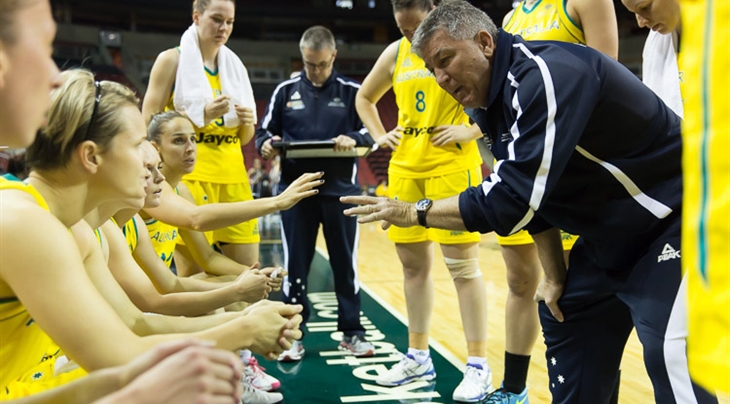 Joyce ushers in a new era for the Opals

The play-caller has chosen six debutantes in addition to a core of seasoned international stars as he bids to maintain the Opals' reputation as one of the most respected and successful nations in women’s basketball.

Still only 23 years-old, Liz Cambage arguably headlines the list alongside veteran Penny Taylor, who will return to the court after a two-year horror run of injuries which forced her to miss the 2012 London Olympics.

Taylor is on the verge of delivering the WNBA Championship crown for the Phoenix Mercury and she is joined by club team-mate Erin Phillips, who herself has been battling injuries in recent years and was controversially omitted from the roster which competed in the British capital.

There is also is a return for Marianna Tolo, who played in the competition four years ago in the Czech Republic prior to also being overlooked for the Olympics.

When it comes to experience there is no looking past Laura Hodges and Belinda Snell, who boast 10 major tournaments between them, including six Olympic and four World Championship outings.

Leading the way for the six players who will make their first FIBA World Championship for Women appearance is Olympian Rachel Jarry along with fellow rising stars Rebecca Allen, Natalie Burton and Tessa Lavey.

Meanwhile Cayla Francis keeps her place in the team having debuted in the FIBA Oceania Championship for Women last year and she will make her first global outing alongside new recruit Leilani Mitchell.

The American-born Mitchell who has an Australian mother, caps off a remarkable 12 months in earning selection, having dazzled during her rookie WNBL season and then subsequently pledging her allegiances to Australia prior to making her international debut during July's tour of Japan.

"The past two years has seen a significant turnover of players in the programme, presenting opportunities to young players and others on the periphery to stake their claim," said Joyce after revealing his roster.

"Injury, retirements and unavailability has opened the door for a new generation of players to become pillars of the programme and continue the tradition of success on the international stage.

"This team represents the changing face of the Opals, with a blend of emerging talent and established stars ready to take on the world's best."

"The WNBL is and will continue to be one of the premier basketball competitions in the world.

"This competition continues to unearth talent that feeds through to the national team, with the likes of Rebecca Allen, Tessa Lavey and Natalie Burton the latest players to graduate to the Opals.

"Having a league of the standard of the WNBL will ensure the Opals continue to push for international honours."

Australia will head into a major international tournament without Lauren Jackson for the first time 1998, with the all-time great having succumbed to a long-term knee injury, while Alice Kunek misses out as she recovers from her serious shoulder injury. 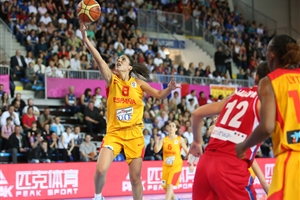 Heartache for Spanish trio who miss out Turkish trip 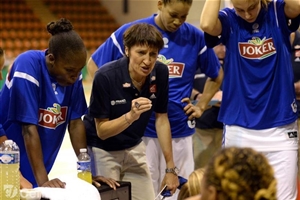