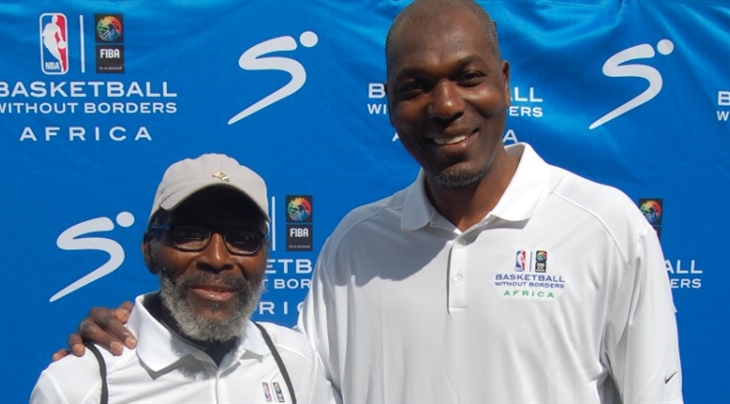 LAGOS - Perhaps when the CEO of Seeker, Cindy Hilsheimer, stated that she believes fate is the optimal combination of choice and chance, she had the legendary American basketball coach Olivier B. Johnson (OBJ) in mind.

Renowned as the Godfather of African basketball, a screaming notion that contains every tiny bit of truth from the onset, coined by his former novice now turned into the greatest African player to ever grace the NBA, no one disputes the words of Hakeem Abdul Olajuwon.

Born and raised in Washington DC, coach OBJ - as he is commonly known - comes off as a very patient and hardworking man from the onset, character traits that have been at the forefront of his rather life-changing career path as a basketball coach in Zaria in Kaduna State, northern Nigeria.

The one and only Coach OBJ #Peace #Repost @giantsofafrica with @repostapp ・・・ Giants of Africa: The Film | Meet the Characters Coach Oliver Johnson (OBJ), Former Head Coach, Nigerian National Basketball Team In many ways an iconoclast, Coach Oliver Johnson (OBJ) has never been afraid to carve his own path in pursuit of positive change. Born in Washington D.C. in 1940, Coach Johnson originally traveled to Africa in 1969, as a member of the Peace Corp. Through his tireless efforts, Johnson has used basketball as a tool to encourage young Africans to pursue their dreams and better themselves, making an indelible impact on the lives of people like Masai Ujiri for over four decades. With a fearless attitude and an insatiable drive to inspire youth, his efforts know no bounds. Peace everybody! #giantsofafrica #TIFF16 #nigeria #africa #dreambig #coach #peace

At the end of a mission with the American Peace Corps in the Kenyan capital of Nairobi in 1969, OBJ had a 21-day visa to Nigeria but had to choose whether to go to Nigeria or to go back home but he opted to go and visit yet another African nation, to get a feel of the Western part of the continent and the rest is history.

On a rather normal day in an African city, OBJ noticed a slender looking, rather energetic lad going by his business walking to a football training practice session and he decided to have a word with him. Just like any other teenage African boy, Hakeem as he was known at the time, would later give it a thought and decide to give it a try.

“He has taken Africa a long way. Today, he is one of the two NBA Ambassadors for Africa. He has done great. His achievements are just beyond because they affect everyone in basketball. He opened up the continent of Africa for basketball. I am just grateful to the Almighty God that I was part of that journey with him.”

OBJ, who is a therapist, mentor, basketball coach and consultant for basketball, has dedicated his life to the hoops game. “Basketball has been my life for the last 50 years. I started my career in Africa in the American Peace Corps in 1967 and I spent two years there. Basically, my life has been in Africa.”

The soft-spoken and very knowledgeable OBJ, who has been to a total of 35 African nations, has also mentored the only NBA General Manager from Africa, Masai Ujiri who is at the helm of the Toronto Raptors and into the 15th year of running the youth program Giants of Africa.

Every summer, along with top coaches from the USA and Africa, they go to six countries including Nigeria, Senegal, Ghana, Kenya, Rwanda and Botswana for the first time this year to teach the fundamentals of basketball while also impacting life lessons to the top 50 teenage boys in each of the selected nations.

Rwanda's U18 national basketball team captain Arnaud Nkusi told FIBA.com that, "Meeting coach OBJ is unbelievable! It is a great experience for me as a young player because my dream is to play basketball at the high level and who better to listen to than him knowing that he mentored Olajuwon. We watch his videos and have read a lot about him."

Many teenage basketball players like Nkusi on the African continent have been inspired by OBJ who is still going strong after five decades.

OBJ admits that the players on the African continent are many, "For every player that we get an opportunity to work with, there is a minimum of 10 players standing behind those players. We hope that when they leave our clinic, they will go and share some of the skills that they have learnt."

He, however, acknowledges that there is a challenge of facilities in Africa but they should be provided, strategically placed and that they can be utilised at all times and with that, "the sky is the limit".

OBJ also runs another program called 'Basketball for Peace' project which he launched in 2003 in Nigeria and hopes to continue spreading it out to the rest of Africa. South Sudan looking to promote the country through basketball 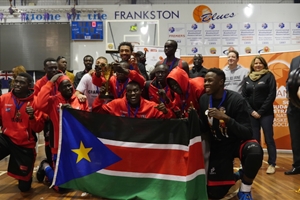 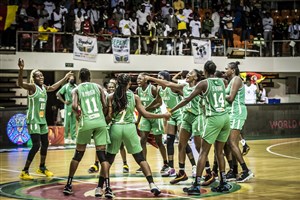 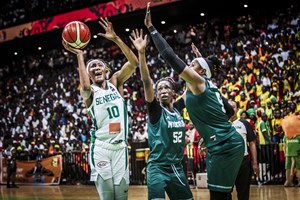