NEWCASTLE (Paul Nilsen’s Women’s Basketball Worldwide) – I have been honored to have watched some great FIBA Women’s EuroBasket events down the years and I thought it was time to pick some memories out.

This felt quite personal for me, since by complete co-incidence, I was sent to cover their first phase Group in Hungary. It meant I got to see this team at close quarters - from practice to games, and also sometimes away from the court. If you remember, it was the last of the three-phase tournaments (the long ones), so it meant that I felt their journey to the top of the podium even more.

I remember so many small details. What stands out most is the noise from their locker room which was big after a win, but just as big when merely at the Arena for a practice. It illustrated that this was a group of energetic, boisterous, fun-loving characters and the contrast with the stern-faced head coach Marina Miljkovic was always rather amusing. But she did a great job of course.

Seeing the naturalized Danielle Page singing the Serbian anthem was quite something. Of course Ana Dabovic erupted and Sonja Petrovic ended a long exile from national team duties to add that extra class needed. The night of the win in Budapest will live with me forever. History in front of my eyes, the fans, the celebrations and a team that saved their biggest party until the last night – knowing they had not only secured a first ever title, but also a maiden trip to the Olympic Games!

This was the moment when it all came crashing down for Russia in a big way. Again, by co-incidence, I was in Vendee to see it happen. Here was arguably the second biggest women’s basketball nation in the world after the USA and certainly the biggest traditional force in Europe about to produce a nightmare and subsequent decline.

Having won in 2011 in Poland, Russia arrived on French soil as champions. But nothing was right. They were dreadful and rightly beaten by the likes of Sweden. Some classy veterans looked like they had arguably took it a tournament too far, their Lithuanian coach was probably out of his depth and when they crashed and burned, you really couldn’t believe what was unfolding. The champions, Russia, out in the Group stage. Wow.

The wider significance was that it was a tipping point for them to slide downwards and they have not appeared at a global event since. Or, returned to the FIBA Women’s EuroBasket podium either.

The most recent memory on my list is from just two years ago in Prague. I am not sure I have ever seen one team so brutally dismantle another. The fact that it was an ageing Greece team taking down an old rival and indeed a Rio 2016 Olympics participant, made it even more amazing.

Greece owned Turkey – totally destroyed them on the day. It was also a moment when Greece rammed my own doubts and predictions right down my throat as they made the Semi-Finals – led by the rejuvenated Evina Maltsi.

Although I do have to credit Turkey because after this battering and humiliation, they still made it to the FIBA Women’s Basketball World Cup 2018.

Turkey getting to their first ever Final (2011)

After upsetting Turkish fans with the above memory, hopefully I can get back some love and respect with this one – an amazing night in Lodz 8 years ago, when Turkey beat France to make history. They reached their first ever Final and it was such a compelling Semi-Final game.

At the time (and still now) I had a ‘basketball crush’ on Birsel Vardarli Demirmen. I was captivated by everything she did on the court and that evening, she made two incredible buckets to get it done and cement her status as a Turkey national team legend. Two of those plays are in the compilation above.

There was also a wider significance with this too, as Turkey also booked a first ever Olympics appearance and set in process, 8 glorious years when they catapulted themselves into the realms of an elite nation within women’s ball. The link to the current time is that Ceyhun Yildizoglu was in charge and he is of course back for the 2019 edition for a second period in the hot-seat.

I still can’t really explain why, of all the games I have ever watched, this left the biggest impression on me. We have had buzzer beaters and even the Final in Orchies was amazing as Spain pipped France. But I just can’t get this contest out of my head. It was a joy, an absolute game for the ages.

Sweden had not even made Final Round in almost three decades or something like that, but had made it into the Quarter-Finals. France of course were hosts and the pressure was on. They were expected to brush aside their opponents, but the underdogs almost landed a fatal blow. It was such a pulsating, absorbing and memorable game of basketball. In the end, it was maybe fitting that a French legend in Celine Dumerc stepped in during crunch time and saved the day with a couple of huge shots.

I know that some of the Swedish players have probably still never got over that day and it remains the ‘one that got away’. I know it is little consolation of course, but what was served up was truly amazing and I can only thank those involved. 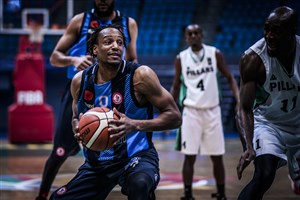 Generation Next - Who will move from Thailand to Tokyo 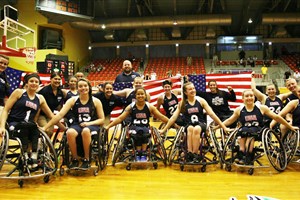