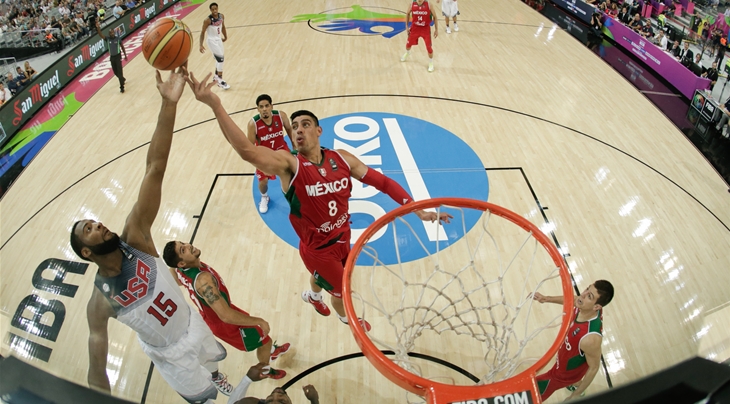 DETROIT (FIBA Basketball World Cup/NBA) - The number of pure pivots in the NBA has decreased over the last few years with more and more teams playing 'small ball' and having success.

Some sides still possess talented big men on their roster, though, and are doing all they can to take full advantage.

The Detroit Pistons, more than a decade on from winning their third and last title in 2004, rely heavily on their frontcourt duo of Greg Monroe and Andre Drummond.

The latter, a 2.11m center who spent one year at the University of Connecticut before turning professional, has had some impressive performances in his third season and is averaging 12.2 points and 12.9 rebounds per game.

Drummond, 21, is the defensive anchor for Detroit.

He has caused a stir with his powerful inside moves on offense as well.

"I feel great and happy to be productive on the court game after game," he said to FIBA.com. "That is very important, as I know that my teammates and my coach count on me to be solid every night."

He has increasingly shown signs of maturity and also taken up the mantle as one of the team's leaders.

"I am still very young, but I like to have responsibilities," he said.

I want to be a role model of hard work and leadership. - Drummond

"I have done enough in the last couple of years in Detroit to be one of the leaders of the team."

Drummond believes that his experience with the USA team that won the 2014 FIBA Basketball World Cup has helped in his growth.

"I improved a lot last summer by being with some of the best players in the NBA," he said.

"Some of my teammates like Stephen Curry, Derrick Rose and James Harden, for example, are franchise players and incredible leaders, so I got the opportunity to learn from them a lot."

While he played the fewest minutes among the USA's 12 players in action at Spain 2014, Drummond says the experience was still valuable.

"Being part of that incredible team was unbelievable," he said.

"The most important thing for me, outside of helping my teammates win the world title, was to gain experience.

"Not a lot of players have the chance to play for the USA and spend time learning from one of the best coaches (Mike Krzyzewski) of basketball.

"I had the opportunity to represent my country at the highest level and win a gold medal.

"Winning titles is the reason why we work hard every day and I am proud to have helped the team keep their world crown. I will never forget it."

Last summer's campaign was not the first time that Drummond represented his country. He was also a part of the USA team that won the inaugural FIBA U17 World Championship in Hamburg in 2010.

Wearing the USA jersey is a matter of pride. - Drummond

"I really enjoy playing for the national team," he said.

Pistons have a 5-game winning streak & @AndreDrummondd during it has averaged 15.0 ppg, 15.8 rpg & he is shooting 63% pic.twitter.com/gYsMc0YtPn

While he could contend to be a part of the USA team that plays at the 2016 Rio Olympics, for the time being Drummond is fully focused on helping the Pistons stay on track.

After just five wins in their first 28 games through the first two months of the season, the Pistons have prevailed in 13 of their last 16.

"Our start of the season was really bad," Drummond said. "We didn't play well and we were not showing any team spirit.

"We couldn't have a whole season like that and it feels great to be winning a lot more games now.

"We have been playing as a team. Everyone is playing well and we have been improving in every aspect of the game. We need to keep winning games and show consistency and unity every night."

Thanks to their recent run of form, the Pistons are in the thick of the hunt for a spot in the Eastern Conference playoffs.

"It would be great to go to the playoffs," he said.

"A lot of teams are playing well and are fighting for a playoff spot, but we know that we can reach that goal too." 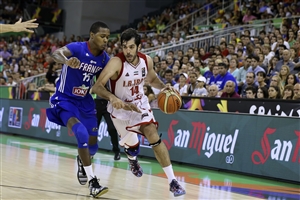 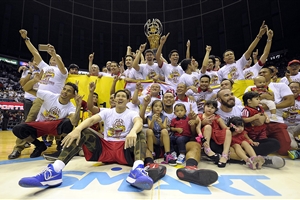