MIES (Switzerland) - The Class of 2021 has been inducted into the FIBA Hall of Fame at the Patrick Baumann House of Basketball via an online ceremony. Filmed on June 2 along with the Class of 2020,  the ceremony has been published on FIBA's 89th anniversary. 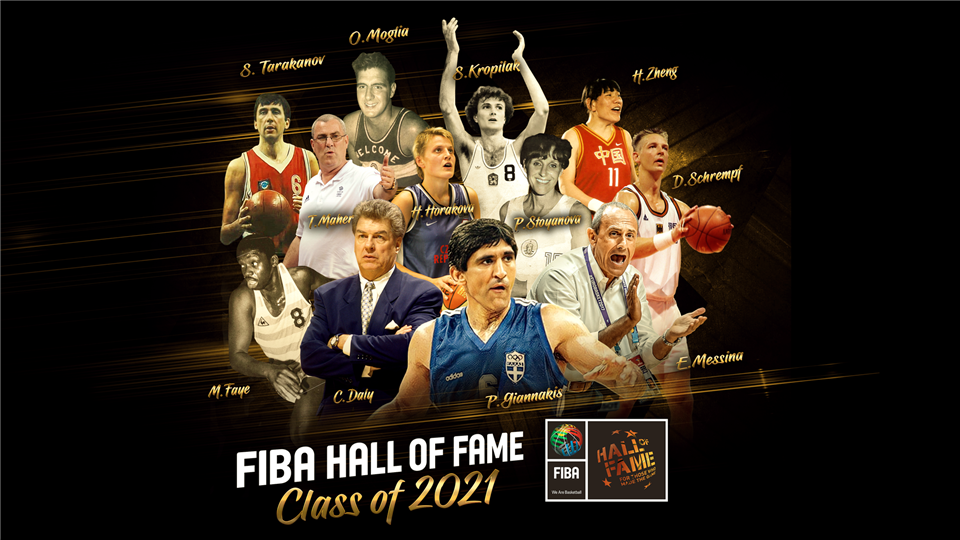 Each inductee gave an acceptance speech on June 2 via a virtual ceremony which was filmed at the Patrick Baumann House of Basketball in Switzerland.

To view the acceptance speech click on the links below for each inductee:

Mathieu Faye was the MVP of FIBA AfroBasket 1980 and a two-time winner of the event with Senegal.

Stanislav Kropilak is recognized as the best Slovakian player of the 20th Century.

Oscar Moglia of Uruguay averaged a tournament-best 26.0 points per game at the 1956 Melbourne Olympics.

Detlef Schrempf had a long, impressive career in the NBA and starred for Germany at two Olympics and two FIBA EuroBaskets.

Penka Stoyanova was a two-time Olympian of Bulgaria who made a staggering 580 national team games for her country.

Sergey Tarakanov of Russia is an Olympic, FIBA Basketball World Cup and three-time FIBA EuroBasket champion with the Soviet Union.

Haixia Zheng of China was the MVP of the FIBA Women's Basketball World Cup 1994.

Chuck Daly led the Detroit Pistons to two NBA titles and then coached the USA Dream Team to the Olympic gold medal in Barcelona.

Tom Maher of Australia made six consecutive trips to the Olympics with four different countries spanning 1996 to 2016.

Ettore Messina of Italy is a meticulous coach famous for nurturing young talent into title-contending teams for three decades, which included guiding Italy to second place at the FIBA EuroBasket in 1997.

To find out more about the FIBA Hall of Fame click here and to view the full ceremony click here. 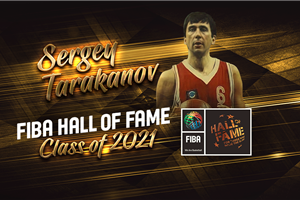