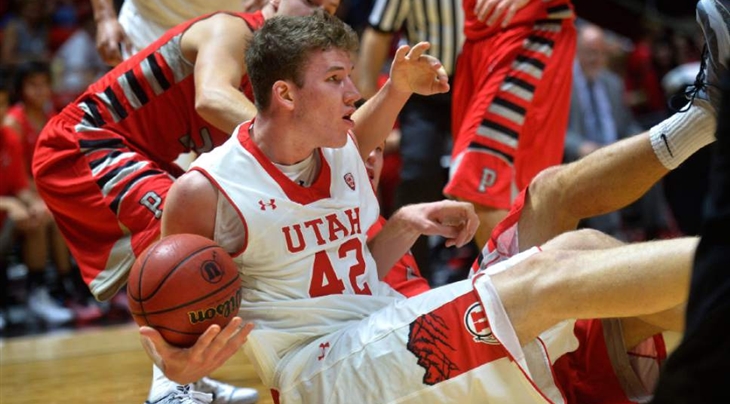 REGENSBURG (David Hein's Eye on the Future) - More than 30 European countries have produced at least one NBA player, but Austria is not one of them. That might not be the case for long though as Jakob Poltl is slowly making a convincing case that he is an NBA-level player.

The seven footer (2.13m) from Vienna is starting to shoot up lists of college players who NBA scouts are racing to see live in action. The University of Utah freshman collected his third double-double for the Utes in their big 69-68 overtime win over highly-ranked Wichita State to snap the Shockers' 35-game regular season winning streak.

Poltl collected 12 points and 11 rebounds to go with three blocks in the victory. He also registered double-doubles against Ball State in his first NCAA game (18 points and 10 rebounds) and put together a monster performance of 24 points, 12 rebounds and five blocks versus North Dakota on November 28. Another highlight came in Utah's sole loss thus far against San Diego State as he grabbed 12 rebounds and blocks seven shots.

Against North Dakota, Poltl made all 10 of his shots from the field and he has been nearly unstoppable once he gets the ball, hitting 31 of his 42 attempts for an outstanding 74 percent shooting clip. Through seven games, he is averaging 12.0 points, 9.6 rebounds and 3.0 blocks. He is also taking care of the ball with just 1.4 turnovers in more than 24 minutes per game.

One of the few downsides of his game is his free-throw shooting, where he has made just 22 of 46 free throws for a very poor 48 percent.

Still, that hasn't stopped experts from expressing their love of the big man's overall game.

"The more I watch him, the more I'm impressed with his talent," legendary NBA center Bill Walton said of Poltl, who is the son of two former international volleyball players.

ESPN's NBA draft expert Chad Ford ranked Poltl 19th on his draft board for 2015, saying he could jump to a top-10 pick by the end of the season because of his size and potential.

Utah head coach Larry Krystkowiak has been impressed by his player's quick transition to college basketball, which usually means a steep learning curve, not to mention the soon-to-be 19-year-old getting used to being nearly 9,000 kilometers away from his native Austria.

"He's a kid from the beginning that we've almost got a chuckle out of it that seems to be a little ahead of the learning curve in terms of his ability to be able to learn things. He's getting more and more comfortable," said Krystkowiak.

Poltl has already gained about 15 pounds to his frame and Krystkowiak is saying he could easily play at 255-260 pounds (about 115kg).

He definitely can learn a lot from Krystkowiak, a former power forward who played in the NBA from 1986 to 1995 and then coached the Milwaukee Bucks in 2007-08 and also served as an assistant with the New Jersey Nets in 2010-11 before taking the head coaching position at the University of Utah.

While the Utes have a history of producing NBA players - Andrew Bogut, Keith Van Horn, Andre Miller, Tom Chambers and Mike Newlin - Austria, on the other hand, do not.

Rasid Mahalbasic has been with the Utah Jazz in the Summer League and played Euroleague for Asseco Prokom Gdynia two seasons ago. Benjamin Ortner won the NCAA Division II title in 2002 with Metropolitan State and has played Euroleague or Eurocup for the previous four seasons before this one. And Thomas Schreiner moved to Spain in 2012 and last season guided BC River Andorra to promotion from the LEB Gold to the Liga Endesa.

But those are the top players Austria has produced with Mahalbasic giving the country one of its biggest moments internationally in 2010 as the big man guided the Alpine nation to the U20 European Championship Division B title and promotion to the A level for the first time in the country’s history.

Mahalbasic graduated from the youth tournaments and Austria dropped from the U20 Division A the next summer and haven't been back to the top flight since. That might be an opportunity for Poltl to match Mahalbasic's feat if he comes back to the Austrian national team system next summer.

Eventually Poltl would love to join forces with Mahalbasic, Ortner and Schreiner at the senior national team to get Austria into a EuroBasket for the first time since 1977. The Austrians finished third in their qualifying group for both EuroBasket 2013 and EuroBasket 2015.

For now, however, Poltl is concentrating on helping the Utes win games and continuing to improve his overall game. He’s only seven games into his collegiate career and he’s already starting to create a major buzz. 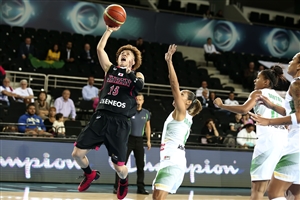 Perfection is not always the only solution

What's wrong with the 36ers? 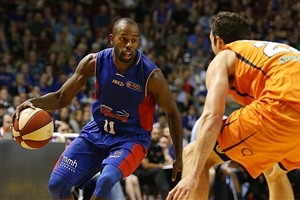