GOYANG (Korea) – After shaking off expected lethargy, an overjoyed Seung Jun Lee is clear about one thing - he will never take playing 3x3 for granted again.

Lee aka 'Eric' was part of the Korea 3x3 Premier League's opening round on May 2, one of the first sight of 3x3 action worldwide since the COVID-19 pandemic essentially shut down everyday life in recent months and FIBA suspended its competitions on March 13.

The Korean 3x3 star along with his brother Dong Jun Lee are hoping to dominate in Korea first before the eventual return of the FIBA 3x3 professional season. Their goal now is to lead their team (Hansol Remicon) back to championship glory - a title defense that appeared uncertain due to the tumult of the virus.

After being one of the first countries hard-hit by the COVID-19 outbreak, Korea flattened the curve by implementing extensive "trace, test and treat" measures to successfully stem the disease thus far.

It has resulted in a long-awaited return of sports starting with 3x3 and followed by baseball several days later.

Masked family members and team officials were allowed to attend the opening round of 3x3 games at the Starfield Goyang mall to ensure atmosphere behind closed doors.

"It was amazing to step on the court and play because we really didn't know when sports would return," Lee said. "You can sense the excitement because everyone has really missed sports and the return of games means life is starting to get back to normal.

"Hopefully fans will be allowed to attend the games soon, but it's a great opportunity to showcase 3x3 and attract new followers," he added.

Hansol Remicon split their opening two games with players understandably taking time to round back into form. "There was some rust and teams were tired but everyone was just glad playing and getting the competitive juices going again," Lee said.

Unlike many other countries, Korea have not resorted to lockdowns although gyms and stadiums were closed for a period of time. Lee, who scored an iconic game-winner at the FIBA 3x3 Asia Cup last year, ensured he stayed in shape through a vigorous training regime with housemate Sonia Ursu, the Romanian-Korean women's 3x3 star.

"It's good to start playing games again because Sonia was beating me up one-on-one," Lee chuckles. "It was great to train together and I learnt a lot from her because she knows 3x3 so well."

Lee, who sports a renowned shoulder tattoo, is part of Team Cheon An Musso on the FIBA 3x3 World Tour with Jeddah being the sole Masters appearance for the Korean team last year.

He said they originally hoped to perform well at the Challengers this season in a bid to qualify for more Masters with the eventual goal of reaching the Riyadh Final.

What lies ahead is still unknown but, for now, Lee is grateful being back on the court and helping his team reach the iconic 21-point mark.

"You never think sports will be taken away from you, so I appreciate playing even more now and won't take it for granted ever again," he said.

"It's a great feeling to be able to do the thing you love again and also create excitement and happiness for the community." 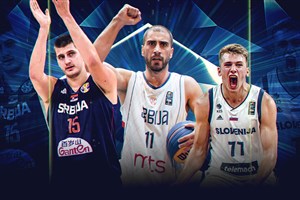 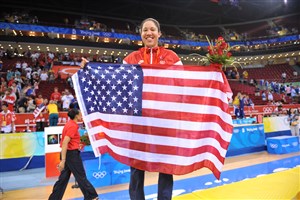 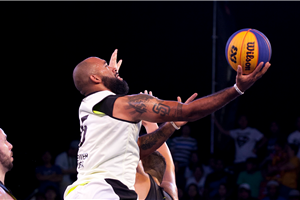 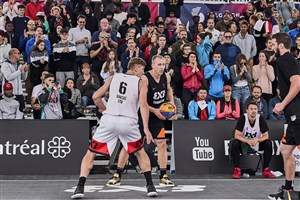 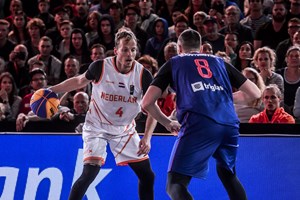