MIES (Switzerland) - One of the most influential players in Egyptian, African and international basketball, Mohsen Medhat Warda is being honored with induction to the FIBA Hall of Fame in 2019.

The point guard left a legacy on Egyptian basketball as he carried his club and country to some of its biggest heights both domestically and internationally.

A native of Alexandria, Warda actually came very late to basketball. His father started him with swimming over football, which most of his friends were playing. His swimming talent was clear from the beginning and he competed at the highest level, winning Egyptian swimming championships three straight years from 1966 to 1968. Warda also played some water polo.

It wasn't until 1970, when he was 15 years old, that Warda discovered a love for basketball. He was in the stands at the FIBA AfroBasket 1970 in Alexandria and watched the Semi-Finals as Egypt - playing under the title United Arab Republic - beat Tunisia.

"I liked the performance of (former Egyptian great) Adel Sharaf a lot, so that night I decided to start playing basketball," Warda said.

After leaving the water, Warda was a quick study on the hardwood. He joined the Al Ittihad club and started playing professionally at 17 years old and debuted with Egypt's senior national team at 18 years old.

In 1975, at 19 years old, Warda helped Egypt to their next AfroBasket title. This time though he was playing on the court in his home city of Alexandria. He also helped turn Al Ittihad into a powerhouse in Egyptian club basketball, guiding the team to six straight titles from 1982 to 1987.

Wadar also led Egypt to success internationally. They finished third at the 1979 Mediterranean Games and took second at the 1981 AfroBasket. Two years later, Warda returned to Alexandria with the Egyptian national team and once again captured the AfroBasket crown in 1983 - the 1975 and 1983 titles being the last two continental trophies Egypt have hoisted. In total, Warda reached the AfroBasket podium six times, finishing second in 1981 and 1987 and taking third place in 1978 and 1985.

Warda also twice played at the Olympics, appearing as a 21-year-old at the Montreal Games in 1976 and then averaging 11.8 points, 3.8 rebounds, 5.5 assists and 1.0 steals at the 1984 Olympics at 28 years of age. The Games in Los Angeles featured Warda picking up 26 points, 7 rebounds, 8 assists against Brazil and he collected 6 points, 5 rebounds and 10 assists versus Australia.

While Warda retired from basketball in 1987, his surname continues on in the sports world as his son Amr Warda is an Egyptian national team football player who plays professionally in Greece. 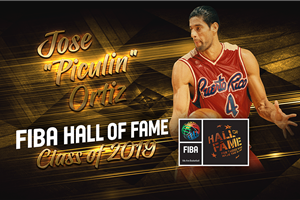