Even in the hottest moments in a game, or even if it is a Final, it’s common to see the smile that draws on Dar Tucker’s face. And his smile was even brighter when San Lorenzo defeated Guaros de Lara, allowing the Argentine team to retain the Liga de las Américas title. But the American had more than enough reasons to hold on to his joy: he was well aware that his task had been a decisive aspect of the conquest. For this reason, he and no one else were surprised that he was named the MVP. 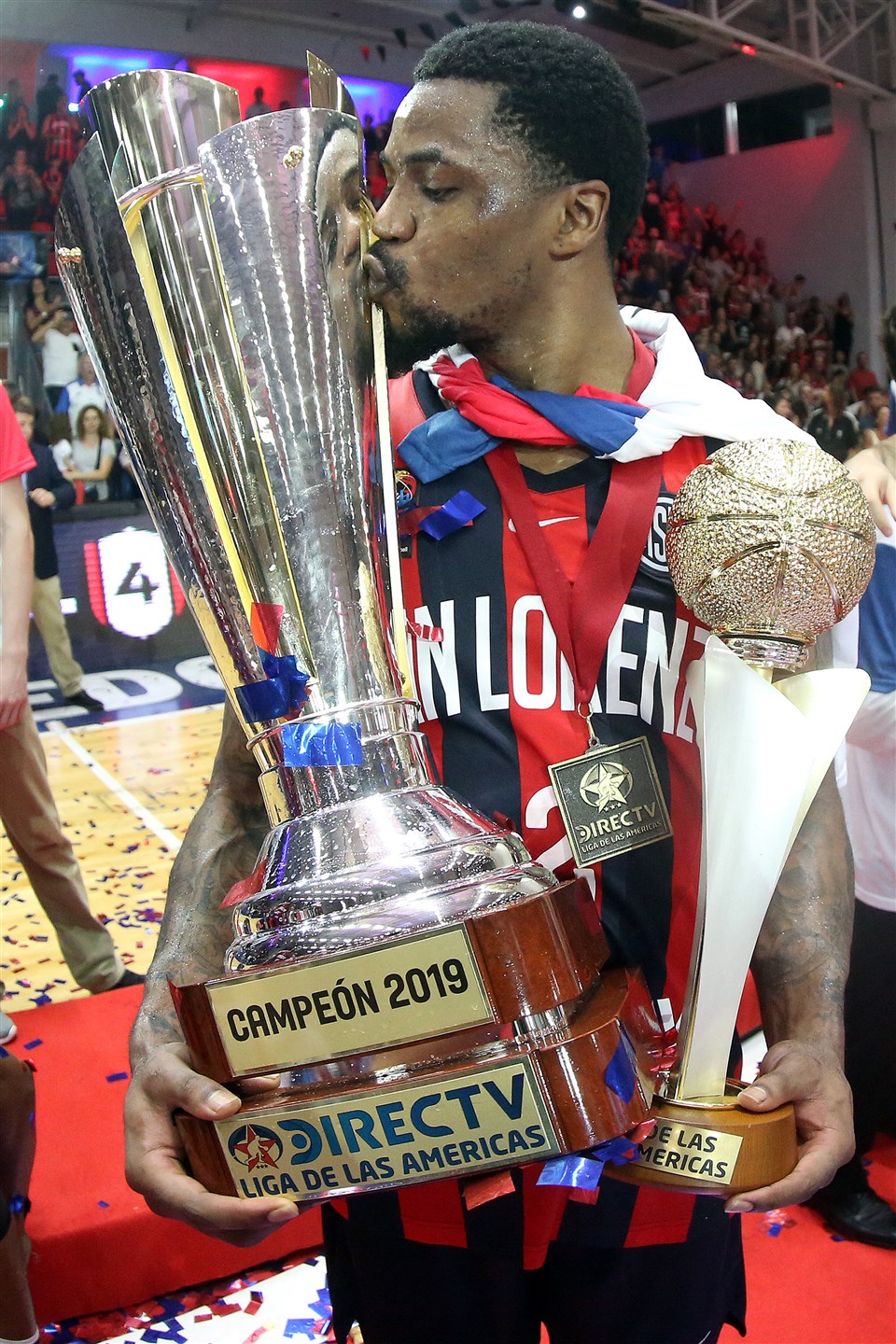 “I'm happy, I love to have won the title, because it means a lot to be an Americas champion, and especially so after achieving it for two years straight. Besides, being acknowledged as the MVP is a great satisfaction because I worked hard in each practice session to improve my game and get to where I am now. This prize shows me that my job was good and that it’s creating results,” recognizes Tucker, who was the greatest scorer of the final, with 21 points. Tucker was one of the tournament's featured players and was San Lorenzo’s greatest scorer, with an average of 16.3 points, and was among the main players in all aspects of the tournament. “Standing out in this San Lorenzo, that has so many important players, is difficult. But at the same time, it's good for me because it helps me to improve every day, knowing that I have teammates that are as good as I,” explained the player born in Saginaw, Michigan, and who will soon turn 31.

The joy of San Lorenzo players, after the Venezuelan champions’ triumph, liberated the tension that had generated a very hard-fought decisive game. The shooting guard pointed out that “Guaros are a team of great stature and experience, but we didn't have any doubts that we would be able to win the game, despite our defeat in the semifinals. I never had any doubts about our possibilities and I was confident that we would win if we were to face them again, because as a group we feel that we can compete and defeat any team we face. We also accepted the responsibility of keeping the championship. Besides the club’s objectives, us, as athletes, always want to win it all.” 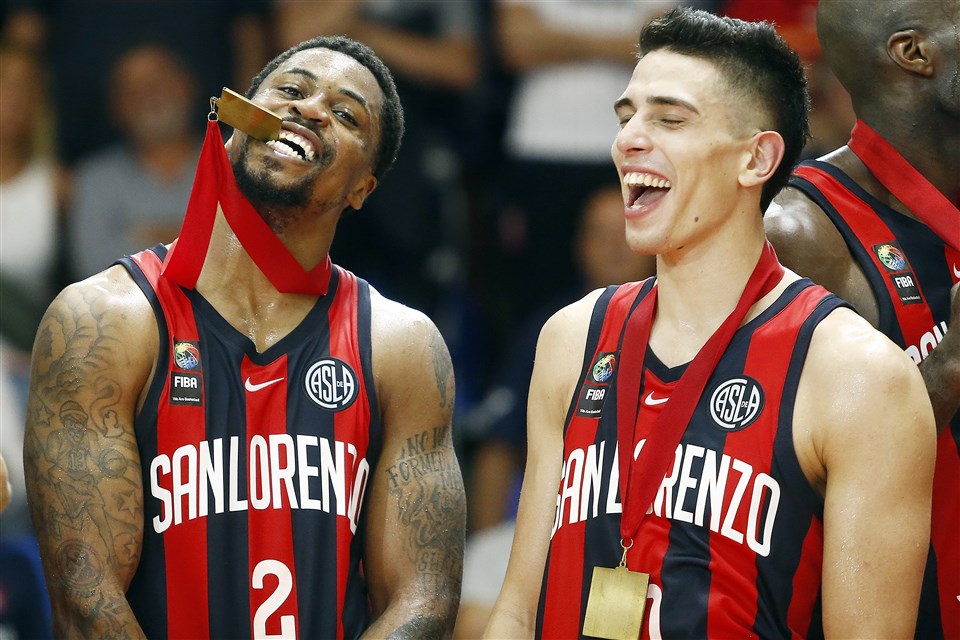 Tucker reassures that his and the team’s idea is to keep winning, which is why he doesn't analyze the past too much. Not even the recent past, which includes the upset San Lorenzo suffered in a dismaying performance in the Intercontinental Cup in Rio de Janeiro. He stops smiling for just a moment to assure that “the Liga de las Américas conquest isn’t a rematch for what happened in the Intercontinental (Cup), it’s nothing like that. That already passed, it's already in the past. We wanted this tournament, because it was important for the club and for us. Also, we’ll play in the next Intercontinental and I hope that we can win that as well.”

As a professional athlete, after two seasons in De Paul University, Tucker passed through several countries — between 2009 and 2015 — with stints in the NBA Development League, France, the Dominican Republic and Venezuela. But since 2015 he's lived in Argentina, where he’s spent four consecutive seasons.

“I stayed because I'm comfortable here. Many teams here were interested in me and I had some offers. So I stayed. I feel fine here. I wouldn't mind playing in another country, but to leave, it would have to be with a better financial and sports offer,” he clarifies. 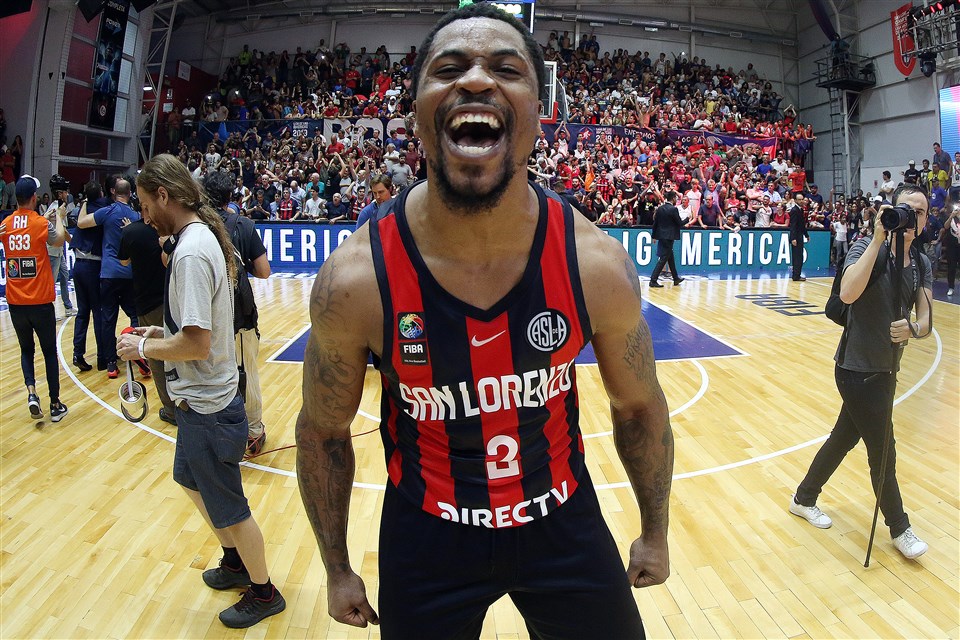 But Tucker's present is with San Lorenzo, a team that he finds to be very attractive for several reasons. The shooting guard shares that “there's a brotherhood environment in the club, they're like a second family. This is something you don't find a lot when you play in other countries. I feel it's marvelous to play here. I love the fans, the city of Buenos Aires and my team. I really enjoy playing in this club. Because they're used to soccer (football), the fans give us that same support, with a lot of chants, and that turns into energy for us, players.” 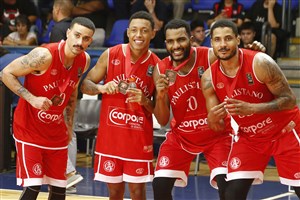