Capitanes de Arecibo is the only team that has participated in all Liga de las Américas editions. There is an outstanding figure who, since the beginning of that 2007-2008 season, and until 2019, has had an almost perfect attendance record. And that is Rafael “Pachy” Cruz. The current coach of the Puerto Rican team participated in six editions when he was a player, one as an assistant coach, and has now ranked four as the main coach. “I've had the blessing, fortunately, of being in many editions of Liga de las Américas. I've seen the tournament grow while I grew as well. Having been here since the first, as a player, and also enjoying the development of the Capitanes franchise has been important. I remember that we arrived with hopes and, from there, we face each year as a challenge to see how our country's basketball is. Ever since I've been a coach, it's the same challenge. However, the mentality of how I face the games has changed. It's definitely a very beautiful competition. It allows you to see other cultures, see how other play, analyze the strengths and weaknesses of the other teams and calculate your possibilities. I hope to keep participating in this tournament for a long time,” the coach said.

In each edition of Liga de las Américas where he played, Cruz wore — as he did in almost his entire career— the number 13 of Capitanes de Arecibo. Today, that jersey has been retired after having been used for 20 years by the team's former point guard — from 1994 to 2013. Of the continental tournament's inauguration in the 2007-2008 season, Pachy has a pleasant memory: “I was very excited to be able to face the champions of different continental leagues. For us it was a prize and an honor to be able to play among the best. In fact, every year it’s still as exciting. We always want to see who we're facing, and we try to prepare very well.”

2014 was the only year in which Cruz was not a part of Capitanes de Arecibo. In his last year as a player, and his twenty-first as a professional, he wore the Atléticos de San Germán uniform. After that campaign, he announced his retirement and became a part of Omar González’s technical team, now back at his home: Arecibo. “When I made the decision of retiring as a player, Mr. Luis Monrouzeau, the team's owner, took me in and gave me the opportunity of being an assistant. I learned a lot. In the beginning it was hard because my winning and competing spirit would overpower me. Then came the opportunity of leading this great team and I took it. I always try to give the best of me and to work the best I can. This group doesn’t deserve any less than that. I learn something every day. When I feel that that’s not happening anymore, that day I’ll leave the game. I still have the necessary fire to try to guess the opponent and try to place my group in the best possible position to win. This is something that I'm definitely passionate about,” Cruz adds. 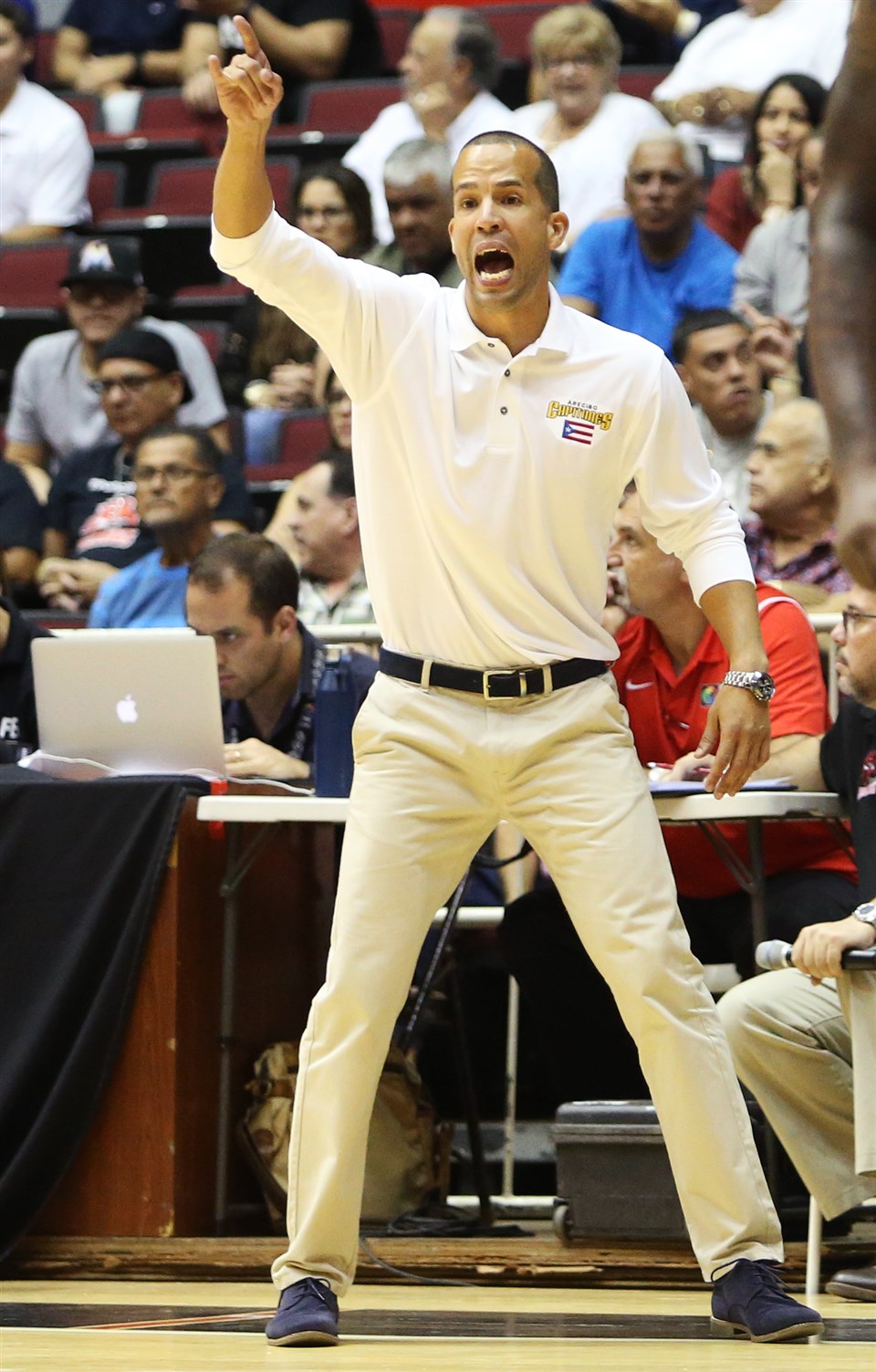 When he assumed his coaching position, Pachy had to lead players that had been his teammates. David Cortés, especially, since they had been in the same team for 13 years. “It was very beautiful. Ever since I took the reins of the team, I've considered that respect and communication are essential. That was a group of excellent professionals that helped me have an easier transition, and David was an important part at the moment,” says Cruz.

Now, after having spent enough time in both roles to be able to have a clear vision of the team's situation, Cruz shares what task he believes is more challenging: “The role of the player is a bit easier, because you prepared physically, you followed instructions and played. Then, you'd go and rest. Being a coach is much more complex, you're spending 24 hours a day thinking about basketball. If the day were to have 25 hours, I’d be 24 hours (thinking about basketball). The mental challenge of a coach is more extenuating than the physical challenges faced as a player.”

The best performances by Capitanes de Arecibo in the history of Liga de las Américas were in 2010-2011, and in 2013 when they entered the Final Four. On both occasions, Pachy Cruz was a key player in the court. Out of the court, he has yet to get to that level. In 2019 he was close, but his team was eliminated in a hard-fought semi-finals phase played in Buenos Aires. “As a player I was lucky to get to the Final Four. It was something very big for us. As a coach, I hope to keep growing and being able to get to a defining stage. Until now, I've done better as a player, but I hope that the story continues.” That story that links Cruz directly to Capitanes may someday come to a close. Meanwhile, he enjoys the journey: “We're here just for a while. We must use the time we have to represent the organization, and in my case, the town I'm from, with dignity. When I'm not here anymore, Capitanes de Arecibo will continue to represent us very well. I like to defend my town’s colors and the very good relationship I hold with Luis Monrouzeau. I don’t see myself out of Arecibo, but you can never say never. In the future I would like to coach overseas to have a different challenge, to learn about other cultures and grow professionally. But in Puerto Rico I'm from Capitanes, and I'll continue to be a Capitán.” 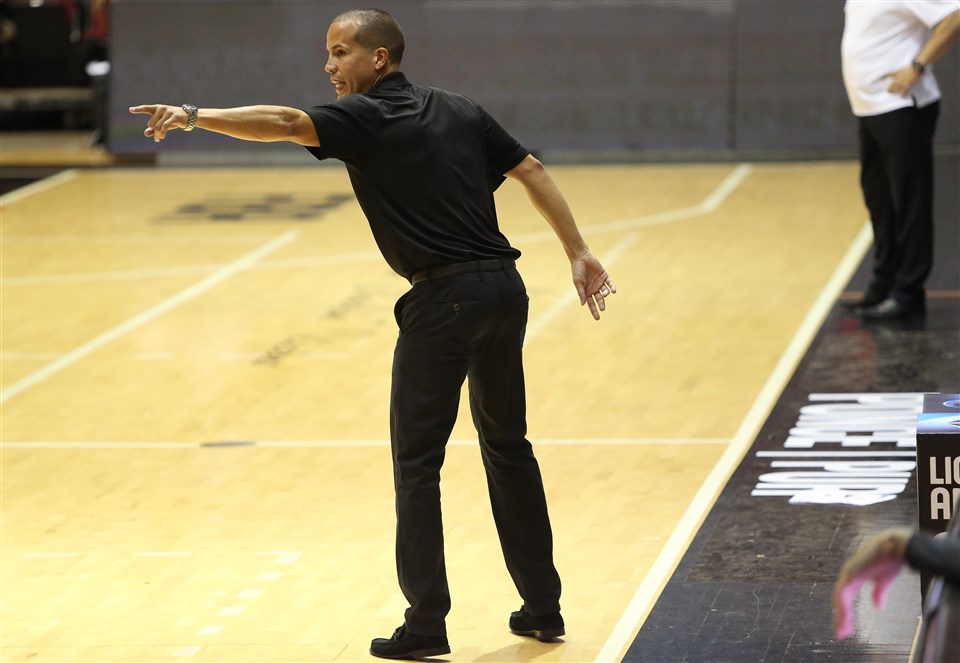 His rich career as a player and as a coach has very deep family roots. Joe and Marijulia, who played for 10 years in the Puerto Rico national team, are his older siblings. With a difference of 12 and 9 years, respectively, they guided him through the sport of the orange ball. “I would go to all practices, I would get in time-outs to throw to the rim, I would always be there. My siblings played basketball and I grew up trying to be like them. At 4, 5 years of age I already dribbled and made shots to the rim at home. I played in all of Puerto Rico’s youth categories. At 14 they gave me the chance to sign with Capitanes to play already with the men. I lived the entire growth of the franchise, from those difficult years until now, where we're one of the best teams in the nation. Spending 20 years in our town’s team, retiring and in a short amount of time taking the lead... that’s something that if you dream and plan it out it doesn't come out as well. Basketball is my life and my passion.” Capitanes de Arecibo has a symbol, and that is Pachy Cruz, their Captain of the Captains. 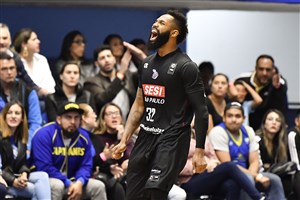 Guaros, Capitanes, San Lorenzo and Paulistano in search of glory 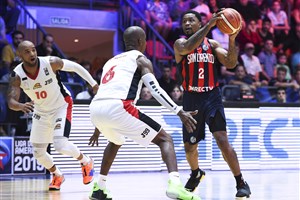