Guaros, Capitanes, San Lorenzo and Paulistano in search of glory

BUENOS AIRES (DIRECTV League of the Americas 2019) - Guaros de Lara (Venezuela), Capitanes of Mexico City, Paulistano (Brazil) and San Lorenzo de Almagro (Argentina) earned their place in the most select basketball event of the continent, the Final4 of the DIRECTV Liga de las Americas 2019, and now they will have to prove who is the best on March 30-31, at the Polideportivo Roberto Pando in Buenos Aires, Argentina.

On Saturday, Guaros will face Capitanes and San Lorenzo will take-on Paulistano. The winners will go-on to play at the Final on Sunday, while the losers will play for the third place.

In duel that will mark the beginning of the Final4, Guaros looks solid after arriving undefeated with a 6-0 record. The Venezuelans, who already lifted the title of the DIRECTV Liga de las Americas in 2016 and 2017, want to recover the scepter and have the elements to achieve it.

The team’s core of players is complete with Néstor Colmenares, José and Gregory Vargas, Heissler Guillent, Luis Bethelmy, Justin Williams, Aaron Harper, Rodney Green, Brandon West, David Cubillán and Yohanner Sifontes, and although they have not had action in their National League, in the last two weeks they have been training together, which has increased the chemistry of the group led by coach Fernando Duró.

"We are very focused. It is a beautiful opportunity to continue making history outside of our country. We are an organization that has worked hard to get a lot of achievements and now we are two steps away from something big," said Heissler Guillent. "We are a group full of experience, that knows it’s objective. We respect our rivals. They are hard teams and they also come for something big. No one here will give away anything and the mistakes will be paid dearly," added the player.

For its part, Capitanes arrives with the moral high after achieving for the second consecutive year the qualification to the Final of the Mexican National League, following a 4-2 series win over Soles de Mexicali in the Southern Conference Final.

"We never thought in our best dreams that we would be for the second consecutive year in the finals of the National League. Being among the best four teams in the Americas... what more can we ask for. We will continue to daydream. There are Mexican clubs with a lot of history that have never reached a Final4, so in our second year as a franchise, being in the top four is a success", said Head Coach Ramón Díaz.

Rigoberto Mendoza, Ismael Romero, Pedro Meza, Héctor Hernández, Gabriel Girón, Ernesto Oglivie and Jorge Gutiérrez, will be the mainstays of the team. The only doubt is Daniel Girón, who suffers from an ailment in one of his knees.

Capitanes reached this stage with a 4-2 record and as the second placed team of the first Semi-Final Group.

In the second match, San Lorenzo and Paulistano will clash. The Argentines are the current champions of America and will defend the title at any price. They will have the advantage of playing at home, which will serve as a great impulse, but they are clear that they must execute on the court in order to reach the goal.

"We are happy to have the Final4 in Boedo, we are very excited. Paulistano is difficult. They have point guard Yago Mateus, who is a hard player, 'Penka' (Nicolás Aguirre) and I have a complicated task to stop him," said José Vildoza to EmboCASLA.

"Paulistano is a team of young players that is very dynamic and intense. We are going to face a difficult opponent. It helps to play at home, but we have to make the necessary adjustments to be able to win," added Carlos Duro, assistant coach of San Lorenzo.

San Lorenzo has maintained its dominance in the Argentine league with a 19-1 record, including an eight-game winning streak. In the Continental League, it has a 5-1 record following a loss to Guaros in the last game of the second Semi-Final group.

Paulistano, certainly, will not be an easy opponent. The fact of arriving undefeated to this phase is a great credential. The current Brazilian champion has opted for the youth of Yago Mateus and George De Paula, who have complemented very well with Leo Meindl, Evan Requemore, Renan Lenz, Guilherme Hubner, Eddy Carvalho, among others. A conquest in this Liga de las Americas would be something transcendental.

"It's a great moment for us. We climbed some steps on the national stage and now we are on the same path on the international stage. This is the result of the club, which for many years has valued the base and its players. Being among the four best teams of the Americas is a great fact for us. Since we got here, we're going to fight for the title," said coach Regis Marrelli to the NBB press in Brazil.

In the Brazilian circuit, the Paulistas finished the regular stage in fifth place with a 16-10 mark. They will play the knockout phase of the playoffs against Cearense, but now all their energies are focused on this Final4.

"Any of the four teams has the capacity to win the competition. Independent of that, we will fight to reach that final. We are going to look for that unimaginable title for Paulistano", added the coach. 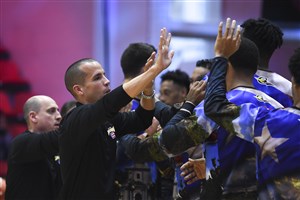 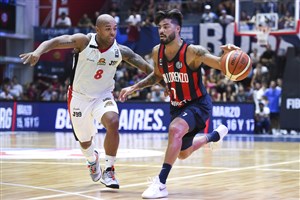