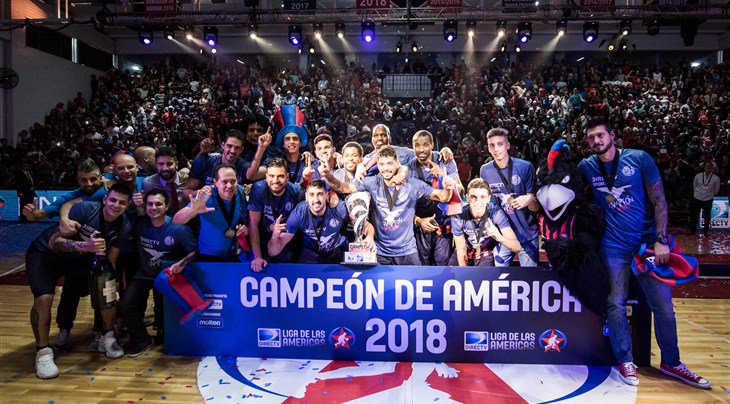 BUENOS AIRES (DIRECTV Liga de las Américas 2018) — San Lorenzo are the new monarchs of the Americas. The team commonly known as “El Ciclón (The Cyclone)” went strong in Boedo, defeated Mogi das Cruzes, 79-71, and raised the trophy they greatly desired. The cup of the eleventh edition of Liga de las Américas went into the hands of the Final Four hosts, who won the tournament with no losses. Gabriel Deck, with 22 points and 10 rebounds in the final, was the tournament’s MVP.

The decisive game was thrilling from beginning to end, with Mogi showing that they would not be mere attendees to another team’s party. In fact, the Brazilians were able to establish a 12-point difference (20-8) in their favor during the first quarter. But San Lorenzo recovered in the second quarter, with a very intense defense and Deck's active participation in the offense; closing the first half 40-38 in their favor.

The third quarter was, once again, key for Gonzalo García’s San Lorenzo, who could find a maximum advantage of 15 points (57-42) and closed with a 9-point difference over Mogi. It was expected that the locals win the game at the last quarter. Nevertheless, Mogi portrayed character and prevented a wide difference. A 2-pointer by Marcos Mata when 1.33 was left and Guerrinha’s squad was close to 5, was essential for the Argentines on their road to the title.

Besides Deck’s noteworthy performance, who averaged 26 points in the Final Four, Nicolás Aguirre was also key with 11 points, 9 rebounds and 9 assists. Also, Dar Tucker added 15 points, Mata 11 points and 8 rebounds, and Javier Justiz 8 points and 5 rebounds. For the losing side, Tyrone Curnell was the most outstanding, with 22 points.

In the game for the third place, Regatas Corrientes won the bronze after defeating Estudiantes de Concordia 60-59 in a duel that was as equal as the results show. Both teams were not able to establish more than an 8-point difference. Regatas were superior in rebounds (45 vs 33) and a greater contribution in points by their substitutes (20 vs 10); while Estudiantes knew how to use the counterattack opportunities to level the scoreboard (they managed 20 points like this, while their rivals only did 2). The decisive shot was made by Brandon Thomas when 47 seconds were left on the clock and, after several erratic attacks, Alejandro Zurbriggen was not able to throw the last ball. And so, the team from Corrientes celebrated. In Gabriel Piccato’s squad, Juan Arengo was the most outstanding with 11 points, 7 rebounds and 7 assists; while the greatest scorer was Alexis Harris, with 18 points. Like this, Regatas once again stood on the continental podium as they had done on 2011 —although on that occasion they were celebrating first place. For Estudiantes, their fourth place is a greater achievement than what they expected before the competition, and they got it with a lot of intelligence and teamwork. 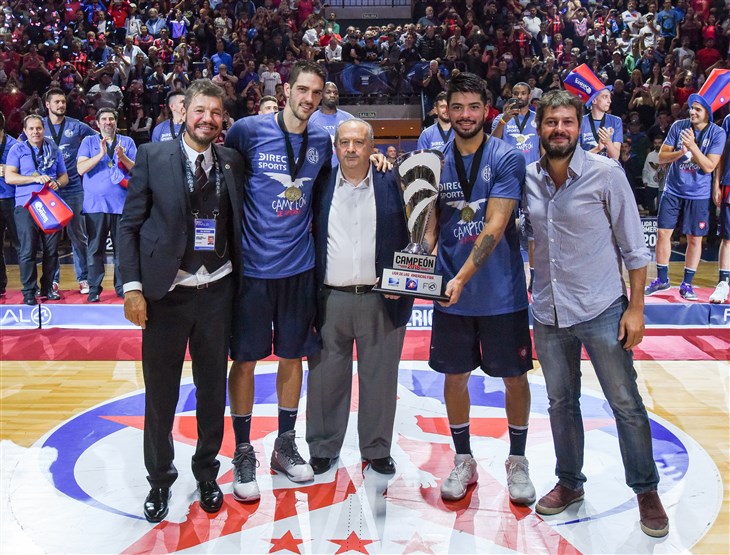 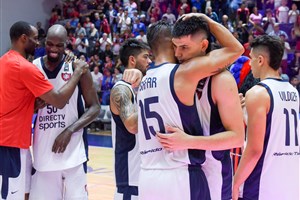 Aguirre: "Being champions of the Americas is something unique" 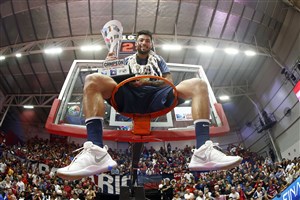 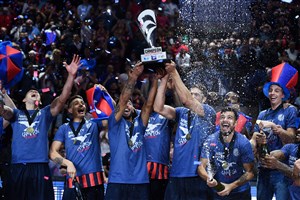 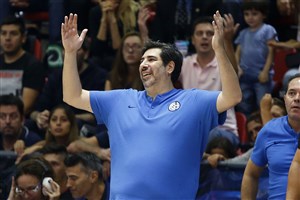 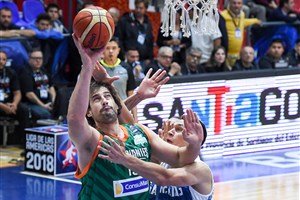