SAN CRISTOBAL DE LA LAGUNA (Spain) - When the FIBA Intercontinental Cup tips off in Tenerife on February 7, it will mark the latest chapter in an event that was first played more than a half-century ago.

The competition has experienced profound change in its long and rich history.

Though only a test event, the 1965 game between S.C. Corinthians and Real Madrid in Sao Paulo can be viewed as the real start of the FIBA Intercontinental Cup.

A whopping crowd of 10,000 spectators showed up and not just because it was a battle between the best of South America and the best of Europe, but because of who was on the court. That Corinthians team had  Wlamir Marques, the Brazil legend who had been the MVP of the FIBA Basketball World Cup 1963, in Rio de Janeiro. 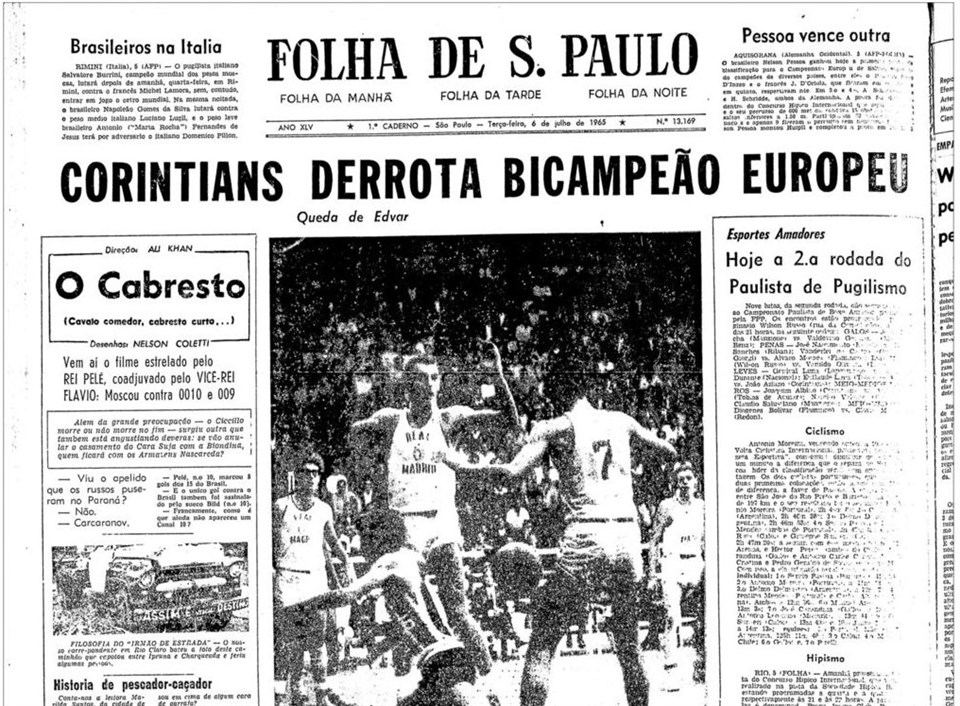 Marques had 51 points in the 1965 win over Real Madrid

Marques excited the crowd by pouring in 51 points in his team's 118-109 triumph.

The Ginasio Poliesportivo Parque Sao Jorge was buzzing before the game and in raptures after it.

The test game was such a hit that a first official FIBA Intercontinental Cup was staged the following year in Madrid. With 1971 a lone exception, the competition was held every year after the test event up to 1987.

In 1966, the FIBA Intercontinental Cup was a four-team event in Madrid. Italian powerhouse Ignis Varese prevailed over Corinthians with Real Madrid defeating Chicago Jamaco Saints of the USA in the Third-Place Game.

In 1967 and this time in Italy, Akron Goodyear Wingfoots represented the United States and beat Ignis Varese in the Final while Simmenthal Milano came in third and Corinthians fourth. The Wingfoots would go on to win the next two as well on American soil.

In 1968 they finished top of a glittering field that included Real Madrid, Simmenthal Milano and Botafogo of Brazil. Real won a hard fought clash with the Italian club to reach that title game. 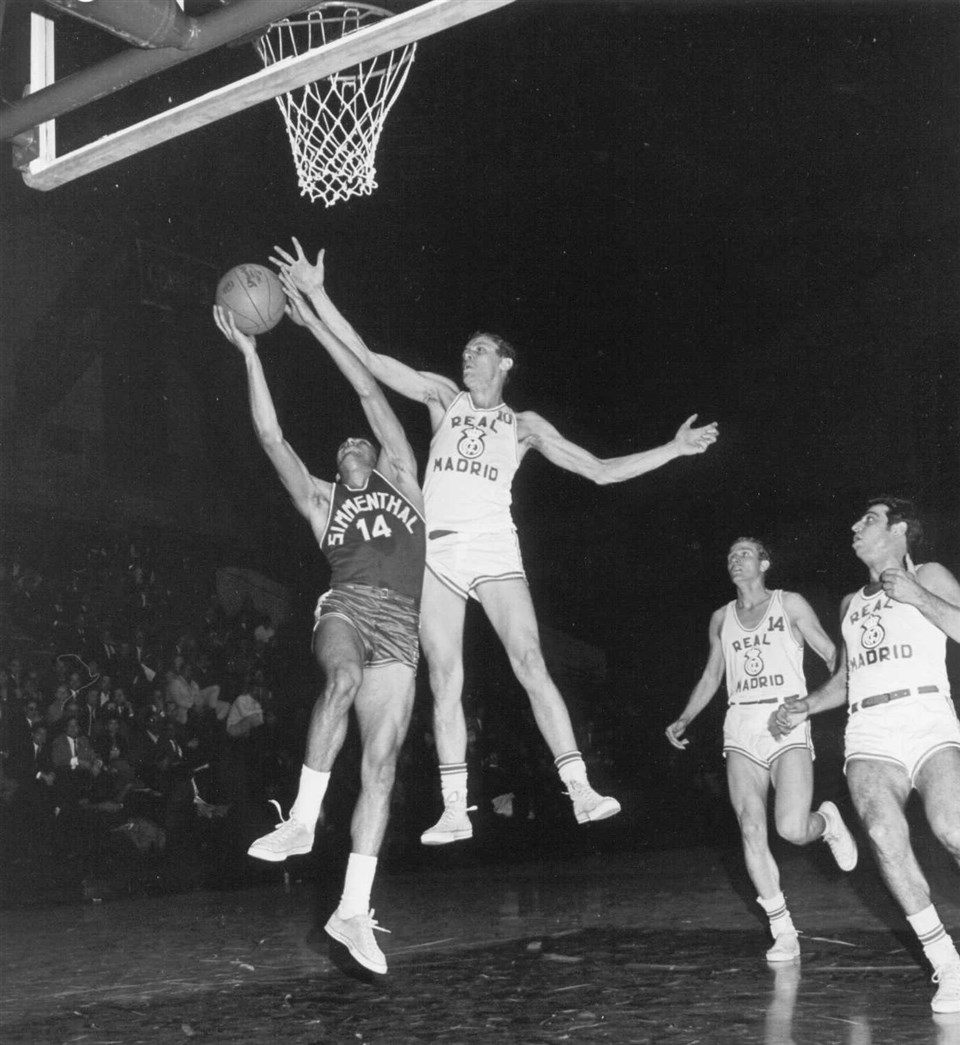 The tournament continued to be played in different cities and usually had some of the best clubs in Europe (Real Madrid, FC Barcelona, Varese, Maccabi, Panathinaikos and Olympiacos) and the Americas (Flamengo, Corinthians and Obras Sanitarias) taking part.

Among the legends to excel in this competition are two greats that are now in both the FIBA Hall of Fame and the Naismith Memorial Basketball Hall of Fame: Arvydas Sabonis and Oscar Schmidt.

In 1986, while playing for Zalgiris Kaunas, Sabonis led the Lithuanian giants to glory in Argentina. That edition was held in the cities of Cordoba and Buenos Aires, and featured a total of eight teams. Sabonis poured in a game-high 26 points as Zalgiris won 84-78 over Ferril Carril Oeste.

Among Oscar's terrific displays in his career was his 42-point night for Sirio in their 100-98 win over Bosna in the FIBA Intercontinental Cup Final on October 6, 1979, in Sao Paulo.

In more recent times, a player that is sure to be viewed as a legend, FIBA EuroBasket 2005 winner and 2006 World Cup runner-up Vassilis Spanoulis of Greece, fired Olympiacos past Pinheiros Sky in 2013. That edition had just the two teams and was played over two legs, with the Greek club winning 167-139 on aggregate. 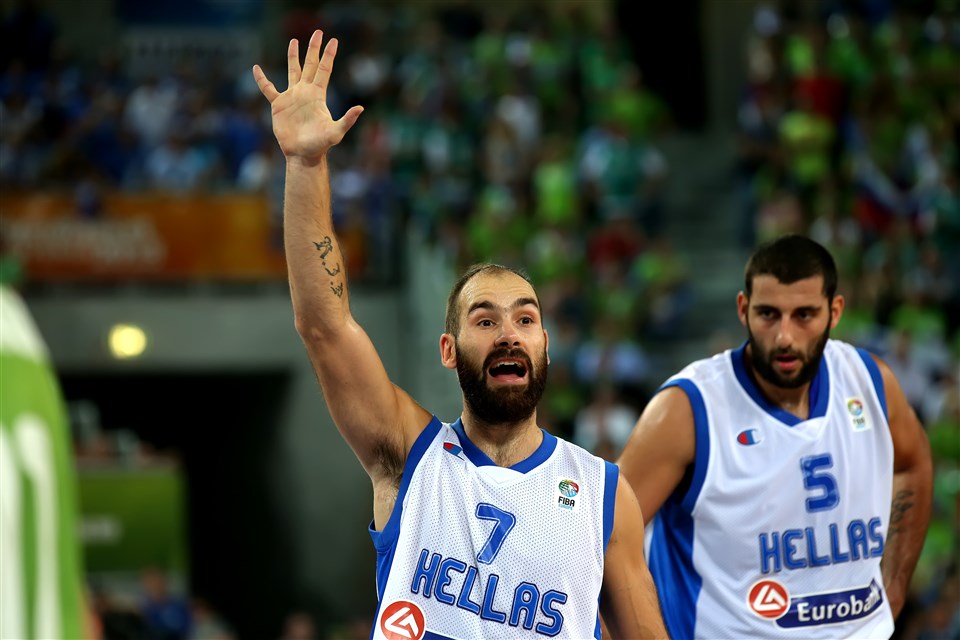 AEK became the third Greek team to win the FIBA Intercontinental Cup last year, after Panathinaikos (1996) and Olympiacos. That latest edition was held in Rio de Janeiro, with AEK defeating Flamengo in a hard-fought Final. Argentinians San Lorenzo and for the first time ever an NBA G-League team, the Austin Spurs, were in the field.

The tournament didn't leave the home fans happy with Flamengo falling, yet there were plenty of highlights to savor, and to remind everyone of how special the FIBA Intercontinental Cup is.

While there have been years, following its inception, when the tournament did not take place (1971, 1988-95 and 1997-2012), the FIBA Intercontinental Cup has always captured the imagination when it has been held.

Excellent teams show off different styles of play which have made for some memorable games.

Iberostar Tenerife are hosting this year's event which has, for the second straight time San Lorenzo, and also Virtus Bologna and Rio Grande Valley Vipers.

It's the second time the Canary Islanders are staging the competition.

They hosted the 2017 FIBA Intercontinental Cup, after winning the inaugural Basketball Champions League, and defeated the Guaros of Venezuela, the DIRECTV Liga de las Americas winners, in a two-team event, 76-71. 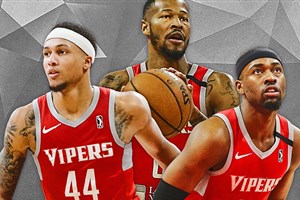 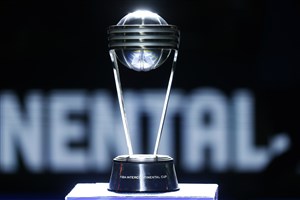