Who was the MVP for each team during the Play-Offs?

MUNICH (Germany) - In an enthralling four days of action in the Play-Offs, 16 teams were cut down to a Final Four with several individual displays catching the headlines.

We picked out a player from each of the teams that entered the Round of 16 phase to determine their most valuable player from last week's knockout stages.

Florence continued his scoring form from the Regular Season finale with 35 points across the two victories for Arged BMSLAM Stal last week. The American guard poured in a season-high of 19 points against Heroes Den Bosch before following with another 16-point outing to help his side past Belfius Mons-Hainaut.

BC Parma continued their charge in a quest for the title with a number of players to choose from. Lithuanian guard Juskevicius gets the nod again with his reliable presence in the back-court enhanced by a deadly shooting stroke, firing in consecutive 18-point games in the two wins. 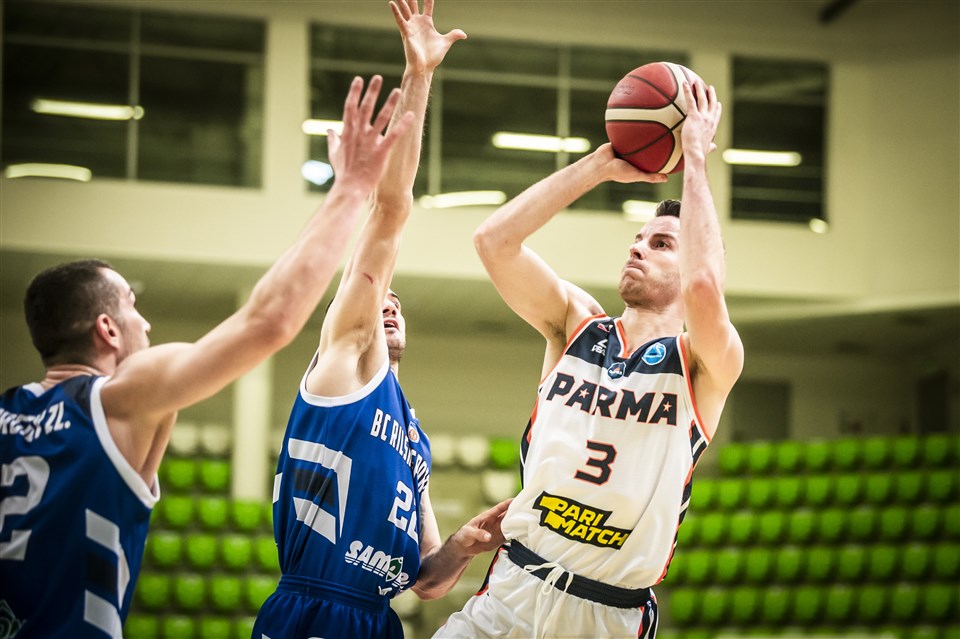 Onto the Final Four for CSM CSU Oradea. Holt led the way in the Round of 16 with 22 points including six triples and maintained his shooting touch in the last eight tie with a 12-point cameo along with 3 assists to help the Romanian side advance on home soil.

No doubt the standout player in the Play-Offs so far as Angola had a dream week for Ironi Ness Ziona in leading his side to the Final Four. The Colombian international was lights out with 27 points in the Quarter-Final victory to back up a 21-9-6 line in the Round of 16 with a combined 7-of-12 shooting from three-point range.

The American point guard starred for BC Balkan with 19 points and 9 assists to lead them into the Quarter-Finals for the first time, in Botevgrad. However, that would be where their run ended with Chambers leading the resistance against BC Parma with 15 points, 4 assists and 4 steals.

Durham was monumental in inspiring a comeback victory for Belfius Mons-Hainaut in the Round of 16 with 16 of his game-high 29 points coming in the fourth quarter. The American guard also handed out 8 assists, but was held to 2-of-9 shooting in the Quarter-Finals with an 8-5-5 stat-line in defeat.

Ebanks had his best two games of the campaign by far during the Play-Offs for Iraklis. The New York native - who was drafted by Los Angeles Lakers in 2010 - scored 18 points in the Round of 16 victory, before netting 19 points on 8-of-13 shooting as his side's unbeaten run came to an end in a Quarter-Finals defeat to Ironi Ness Ziona. 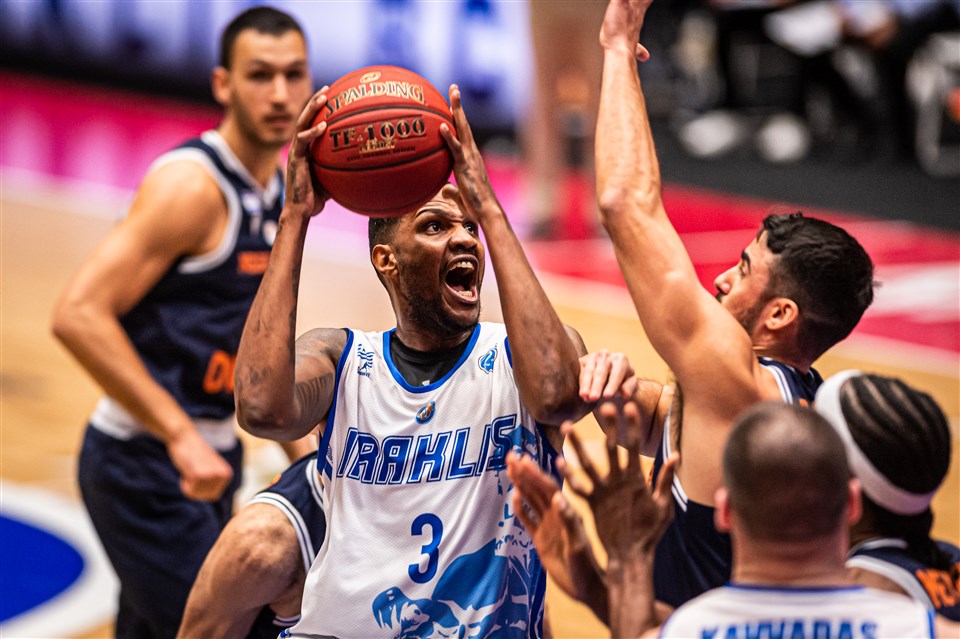 The American newcomer had an immediate impact in the competition for the Italian side with 16 points - including decisive free throws - during their Round of 16 success. Lemar then had 10 points along with 2 assists, though UNAHOTELS Reggio Emilia missed out on a place in the Final Four.

Veteran Polish forward Mielczarek saved his best performance in the competition for the knockout phase, but it was not enough to save Anwil from elimination. The 37-year-old posted 18 points from the start in what turned out to be a tough five-point loss against Iraklis BC.

A performance worthy of advancing in the competition, but it was one-and-done for Hardy and BC CSU Sibiu. The American tallied a double-double with 15 points along with 10 rebounds for an efficiency rating of 28 as his side were edged out by four points against UNAHOTELS Reggio Emilia.

The show came to an end for BC Dnipro in the Round of 16, but Cooper certainly had some fun on the court and did everything he could to get his team rolling with an impressive 13 assists. It was an exciting display from the American guard, who was a basket away from a double-double and also added 3 steals in the defeat in Oradea.

Bliznyuk was the leader for BC Kyiv Basket again with a near double-double of 17 points and 9 rebounds, though his side failed to overcome the challenge of Ironi Ness Ziona. The Ukrainian guard was a consistent performer in the competition this season and led his team with an efficiency rating of 16.3.

BC Prometey were on the wrong end of Belfius Mons-Hainaut's comeback triumph in the Round of 16 having gone unbeaten through the Regular Season. Vaughn had 12 points, 5 rebounds and 5 assists to lead his side as their hopes of advancing were dashed.

The Croatian center made his season debut in the competition with a team-high of 14 points off the bench during their 16-point loss to open the Play-Offs. Krajina added some impetus in Fribourg's fightback from an early deficit, but they had too much to do and ran out of steam late on.

Herndon produced an efficient display on home soil for Heroes Den Bosch as they bowed out in the Round of 16. The American forward was 3-of-3 from inside the arc, and only missed once from four attempts from downtown in a 15-point outing in 23 minutes of action.

One step too far for the Bulgarian side, but Simeonov made a good account against strong opposition with his best performance of the campaign. The 28-year-old battled away inside against BC Parma to put up 15 points on 6-of-9 shooting along with 3 boards in defeat. 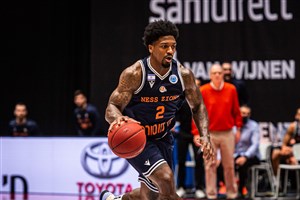