MUNICH (Germany) - Anthony Ireland produced his best performance of the FIBA Europe Cup season to guide SL Benfica to an important win in Second Round action on Tuesday.

The American guard netted personal bests of 18 points and 11 assists including a fourth-quarter takeover as his side secured a 90-79 victory over Bakken Bears.

Ireland put up 13 points, 4 rebounds and 3 assists in the final 10 minutes to ensure Benfica held off their opponents to improve to 2-1. 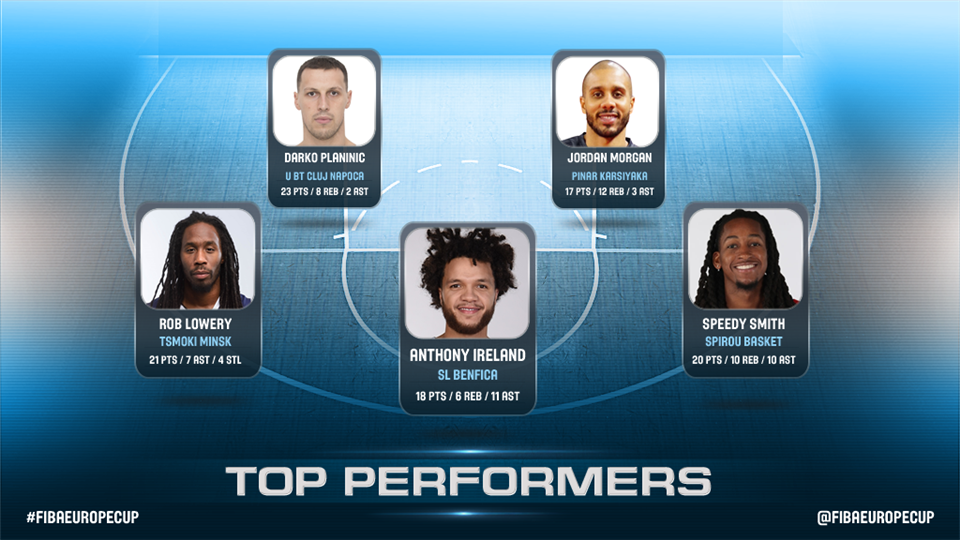 Speedy Smith made an immediate impact for Spirou Basket - having joined the club last month, registering the second triple-double in competition history, though his effort of 20 points, 10 rebounds and 10 assists came in a 97-90 home defeat.

Meanwhile, in the front-court, Darko Planinic makes his first appearance in the lineup this season after finishing with 23 points and 8 rebounds as U-BT Cluj Napoca battled past Ironi Ness Ziona, 84-81.

The Croatian kept his cool down the stretch to knock down a pair of go-ahead free throws to make it a perfect 9-of-9 from the line.

Jordan Morgan rounds out the Team of the Week after a double-double of 17 points and 12 rebounds came in a crushing 100-68 road win for Pinar Karsiyaka against their Turkish rivals. 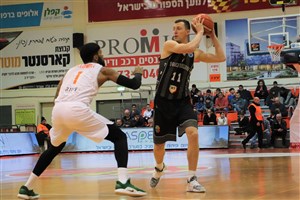