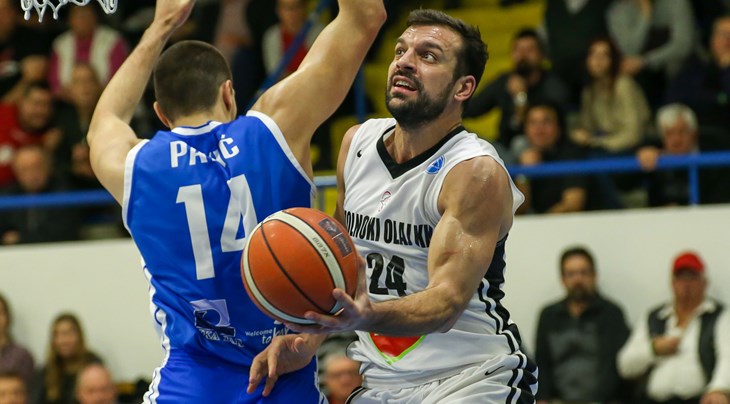 MUNICH (FIBA Europe Cup) - Szolnoki Olaj forward Strahinja Milosevic bowed out from the FIBA Europe Cup on a positive note, claiming the last Top Performer award of the Second Round.

The 32-year-old Serbian player signed off with 19 points, 10 rebounds, 5 assists and a block in a 91-68 victory against Group K leaders Bakken Bears to help the Hungarian side double their win tally.

Despite struggling somewhat with 6 turnovers, Milosevic managed to amass an efficiency index of 28, the most by any player on a winning team this week. 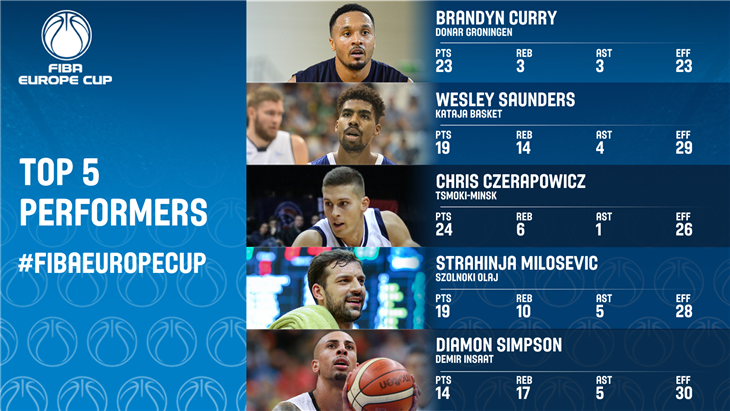 Diamon Simpson of Demir Insaat topped the overall list with an efficiency of 30 after posting a 14-point and 17-rebound double-double with 5 assists, 3 steals and 2 blocks.

However, the Turkish side came up short 90-77 against BC Nevezis and failed to convert their Play-Off hopes into a place in the Round of 16.

Meanwhile, Kataja Basket swingman Wesley Saunders finished the FIBA Europe Cup journey by filling up the boxscore with 19 points, 14 rebounds, 4 assists and 3 steals in a close 85-83 defeat to Istanbul BBSK.

There was a much happier ending of the Second Round of the Chris Czerapowicz-led Tsmoki-Minsk, who earned a last-minute ticket to the next phase of the competition with a 84-45 triumph over Mornar Bar.

Having converted 5-of-6 attempts from three-point range, Czerapowicz continued his stellar play with a 24-point and 6-rebound display.

Elsewhere, Brandyn Curry also guided Donar Groningen into the Play-Offs with 23 points, 3 rebounds, 3 assists and a pair of steals in a 96-72 win over Belfius Mons-Hainaut. 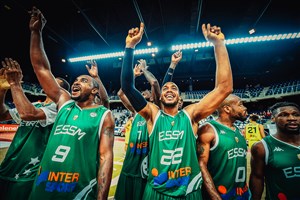 FIBA Europe Cup Round of 16 field confirmed, Draw on Thursday 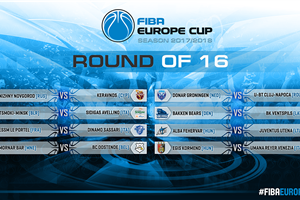