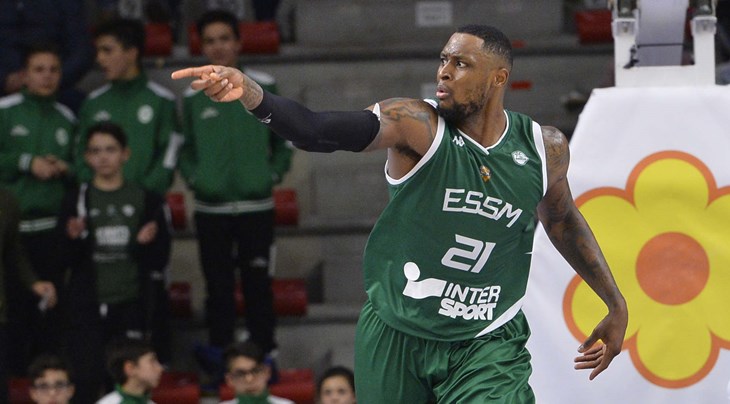 MUNICH (FIBA Europe Cup) - It would have been near impossible for ESSM Le Portel to keep their FIBA Europe Cup campaign alive if it were not for Franklin Hassell and his second-leg explosion against Dinamo Sassari.

The 29-year-old big man earned the Top Performer honors after posting a 33-point, 12-rebound double-double in a 100-81 overtime win over the Sardinian visitors at Le Chaudron, overturning a 17-point deficit from the first meeting.

Having made 13-of-18 field goals and converted 7-of-9 attempts from the free-throw line, Hassell also added a pair of steals and finished the contest with an efficiency ranking of 37, by far the best mark this week.

After a down-to-the-wire culmination, Le Portel edged their counterparts from Italy by two points on aggregate and qualified for the Quarter-Finals where they will face Bakken Bears.

The Danish side held on to their first-leg cushion against Ventspils despite an 81-75 loss at home in Aarhus, with Jeffrey Crockett doing most of the damage with 23 points on 8-of-11 shooting from the field, while also adding 9 rebounds, an assist and a steal in 30 minutes of action.

Meanwhile, Mornar Bar guard Nemanja Vranjes registered a new personal best in the FIBA Europe Cup with 29 points in a lopsided 90-63 victory against Oostende, cancelling out a 13-point defeat in Belgium last week.

The Montenegro international repeated the competition's season record by knocking down eight three-pointers and rounded out his excellent performance with 3 rebounds, 4 assists and a steal.

Stefano Tonut of Umana Reyer Venezia also made a mark this week with an efficient 24-point performance in an unexpected 88-86 defeat against Egis Kormend in Hungary.

The 24-year-old combo guard went 10-of-15 from the field, including four three-pointers, grabbed 3 rebounds, dished out 4 assists and came away with a pair of steals, as Venezia still moved on to the next round of the Play-Offs.

After going scoreless in the first-leg draw against Tsmoki-Minsk, Ariel Filloy stepped up in the reverse fixture in the Belarusian capital, guiding Sidigas Scandone Avellino to the Quarter-Finals with an 81-72 victory on the road. 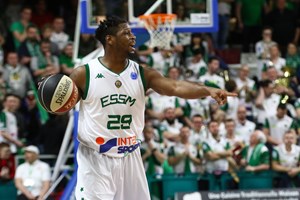 Who got the best grades on the second leg of the Round of 16? 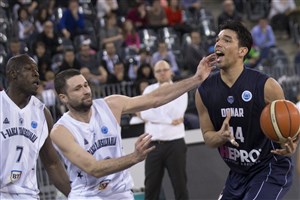