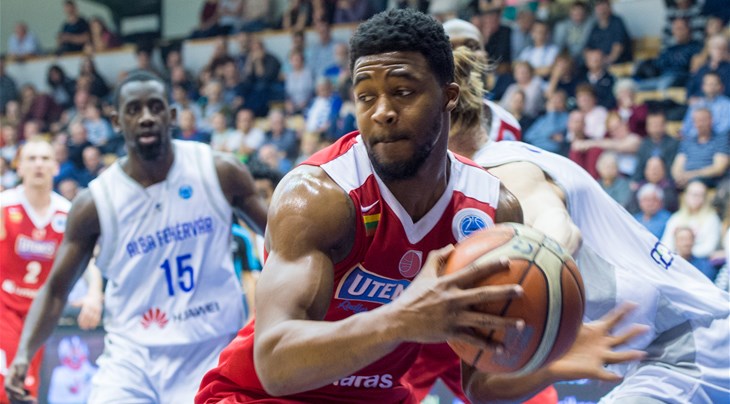 SZEKESFEHERVAR (FIBA Europe Cup) - Juventus Utena survived a tough challenge from Alba Fehervar and became the first team to advance to the Quarter-Finals, despite picking up a 78-76 defeat in the second leg of the Round of 16 tie on Tuesday.

The Zydrunas Urbonas-coached red-and-whites from Utena clipped their Hungarian opponents 163-152 on aggregate, having won the first game in Lithuania by a larger 13-point margin.

Turning Point: After leading by as many as 11 points in the first half but having their advantage erased, Alba Fehervar mounted their last charge in the fourth quarter. They were up 78-72 after Sir Dominic Pointer's three-pointer with 2:57 on the clock, but Juventus kept things under control the rest of the way with a fine defensive effort.

Game Hero: Having arrived to Hungary with eight healthy players, Juventus needed other players to step up and that's exactly what Simas Buterlevicius did, scoring a game-high 20 points on 7-of-13 field goal attempts and adding 4 rebounds and a steal.

Stats Don't Lie: Alba Fehervar went a combined 14-of-57 from three-point range in the tie against Juventus, struggling mightily from deep in both games of the tie. The 24.6 percent accuracy from beyond the arc was the main thing that let them down in the Round of 16.

That was a good game.

Bottom Line: After becoming the first team through to the next round of the Play-Offs, Juventus will find out their Quarter-Finals opponent on Wednesday. They will face the winner of Tsmoki-Minsk and Sidigas Scandone Avellino, who are on level ground after the first leg in Italy.

They Said: "We played a tough game against a smart team. They beat us with pick and rolls in the middle, they played smart and did what they had to do to make it to the next round." – Alba Fehervar guard Alhaji Mohammed

"We are very happy about the result, because it is a big victory for our young club. We are from a basketball country, but we respect our opponents, because they are the champions of Hungary. To beat them is a big deal for us." – Juventus Utena head coach Zydrunas Urbonas 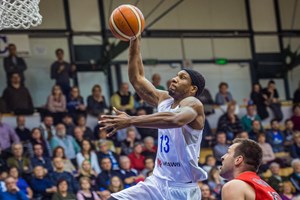 Can Alba Fehervar erase a 13-point deficit against Juventus?

Who will join Juventus in the Quarter-Finals on Wednesday? 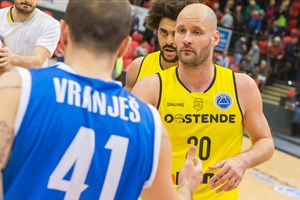