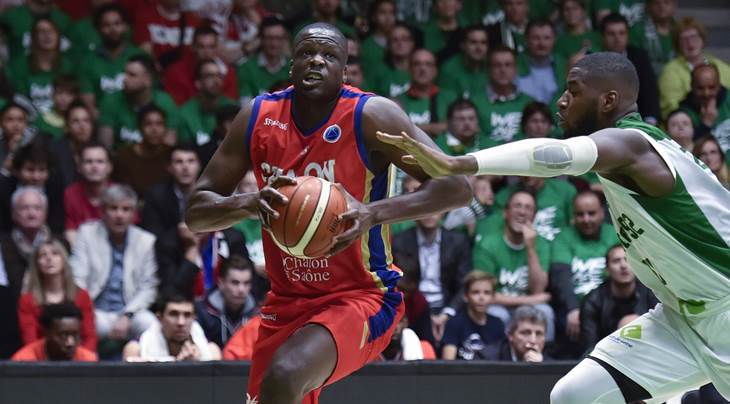 No match for Fall among Top Performers of the Final

MUNICH (FIBA Europe Cup) - Elan Chalon big man Moustapha Fall might have been the most dominant player in the all-French contest for the FIBA Europe Cup crown, but it wasn't enough for the Chalon-sur-Saone side to overcome the Nanterre 92 hurdle.

The 25-year-old center from Paris, who was included on the recently-announced 37-man expanded list of candidates for the French national team, averaged 14.0 points, 7.5 rebounds, 1.5 assists and 1.0 block in the two legs of the Final.

If it wasn't for a slight knock in the first leg at home in Chalon-sur-Saone, it is likely that Fall would have not had any rest whatsoever in the series. The big man ended up playing 77 of the total 80 minutes in the tie, second only to teammate John Roberson by 25 seconds.

Having collected a ranking of 20 in each of the games, the Elan Chalon man in the middle missed only three shots in two games, going 12-of-14 from the field and 4-of-5 from the free-throw stripe.

His frontcourt partner Cameron Clark was also among the best players in the tie. While not as efficient as his teammate Fall, the 25-year-old American forward was the team's driving force offensively, averaging a series-high 20.0 points while also adding 4.0 rebounds and 1.0 steal per game.

The 24-year-old marksman Butterfield was the most consistent contributor of all players on Pascal Donnadieu's side, with team-highs in three categories – 15.5 points, 5.0 rebounds and 2.5 steals on excellent 55 percent shooting from the field.

2 championships 1 week. Can't even believe what just happened! So blessed to have won a European Championship tonight with this incredible team🏆 #EuropeCupChamps #FrenchCupChamps

Hugo Invernizzi collected all 21 of his points in the tie on three-point attempts, torching Elan Chalon with 7-of-9 shooting from beyond the arc. In spite of averaging just 10.5 points and 3.0 rebounds per game, his efficiency on those dagger three-pointers earned the 24-year-old sharpshooter a place among the elite.

Meanwhile, Chris Warren needed just one good performance for another Top Performer appearance. After collecting a ranking of -4 in the first leg, he still managed to be among the best players in the category in combined statistics after turning things around with a 24-point and 10-assist game in the second game in Nanterre.

Elan Chalon had contained the Nanterre playmaker in Chalon-sur-Saone, holding him to just 3 points on 1-of-8 shooting in just 22 minutes of playing time, but the 28-year-old veteran bounced back in the decisive game at home, bumping his averages to 13.5 points, 2.0 rebounds and 5.5 boards per game. 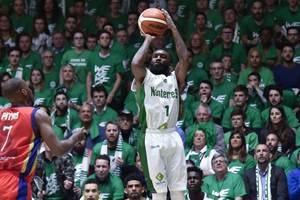 Bombs away for Nanterre, as three-point shooting proves key