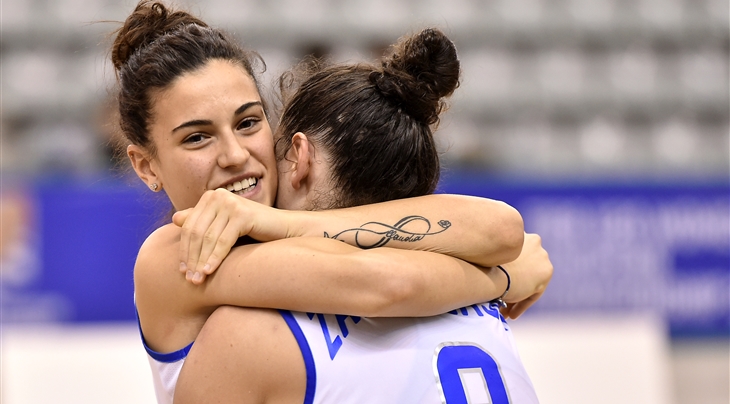 Winning and dancing for Marzia

MATOSINHOS (FIBA U20 Women’s European Championship) – Something extra special seemed to be driving the Italian players as they launched their sensational Quarter-Final comeback against Latvia.

At the heart of their spectacular renaissance which witnessed them overturn a 14-point deficit was Cecilia Zanadalisini. One of Italy’s two kingpins and a fact underlined by her majestic 31 points and 11 rebounds.

"This one was for Marzia because she is our captain and before she left for Italy to prepare for her ACL surgery, she told us all to play hard." - Cecilia Zandalasini

However, Italy’s other leading light wasn’t involved. Marzia Tagliamento is back home on Italian soil and recovering from the ACL injury she sustained earlier in the tournament.

It wasn’t meant to be this way.

Zandalisini and Tagliamento had intended on finishing their youth careers together in Matosinhos before playing alongside each other for the first time as new club team-mates at Beretta Famila Schio in EuroLeague Women.

But fate determined that such a script would be cruelly torn up and so it was unsurprising that after Italy’s astonishing rescue mission to make the last four of the tournament, Zandalasini was drenched in emotion and thoughts for her fallen colleague as the tears welled in her eyes. 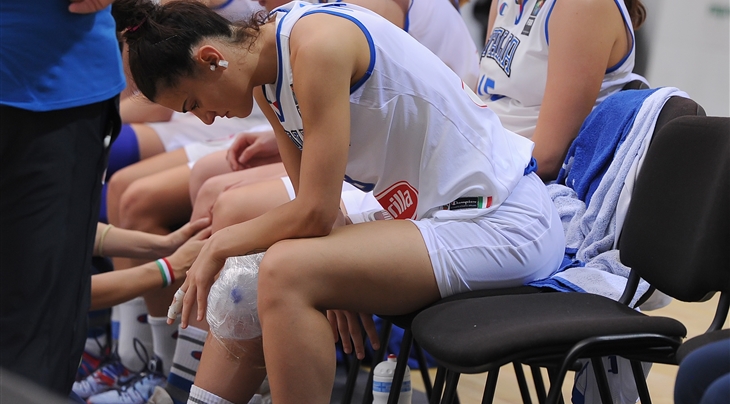 A despondent Tagliamento after picking up her injury

"Our coach told us in the locker room at half-time that it was our final chance to make the most of our last European Championship together. What we did to recover the situation was amazing and I can't even explain what it felt like winning this game," revealed Zandalasini.

"This one was for Marzia because she is our captain and before she left for Italy to prepare for her ACL surgery, she told us all to play hard.

"For me, she is also one of my best friends and I love her so much. This victory feels very special because of this.

"I think this win was also up with one of my best ever moments at any youth tournament. The feeling that the game was slipping away from us and then to have the joy and emotions that we experienced in the way that we fought back is simply unbelievable – it’s so fantastic."

If launching their successful salvage mission did come [either consciously or sub-consciously] from wanting to make up for the poor luck suffered by Tagliamento, it was certainly needed. Zandalisini was ready to drop to her knees from exhaustion with 90 seconds still remaining and was visibly struggling to get up and down the floor.

"I was really praying that we would make our shots and the free-throws at the time. I was shouting at my team-mates to be successful because my legs were dying on me," she admitted.

"But we did it and I can’t tell you enough just how proud I am for the staff, my team-mates and Italian basketball."

While thoroughly fatigued, Zandalasini did manage a quick dance with her fellow Italian player’s courtside after the final buzzer had sounded to suitably mark a famous comeback win.

And while it may have hurt at the time, there's no doubt that those extra quick steps of celebration would have been given a big thumbs up by Captain Tagliamento – someone clearly still very much in Matosinhos – or at least in both spirit and in mind. 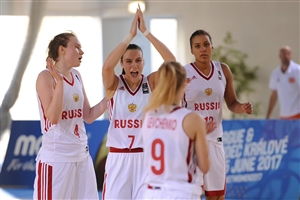 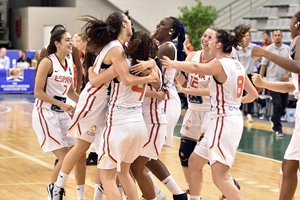 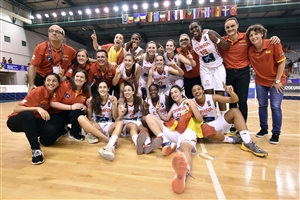 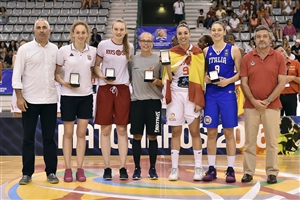 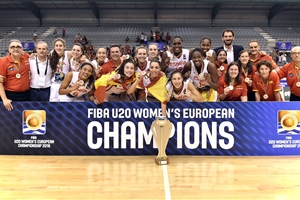