Germany national team coach Henrik Rodl, Maccabi Tel Aviv head coach Neven Spahija and Israeli coaching legend Arik Shivek headline a coaching clinic, which is set to take place in Chemnitz, Germany from July 20-22, during the FIBA U20 European Championship 2018. The clinic is hosted by the Federal Academy of the German Basketball Federation and is supported by FIBA Europe.

The clinic will tip-off with a first lecture on motion offense by Spahija at the Schlossteichhalle Gym on Friday, July 20, with the former Croatia national team coach holding a further presentation on Saturday, alongside two lectures of Shivek. On Sunday, July 22, Rodl will provide insights into the world of defense, specifically 1-2-2 and 3-2 zones, before Shivek concludes the clinic with a lecture on pick and roll offense.

Apart from having the opportunity to learn from three internationally-renowned coaches, all participants will attend the final weekend of the FIBA U20 European Championship in Messe Chemnitz – the two Semi-Finals on Saturday as well as the Third-Place Game and Final on Sunday.

The registration fee for the coaching clinic is EUR 249, including the tickets to the FIBA U20 European Championship games and lunch on Saturday and Sunday. Snacks and drinks are also included. Accommodation options will be presented upon request, following registration.

The coaching clinic allows A and B licenses to be renewed; the renewal of C licenses is available upon request. 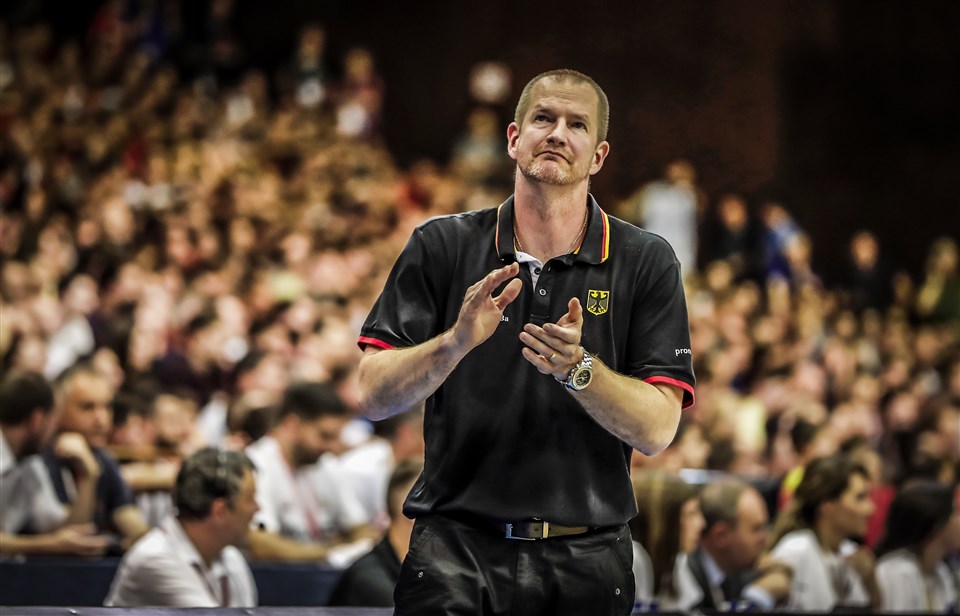 Henrik Rodl
Born in 1969. Rodl looks back at a remarkable playing career, which includes an NCAA title with the University of North Carolina in 1993, a FIBA EuroBasket trophy with Germany in the same year, a Korac Cup title with ALBA Berlin in 1995 and a bronze medal at the FIBA Basketball World Cup 2002. He left his mark on German basketball while playing for ALBA Berlin from 1993 to 2004, claiming seven consecutive national titles in the process and being named Germany's Basketball Player of the Year 1996.

As a coach, Rodl held the reigns of ALBA Berlin from 2005 to 2007, before steering TBB Trier from 2010 to 2015. Having worked with youth national teams and acted as assistant coach for the senior national team, he was promoted to the head coaching role in 2017.

Neven Spahija
Born in 1962. Spahija currently is at the helm of Israeli powerhouse Maccabi Tel Aviv. He started his coaching career in his native Croatia and has made a name for himself all over Europe, having coached top teams in Slovenia, Russia, Lithuania, Spain, Israel and Turkey, winning a domestic title in each of the countries. In 2010, he was crowned Eurocup champion with Valencia. He served as an assistant coach on the Atlanta Hawks from 2014 to 2017, before returning to Maccabi Tel Aviv for a second spell.

Born in 1956. Shivek is currently coaching Israeli club Bnei Herzliya and is boasting vast coaching experience, having taken on his first coaching role in 1983 with Maccabi Netanya. Shivek has mainly coached clubs in his native Israel, Netherlands and Belgium. He was named Coach of the Year in the Dutch Premier League in 2005 and 2009, and Israeli Super League Coach of the Year in 2016 after winning the domestic title with Hapoel Eilat, some of numerous accolades in his career.