Fans, friends, family, Greece - Pokusevski feels like he has the home court advantage

VOLOS (Greece) - The FIBA U18 European Championship 2019 is just another proof that basketball is much easier when you are a seven-footer. Rarely have we seen so many dominant big men in one competition.

First year that comes to mind is 2010, when Lithuania hosted the FIBA U18 European Championship, and a tournament that featured Jonas Valanciunas, Rudy Gobert, Alex Len, Dario Saric, Davis Bertans, Przemyslaw Karnowski, Alen Omic, Linos Chrysikopoulos and many others.

In Volos - which could easily rename itself Brobdingnag, just like the land of the giants was named in Gulliver's Travels - only Croatia's Sandro Rasic and Slovenia's Ziga Samar are in the top 10 efficiency-wise, without playing the power forward or the center position.

France have Moussa Diabate. Spain have Usman Garuba and Santiago Aldama. Turkey have Alperen Sengun, the Netherlands showed the world who Tristan Enaruna is,  with Montenegro's Bojan Tomasevic and Russia's Viktor Lakhin are also among the ten most efficient players of the Group Phase.

But topping them all is a point guard trapped in center's body. Aleksej Pokusevski has done a little bit of everything to lead Serbia to the top of Group A, picking up a tournament-leading 24.3 efficiency points per game so far.

"There are a lot of extremely talented big guys here. Every team you look at, you can find at least one guy and say, 'yeah, he's clearly the best,' but I'm only here to give my best to this team," the slim and slender Aleksej said after Serbia's win over Turkey.

"It's not like I'm playing for myself. I don't care about my points, at the end of the day, if you don't make it as a team to the top four, you're nowhere. That's why I base my game on team play."

We've seen a lot of stories like this before. Guys with similar posture and figure used to dominate offensively with oozing potential and ball handling gift, but were nowhere to be found on the defensive end. This is where Pokusevski excels,  averaging 5.0 blocks and 3.3 steals per game, three games in.

"I love the blocks," the 6ft 11in (2.11m) tall Serbian said. "And I've got a feeling that my blocks are doing something good for the team, too. Defense in general is what gets me hyped, offense comes only after that."

Especially transition offense. Serbian giant does not hesitate to pull up from beyond the arc in full speed, or to throw a no-look pass to one of his teammates, averaging 5.7 assists per game so far. With 10.0 rebounds and 13.3 points per game, his stat line ranks him:

Not a bad tournament for Olympiacos' 17-year-old, who is feeling at home.

"I came to Greece when I was 13. I'm almost 18 now, so it's been nearly five years. I know the language, I can speak it like I am a Greek, and a lot of my friends from around the country came to support us here," Pokusevski said.

"And we have all the parents here, the families of all the players, and our people who live in Greece. We need their support. When they start chanting or singing something, we feel better on the court, straight away."

"DEFEAT TO GREAT BRITAIN WAS A GOOD THING FOR US. WE GOT SLAPPED IN THE FACE." 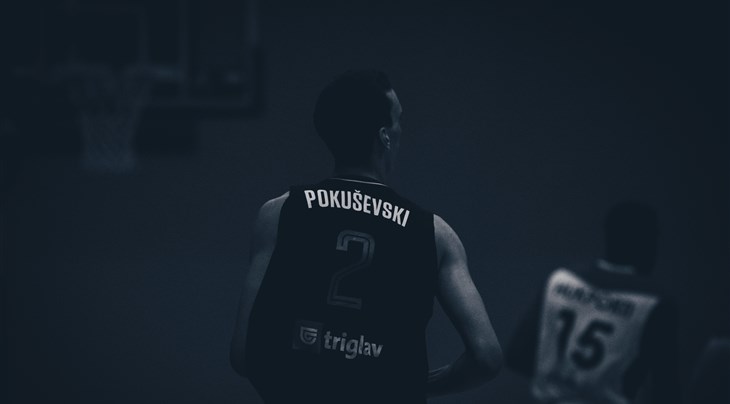 It was best felt in the closing minutes of Serbia's thrilling win over Turkey. Slobodan Klipa's boys were down 66-65 entering the final minute of the game, put then Djordje Pazin, Stevan Karapandzic, Aleksa Markovic, Nikola Manojlovic and Aleksej Pokusevski all came up with big plays in a span of 60 seconds, giving Serbia a 76-67 win. Score of the final minute? 11-1 Serbia.

All powered by the "Hoćemo pobedu! Hoćemo pobedu!" shouts from the stands of the Portaria Hall, meaning the fans "demanded a win," which prompted one of our colleagues, who has been to an infinite number of FIBA Youth Events, to say that he can't remember ever seeing such a support for a Serbian team which isn't playing at home.

"It was a good game. Solid, throughout 40 minutes, with each of our players doing his part, so we are thankful to win it," Pokusevski said calmly after the game of the tournament so far. 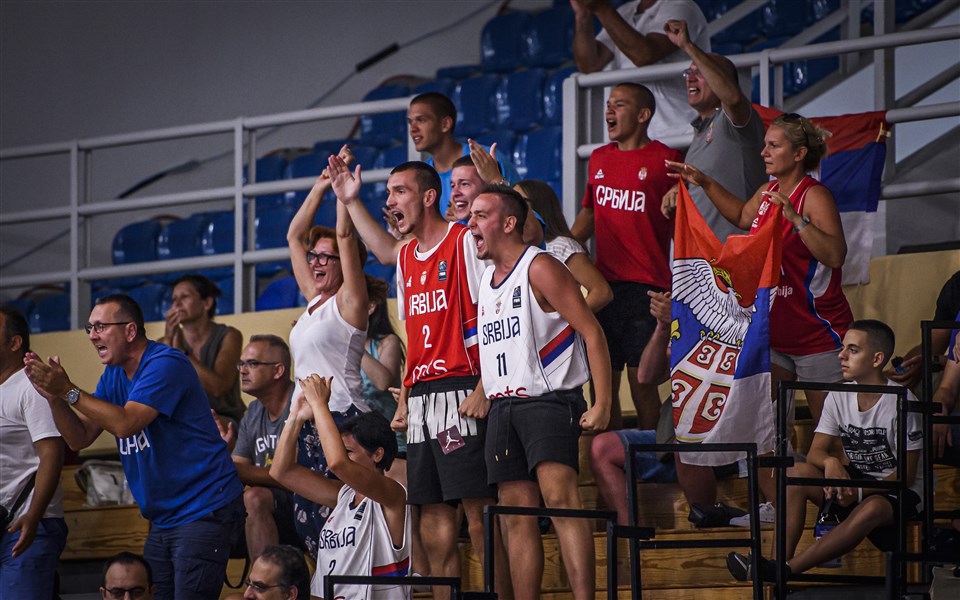 Crazy to think, but the fact that Serbia lost to Great Britain on Game Day 2 might actually be the spark they needed to go deep in this event.

"That defeat was a good thing for us. Because we thought that we had done something after our first win (over Germany), when in reality we had done nothing yet. But we got slapped in our face. We figured out what to do, and now we're winning," Aleksej finished.

Just four more wins remain in schedule for Serbia in Greece. Get them all, and they become the first team to win three straight FIBA U18 European Championships since the Soviet Union finished their run in 1984. 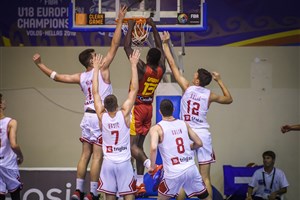 Round of 16 pairings set: Big name duels all across the bracket 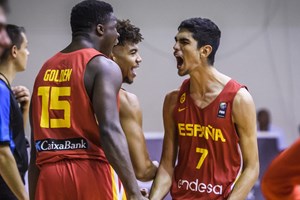 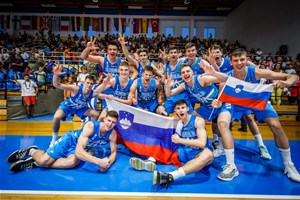 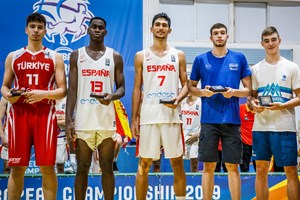 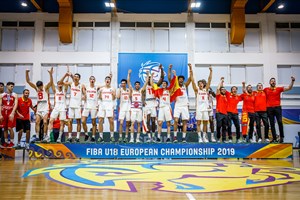