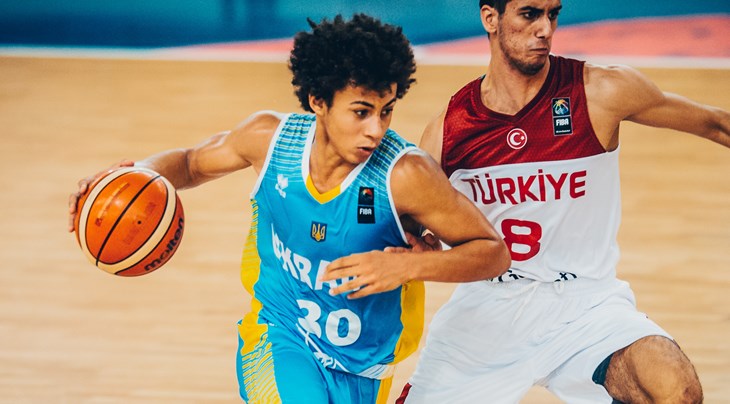 The 17-year-old guard from Ukraine had the crowd at the Diplomat Arena out their seats plenty of times already during the Group Phase and the Round of 16 with deadly crossovers, jaw-dropping dunks and dagger three-pointers.

"It is a very good tournament, but we will keep on pushing and we will try to save our spot in Division A."Issuf SanonIssuf Sanon

In spite of being praised for the energy and intensity by every opponent they met along the way, Ukraine still haven't got on the victory board after close, even heartbreaking, losses in Group B and a 78-76 defeat by Turkey to start the Play-Offs.

"It's hard to look at positives in a situation like this. There were three games we really could have and should have won, but in clutch moments we lacked some confidence, some skills and just gave them all away at the end," said Sanon after putting up his tournament-high 27 points, 5 rebounds, 4 assists and 3 steals in Wednesday's contest against Turkey.

Having fallen to Spain only in overtime and fought well against Serbia in the previous games, Ukraine gave the undefeated Turks a run for their money, but once again couldn't find a way to close out the game despite leading the game longer than their opponents. But it certainly was to no fault of the up-and-comer from Dnipropetrovsk, born to a Ukrainian mother and a father from Burkina Faso.

Sanon starting the game where he left off yesterday! #FIBAU18Europe @UkrBasket 🇺🇦

"All of the teams here are very well-prepared and have outstanding players in different positions on the roster. It is a very good tournament, but we will keep on pushing and we will try to save our spot in Division A," the player looked ahead to the Classification Games for 9-16th places, which will see the three bottom-ranked teams relegated.

"The remaining games will be against teams who also didn't make it to the Quarter-Finals, so I think we have to have the right mindset and forget the defeats that came up to this point."

The FIBA U18 European Championship is the first taste of international basketball for Sanon, who was not with the 1999-born team at the U16 level in 2015 because of an appendix injury and his stellar play has caught many off-guard, both abroad and back home in Ukraine.

Currently the second-leading scorer in the competition, the athletic and flashy guard has also filled the boxscores in other categories, averaging 20.8 points, 6.0 rebounds, 3.5 assists, 3.3 steals and 1.5 blocks per game.

"I have a quick first step and have been using that to get by defenders. There are a lot of really good players in the competition on other teams and our Ukrainian team also has some excellent players," Sanon summarized his first experience with the national team.

The biggest thing holding him back has largely been of his own making, as turnovers, often unforced, have come in bunches in Piestany. One can tell by watching Ukraine playcaller Oleksandr Vorona that he expects better decision-making and more level-headed play from his guard, but Sanon's all-out attacking mindset and intensity are also big qualities in itself.

Ukraine never had so swaggy G as Issuf Sanon. Keep it up, man! #FIBAU18Europe

Having suffered all four of their losses against the Quarter-Finalists, Ukraine will be among the main favorites to earn the top spots in the Classification Games and Issuf Sanon could very likely be headed for the scoring title if he keeps up the high standard of play he has demonstrated so far in Piestany.

Ukraine will continue their campaign against Latvia on Friday, with a win locking in their Division A spot for next year's team as well. 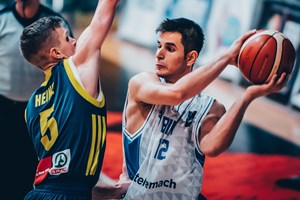 Sink or swim - who will keep their head above water in Quarter-Finals? 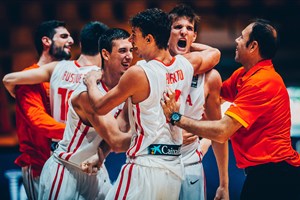 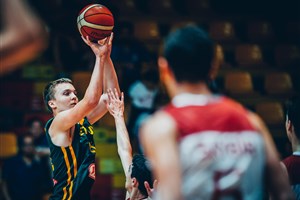