ANDORRA LA VELLA (FIBA U16 European Championship 2017, Division C) - Armenia and Gibraltar opened up the tournament with a Group A duel. The same teams will play the very last game, facing off in the Final.

Armenia overturned a 15-point deficit to hand Azerbaijan an 88-76 defeat in the Semi-Finals. A massive 34-16 fourth quarter was the key, as Georgii Shakhnazarov exploded for 36 points, 6 rebounds and 3 assists. Nikita Galtsev was equally impressive, a 16-point, 19-rebound double-double, with 5 blocks to his name.

Aleksey Chizhenok contributed with 12 points and 14 boards, and Mikia Avedian was the last man in double digits with 11 points, 8 rebounds and 7 assists. Papuna Kirtadze's 35-point performance went to waste for Azerbaijan, who will play the Third-Place Game on the final day of competition. The other Semi-Final was a much closer encounter, with no double digit lead for either team. Gibraltar closed the door on Andorra in the final stanza, holding the hosts to just 10 fourth-quarter points en route to a 61-56 win.

Alejandro Garcia Tejon led Gibraltar with 24 points and 21 rebounds. Rafael Aradas Garces shot 7-of-11 to finish with 16 points and a team-high four steals, while Mohamed El Yettefti had 10 points and 10 rebounds for the winning side.

When the finalists met for the first time in Group A, Armenia took home a 66-59 win.

In the Classification Games, Monaco defeated Moldova 98-59, and Albania beat Wales 58-47. The stage is set for the final day - Malta and San Marino open up the program with a battle for 9th spot, followed by Moldova and Wales in their 7th place game. Monaco and Albania are dueling for fifth. Azerbaijan and Andorra will decide who are the final podium spot owners, and Armenia and Gibraltar take the court in the Final at 19:15 CET. 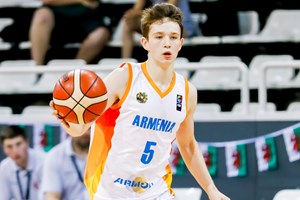 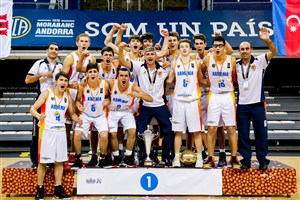 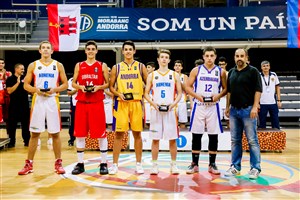