SERRAVALLE (FIBA European Championship for Small Countries) – Malta have gone one step better than 2014, earning their maiden Small Countries title, with an emphatic 75-59 win over Norway in Sunday's Final.

Led by imposing MVP Samuel Deguera, Malta stuck with the same game plan they have used throughout the tournament; going to work in the paint. The 7ft 6in colossus finished with 24 points and 14 rebounds – five of them offensive, as the Maltese managed 19 second-chance points, the game's telling stat.

It was a disappointing end to the tournament for the Norwegians, who trailed the entire game, falling behind early and never managing to close back the gap.

Ireland rounded out the podium with a comprehensive 86-66 victory over Gibraltar. Bouncing back strongly from the disappointment of Saturday, All-Star five member Taiwo Badmus began proceedings with a dunk, setting the tone as the Irish led throughout, their slick ball movement proving the difference, picking up 23 points on the fast-break. Badmus would go on to finish with a 19-point, 10-rebound double-double.

Earlier on Sunday, hosts San Marino drew the curtain shut on a disappointing tournament with another loss, this time to Andorra, 69-56. It marked a second victory in as many days for Andorra, who were taken to victory by Guillem Colom's 16 points, 7 rebounds, 7 and 4 steals. 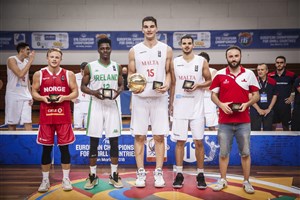 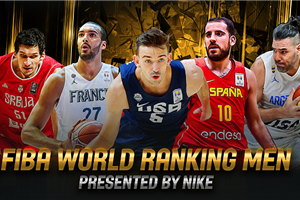 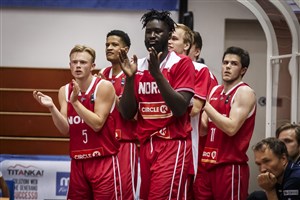