The French national team leader was immense for her team with 28 points and 11 rebounds, as she claimed a massive efficiency valuation of 37, but there was a sting in the tail via a tough 85-81 loss. 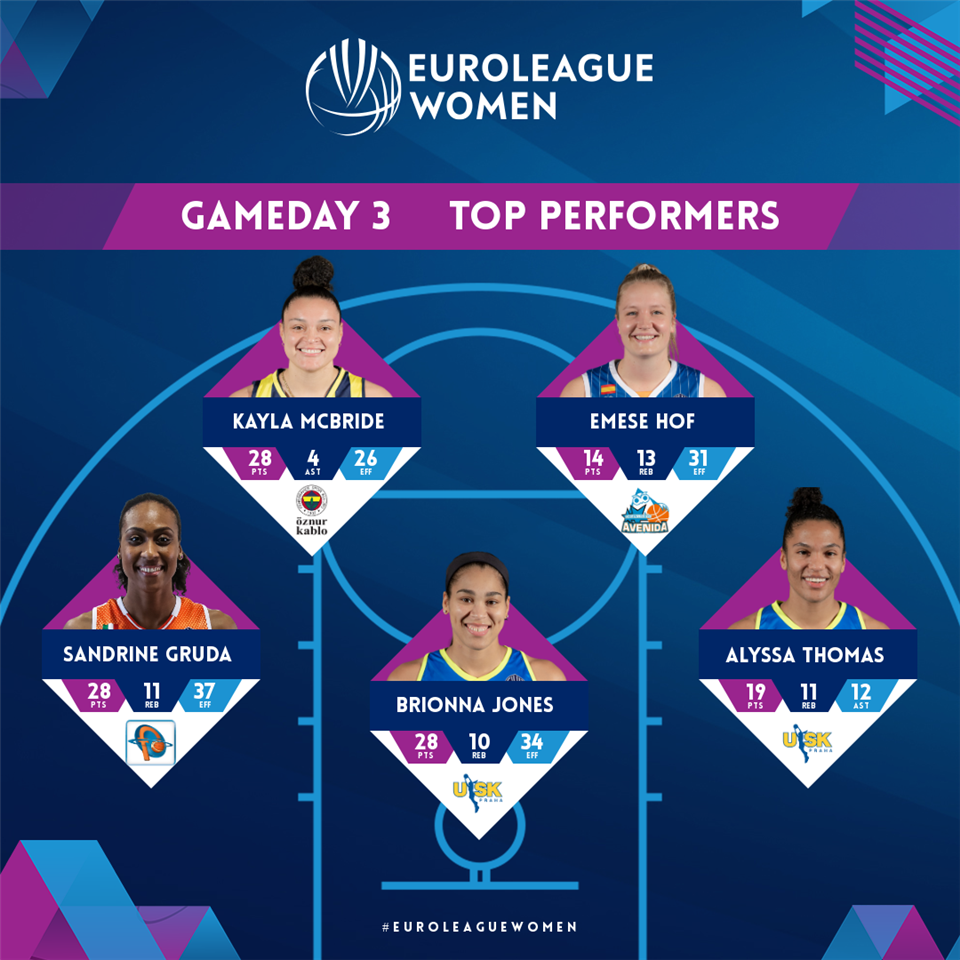 Another frontcourt player in form is Brionna Jones, who took her team to a 2-1 record by way of an 85-76 victory against VBW Arka Gdynia. Unstoppable inside, she finished the contest with a terrific 28 points, shooting a devastating 72 percent and also pulling down 10 rebounds.

Her efficiency rating of 34 only just edged out her Praha colleague Alyssa Thomas, who landed a wonderful triple-double in the game. In her usual do-it-all style, Thomas produced a stellar line of 19 points, 12 assists and 11 rebounds.

Emese Hof was at the heart of a vibrant victory for Perfumerias Avenida as they rolled to a 2-0 record after dismantling Dynamo Kursk 89-74. She stepped off the floor with an eye-catching  14 points, 13 boards and 4 assists.

Finally, Kayla McBride dropped 28 points and dished up 4 assists for Fenerbahce, although she couldn't help her side go down 84-70 to LDLC ASVEL Feminin. 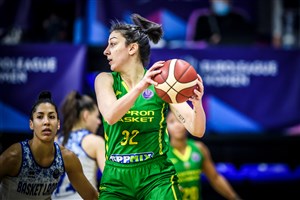 What grade did each club achieve in the first EuroLeague Women Regular Season hub? 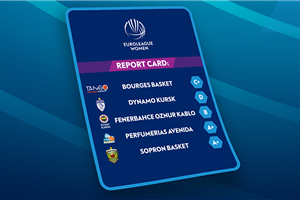 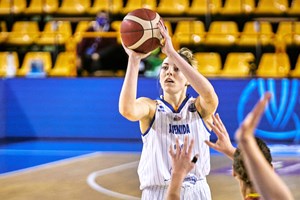 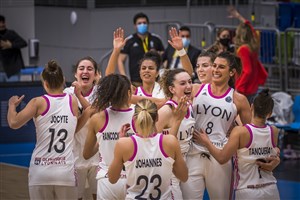 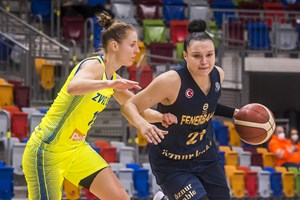 Permutations: Which clubs can clinch Quarter-Final berths on Thursday?