Here are five things you should know about the competition and this year's showdown which will take place on Thursday October 10:

UMMC out to extend their historic run

When UMMC underlined their status as massive favorites at the previous edition by brutally dismantling Galatasaray, they became the first club to win the SuperCup Women title three times. They are now out to extend that historic streak to four titles in a row. In fact, only UMMC and Sparta&K M.R. Vidnoje have won this silverware more than once, with the latter having  topped the podium during the opening two editions.

Nadezhda making more history of their own

Less than six months after winning their first European silverware with that memorable EuroCup Women title on French soil at BLMA, it's true that Nadezhda are about to make more history by just being in this SuperCup Women Final, which is their first appearance. Plus, if they win it, then they will take a maiden title and add yet more history. That would really make it a remarkable 2019 calendar year!

Can UMMC really ever be described as 'short-handed'?

The five-time EuroLeague Women champions are being predicted to land a sixth next year at Final Four and they remain the team to beat. As they look to stuff another piece of silverware in the trophy room with this SuperCup Women title, might they be vulnerable because of some missing personnel? It could give some heart at least to Nadezhda that WNBA Play-Offs commitments will rule out Emma Meesseman and Jonquel Jones, while Spanish sensation Alba Torrens is still rehabbing from the surgery which ruled her out of the FIBA Women's EuroBasket 2019. Yet as much quality as that trio has, can you really describe UMMC as short-handed? Surely not when you look down the names on the roster of those who will be present. - including new signing Allie Quigley.

Will a EuroCupWomen champion ever get off the mark?

Will this be ninth time time lucky for a EuroCup Women representative? The past eight editions have seen the EuroLeague Women clubs complete what has been a clean sweep of the honors board. Will we ever get to see a EuroCup Women get off the mark and take the SuperCup Women title for the first time? We know that EuroLeague Women is the most prestigious competition - but is the gap between it and EuroCup Women just too wide - or can Nadezhda close the gap?

New but very familiar face at the helm of Nadezhda

Having delivered a historic EuroCup Women victory for Nadezhda, it is a new challenge in Istanbul with Fenerbahce for Victor Lapena and that means Nadezhda have went back to the future with their appointment of George Dikeoulakos. The Greek play-caller previously held the coaching reins in Orenburg and he will be out to make a splash during this second stint. He will take over a roster that has mostly been retained, with big-hitters such as Laura Nicholls, Ksenia Tikhonenko and Erica Wheeler still on board, with new blood coming by the way of big-time quality in Yvonne Turner and Nayo Raincock-Ekunwe. 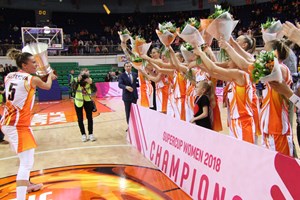 What were the five most impressive summer signings and who will be the most impactful? 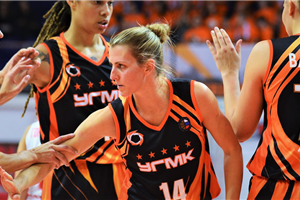 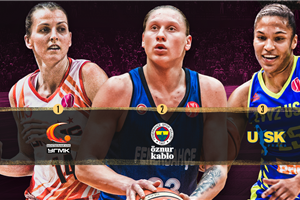 Power Rankings: All to play for in the last EuroLeague Women line-up of the season 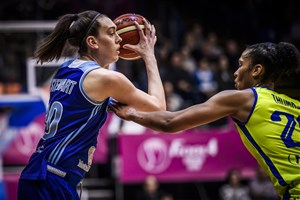 UMMC make a major statement with signing of Stewart 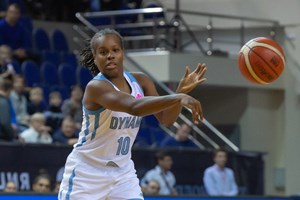