MUNICH (Germany) - The third episode in our series looking at the modern history EuroLeague Women all-time leaders has arrived and it's all eyes on who has been passing the rock more than anybody else. 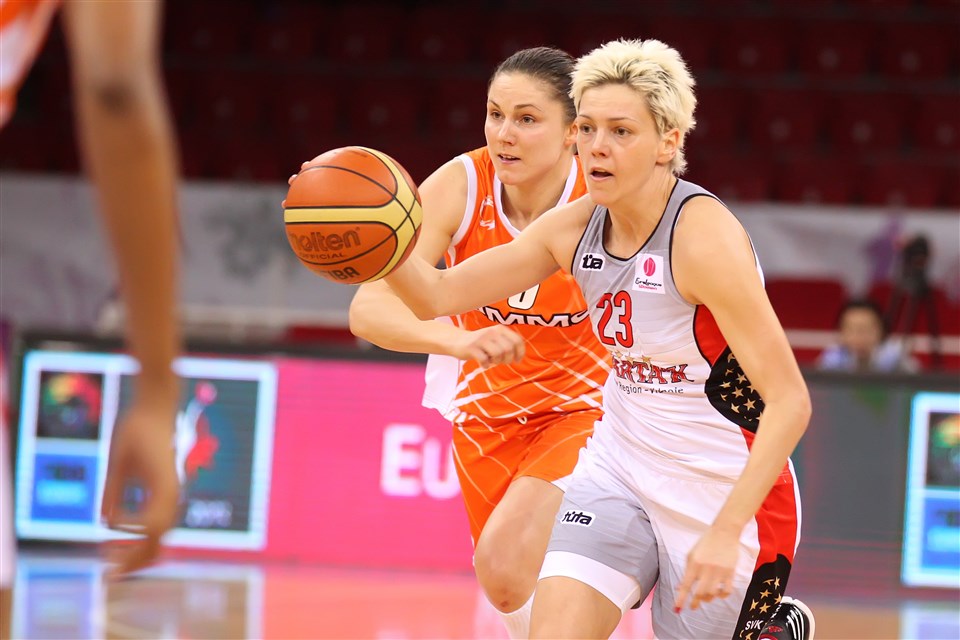 The incredible consistency of Skerovic was arguably the most impressive characteristic when she was on the court. A hard-nosed competitor, she was always able to contribute in scoring, rebounding, putting on a defensive squeeze and of course handing out assists. She pulled the strings with great distinction. She also represented Yugoslavia at the FIBA Women's World Championships, played for Serbia and Montenegro and led Montenegro to their debut at the FIBA Women's EuroBasket Final Round in 2011 - plus another three editions. The guard recently became head coach of the national team. 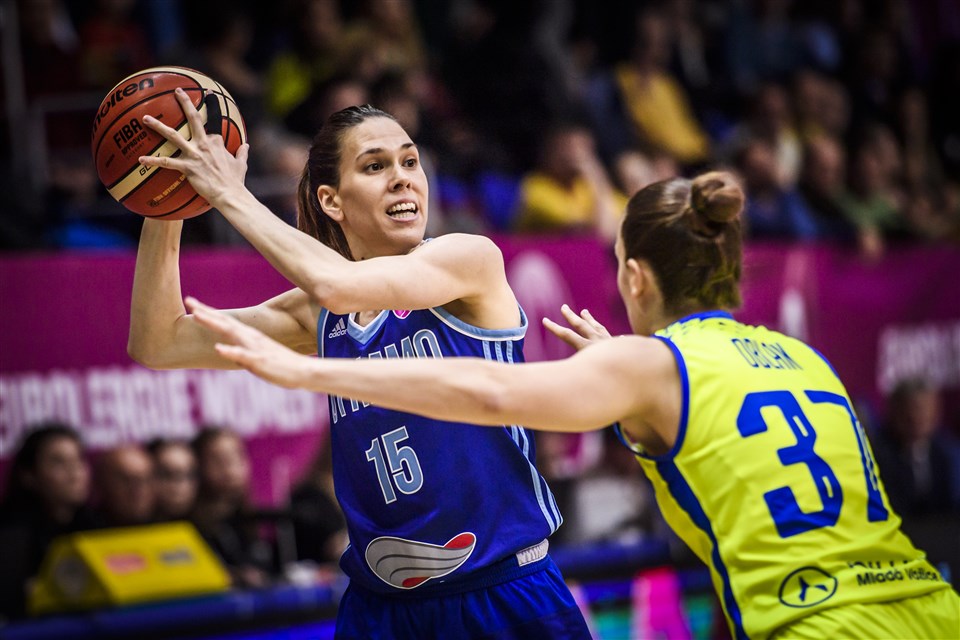 It's an eye-catching accomplishment for any of the players in the list to have made the top 10, but perhaps even more so for the the Spanish guard, who didn't always play point guard earlier in her career. She gained particular attention as part of the underdog Rivas Ecopolis side who rode their way to a historic first-ever appearance in the Final of the competition in 2012, also appearing in the title game with Nadezhda in 2016. Such was the success of Cruz as a playmaker, she has also exported her talents to the WNBA and of course won a stack of medals with the Spanish national team too, appearing in the finals of the Olympics, FIBA Women's Basketball World Cup and winning the FIBA Women's EuroBasket title. 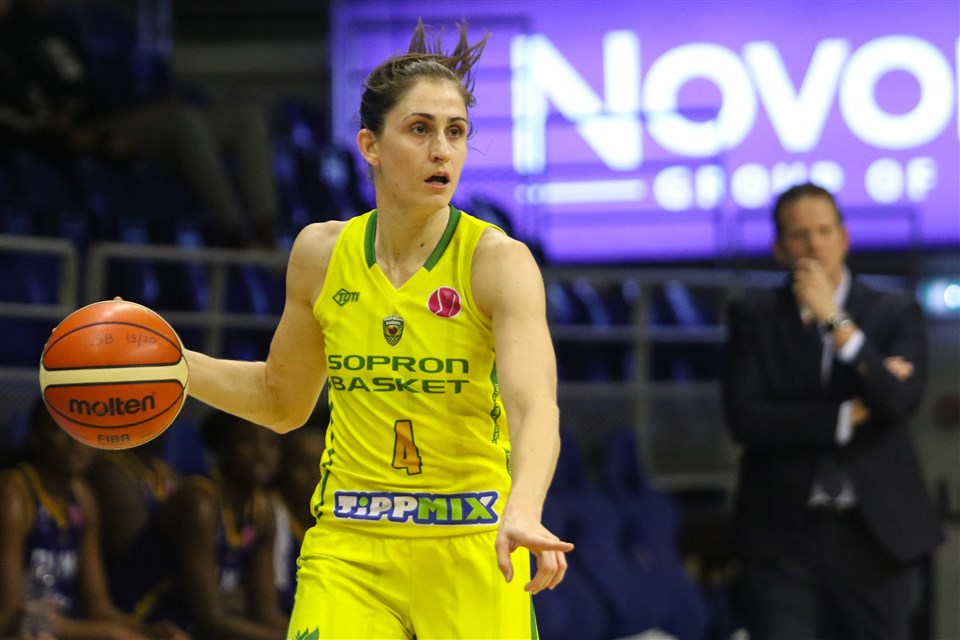 The longevity, versatility and leadership of the Hungarian guard has propelled her into the top 10, with Fegyverneky having played in EuroLeague Women throughout her career. Highly respected and always a favorite of fans, teammates and those who have coached her, she played in the 2018 Final of the competition for Sopron Basket. At the international level, she was also a top-level performer, stepping out at four Final Round editions of the FIBA Women's EuroBasket. 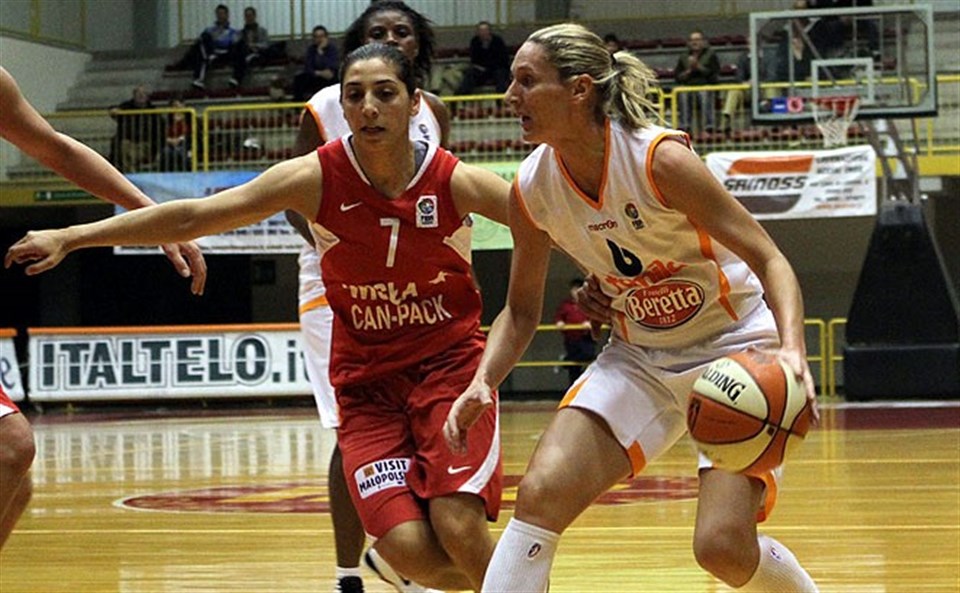 A two-time champion with US Valenciennes Olympic, the French star was a rock for those silverware winning teams and also at the other clubs she stepped out with in the competition. As well as delivering at club level, she also made waves on the international stage in her national team colors, in addition to playing in the WNBA. Her 13 years playing for France were filled with highs, from debuting as a teenager, to winning the FIBA Women's EuroBasket title in 2001 during six Final Round outings, competing at the 2000 Olympics and proudly captaining France at the FIBA Women's Basketball World Cup 2006. 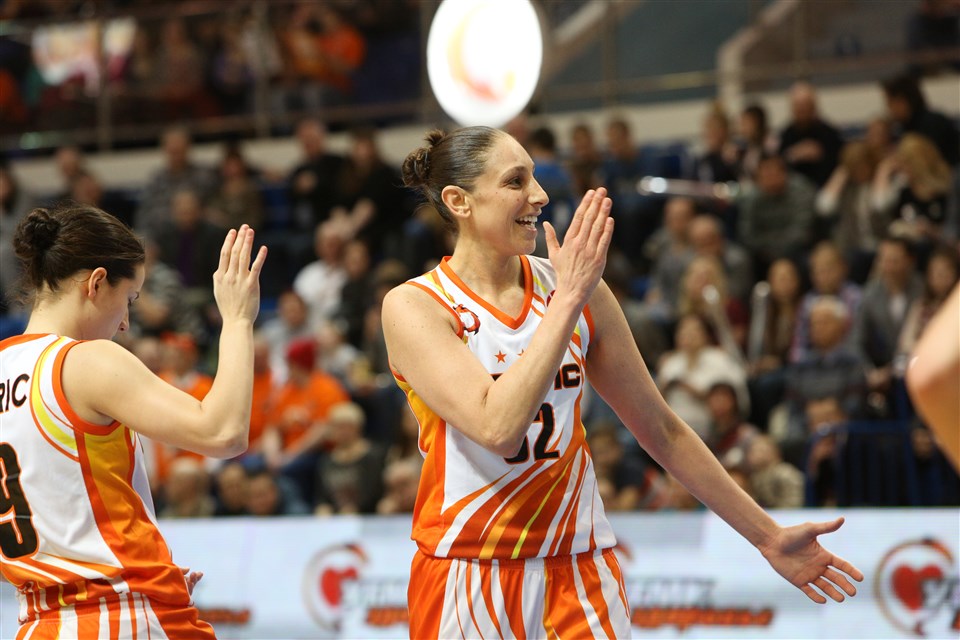 The most dominant and decorated player of the era - as evidenced by her status as a six-time champion and being second in the all-time scoring chart, you can also add this massive haul of assists to the list. While most fans will think about her taking clutch shots and executing the big plays, it's the case that particularly later in her career, she showed the other side to her game as she created for others more than ever. Of course this also comes alongside her stunning success with USA and in the WNBA too. 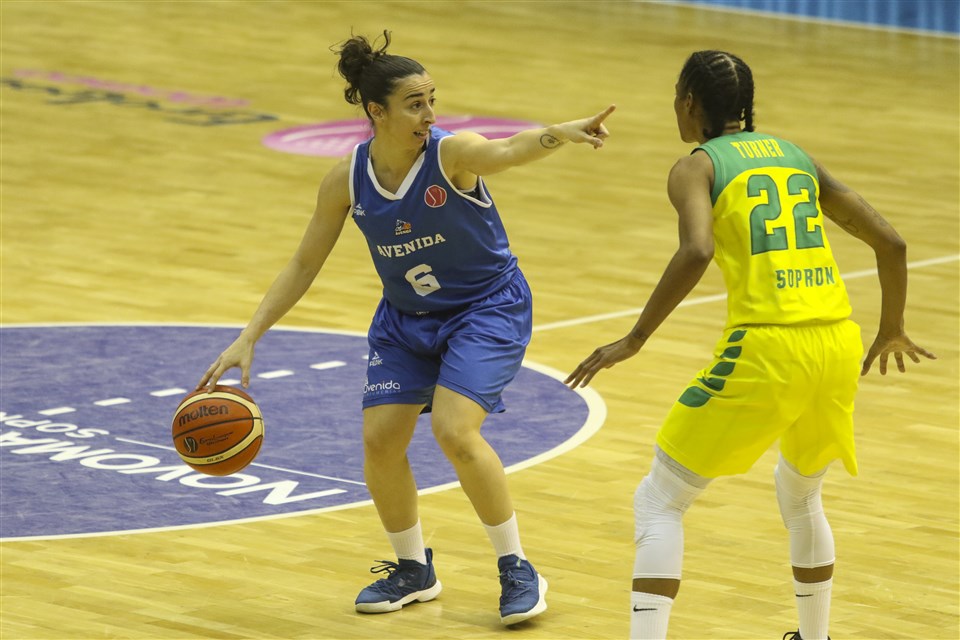 With three EuroLeague Women titles at three different clubs on her resume, Dominguez has seen and done it all in EuroLeague Women. The Spanish guard won titles in 2011 with Halcon Avenida, in 2012 with Ros Casares and then in 2013 at UMMC Ekaterinburg. The fact that she did it three years in a row with different teammates and under different coaches speaks volumes for her talent, adaptability and leadership. Best known for her work with Avenida where she is hugely popular, Dominguez has also been a key member of the Spanish national team that has been a medal magnet in all the major competitions over the last decade or so. 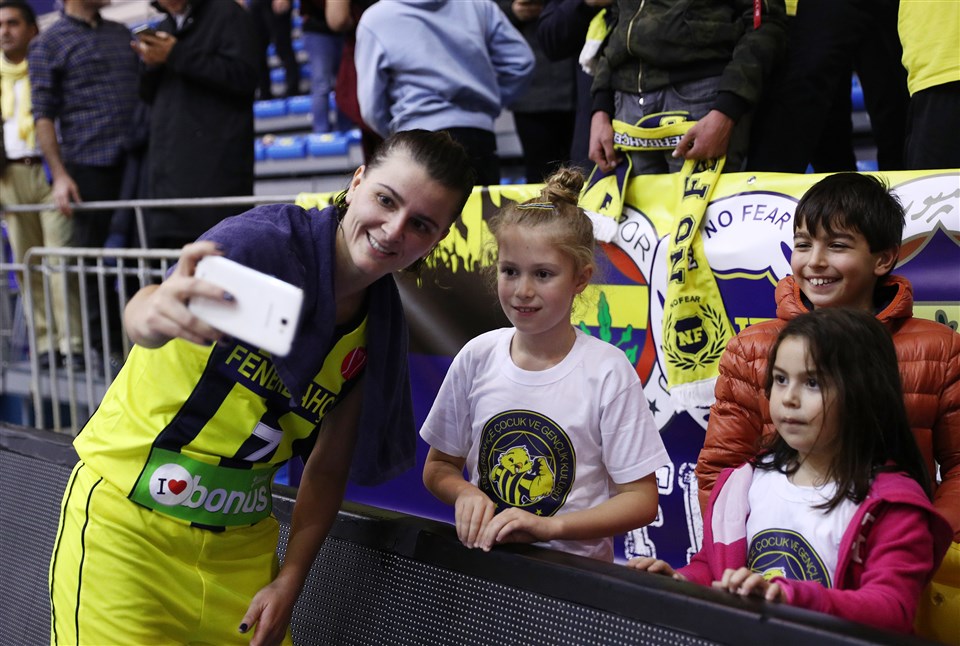 Immensely popular not only at her beloved Fenerbahce where she is one of the all-time fan favorites, but also across Turkey for being at the heart of the country's best-ever period on the women's basketball map, Vardarli Demirmen was a walking highlights reel. She famously led Turkey to the FIBA Women's EuroBasket Final in 2011, a maiden Olympics outing a year later, as well as the FIBA Women's Basketball World Cup. With Fenerbahce, she was the main driving force of their almost perennial appearance at EuroLeague Women Final Four, with her only regret, along with so many other people associated with Fenerbahce, is that she played in three Finals but hasn't tasted a title win. A flag bearer for French women's basketball during the modern era, Dumerc excelled for her various clubs and country in a big way. Largely synonymous with her time in EuroLeague Women wearing the famous Bourges jersey, the point guard was a serious defensive power and her super 4.0 assists per game epitomizes how influential she was in the tournament. Still competing in EuroCup Women during recent seasons, she was recently appointed Team Manager of the French national team where she also shone brightly. She was one of the standout players at the 2012 Olympics as France made the Final for the first time and she enjoyed gold at the FIBA Women's EuroBasket in 2009. 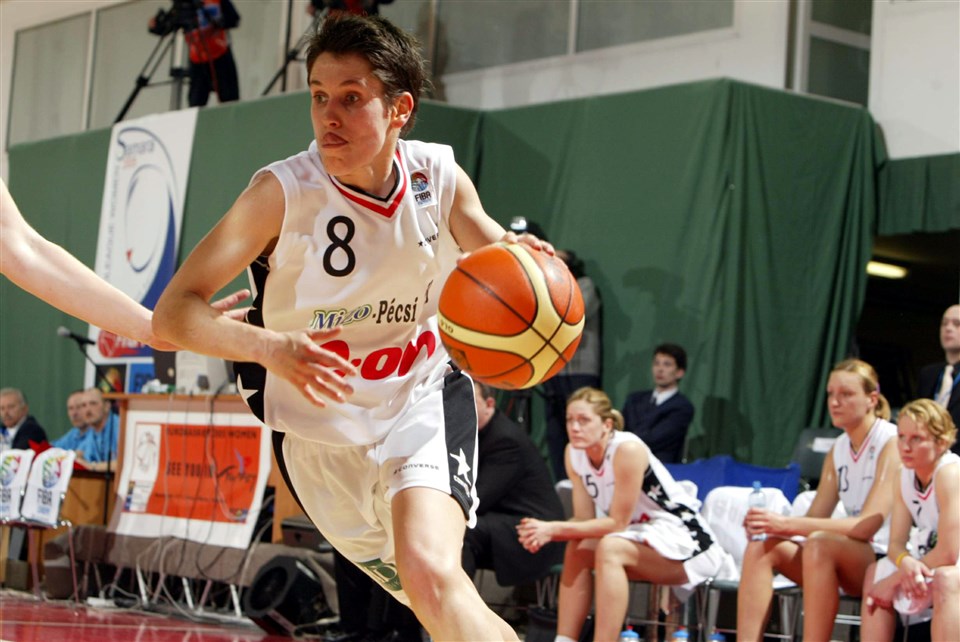 A legend of not only Hungarian basketball, but also this competition, Ivanyi made a truly stellar contribution on the court in EuroLeague Women. The guard was so smart and her quick thinking and capacity to always put points on the board as well as create for her teammates made her a tough assignment for any defender. She never got to land a title or compete in a Final but was always a thrill to watch. and also led her country with real distinction in several FIBA Women's EuroBasket tournaments - as well as FIBA Women's Basketball World Cups. 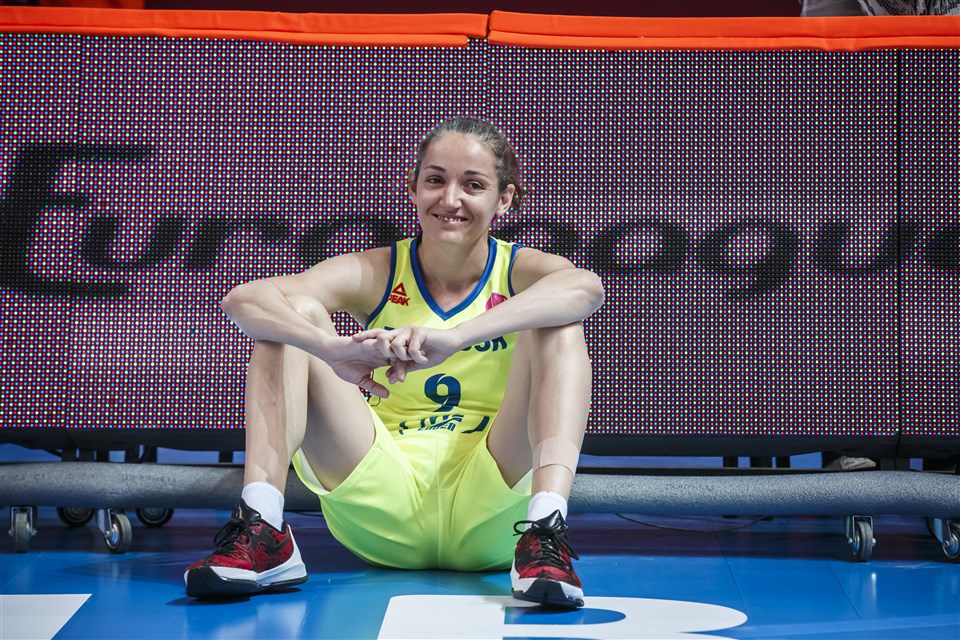 It's not only the fact that Palau is top of the all-time chart which means she deserves huge plaudits, but also because of the sheer gulf between her closest rival. Yes, the 'Queen of Assists' is more than 250 assists ahead of anyone else. The Spanish ace also has a title to her name from 2012 when she took a winners' medal at Ros Casares. While she retired from the competition during her time with ZVVZ USK Praha, she changed her mind and came back wearing a Bourges vest. Her ability to control games and her vision is extraordinary. Palau has also been the heartbeat of so much success with Spain on the international stage, amassing multiple Olympic, FIBA Women's Basketball World Cup and FIBA Women's EuroBasket medals. 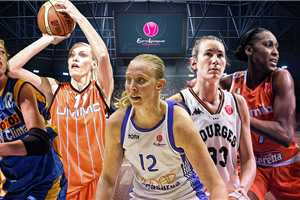 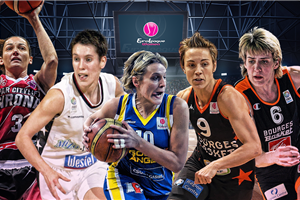 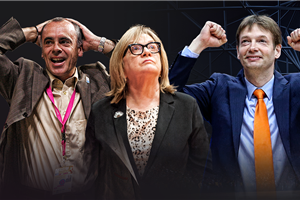 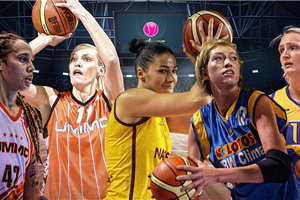