In the 2018 edition, EuroLeague Women champions UMMC Ekaterinburg hosted EuroCup Women champions Galatasaray, with the Russian side easing to a 79-40 win for a record third title. 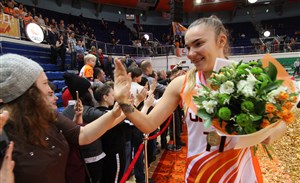