Expert Panel: Who will come out on top at the EuroCup Women Final Four?

SZEKSZARD (Hungary) - The EuroCup Women Final Four is about to arrive and our expert panel has been assembled and asked to gaze into the future to tell us how things might pan out in Hungary this weekend. 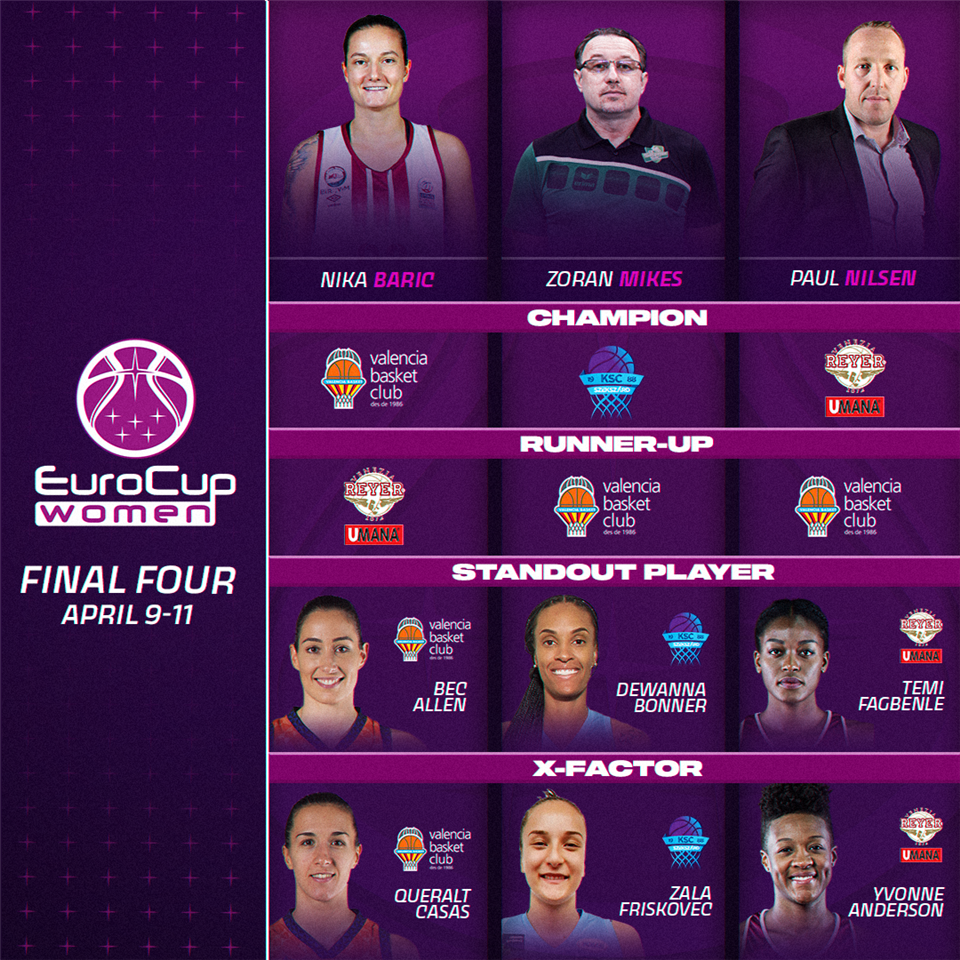 Here is how they answered our hot topics as the countdown to the Final Four continues.

Who will make the Final and why?

Nika Baric: I pick Valencia Basket to beat Carolo Basket since I feel they're much stronger and more aggressive. They can play fast in offense with lots of running and their defense is always very aggressive, which will be key. Another important thing is that they've been the most dominant EuroCup Women team.  The Reyer Venezia and KSC Szekszard contest will be very interesting to watch - I'm sure about that. It's tricky to pick a winner as Szekszard could explode because they're playing at home, but I'm a little worried they're not experienced enough to play under pressure. That's why I’m picking Reyer Venezia.  They are very experienced and it will be very tough to stop Yvonne Anderson , Ginatre Petronyte, Natasha Howard and Temi Fagbenle. They're also averaging 94 points per game!

Zoran Mikes: Valencia Basket is favorite against Carolo Basket as they're 38-2 in all competitions and have beaten Spanish EuroLeague Women teams like Spar Girona and Perfumerias Avenida. They have more players with big-game experience and are in very good shape. Carolo have been inconsistent, losing French League games and they've also lost en-route to this Final Four. Valencia play some controlled basketball, with not many points in transition and early in the offense. Interestingly, they average 46 percent from the perimeter which is better than they do from two-point range! They play excellent when coming from off-ball screens and execute their offensive game with great accuracy. Carolo will try to be very aggressive in offensive rebounding and with putbacks, so Valencia must keep them to one shot per possession. Carolo need to read the Valencia offensive sets effectively to prevent them from getting easy shots off-ball screens. In summary, Valencia have more offensive weapons and for Carolo to win, they need more than Evelyn Akhator (their only player averaging double-digits) to enjoy a big offensive night. 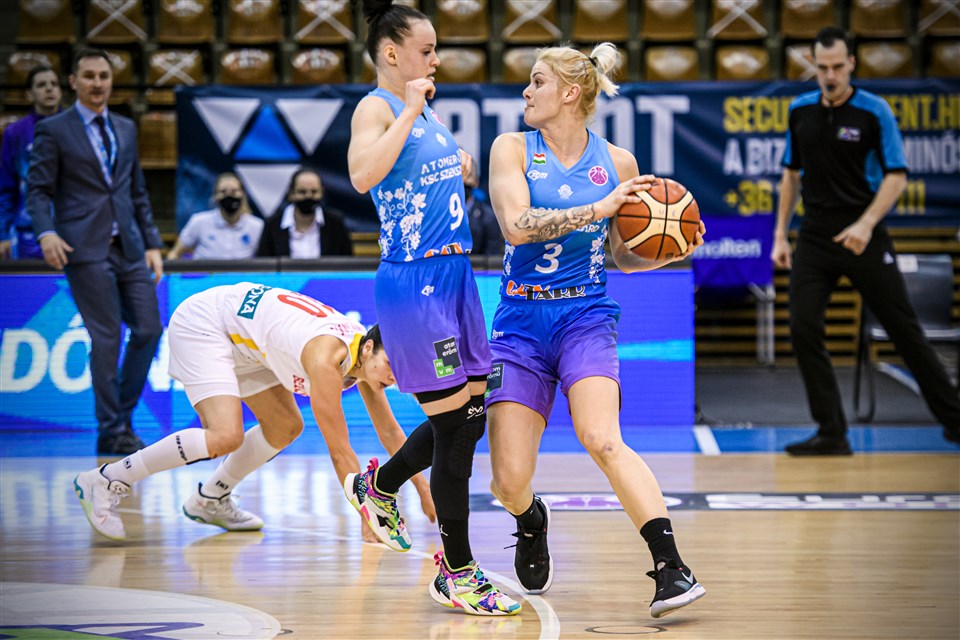 Reyer Venezia and KSC Szekszard will be a great game and could be a real delicacy. Their rosters are full of talent and both are in historic seasons. Reyer Venezia just won the Italian Regular Season for the first time and are 34-2 in all competitions, although they lost the Italian Cup Final, so still know about pain. Meanwhile, Szekszard have already reached the Finals in Hungary and made history with this Final Four appearance. Plus, with the mid-season addition of Dewanna Bonner they look great now. In terms of efficiency, these two teams are at the top in points scored, rebounds and assists. They have size, look great defensively, are aggressive, physical and well prepared. Szekszard is probably the only team in EuroCup Women who have an equal match-up inside with Venezia and in my opinion, they are the team with the deepest bench, since all players have abilities to influence the game with offensive or defensive roles.

I'm giving a small advantage to Szekszard, mainly because of Bonner, while a lot of players are playing in the same system and with the same coach, so have the maturity to take an extra step and to make a historic result. They also have home advantage which is not the same without fans,but can give more courage and confidence. Szekszard will need more easy points in transition, so will need to stop the offensive flow of Venezia who have built a great inside-outside, with 24 assists per game being the most in the competition.  Maybe we will see some tactical surprises because Szekszard know to use some alternative defenses and Venezia have only utilized strong man to man defense so far. Maybe the experienced Coach Tichhi has some aces up his sleeve. I’m predicting a very physical game and a fight for every point and possession.

Paul Nilsen: The energy, aggression and downtown threat of Valencia's offense should see them beat Carolo Basket, although we must remember women's ball loves an upset and they have some classy international talents. I agree KSC Szekszard and Reyer Venezia is tough to call. I respect the hosts very much, but I think the slight edge in veteran experience and physicality of the Italians could be a difference-maker.

Who are the 'X-Factor' players for each club? 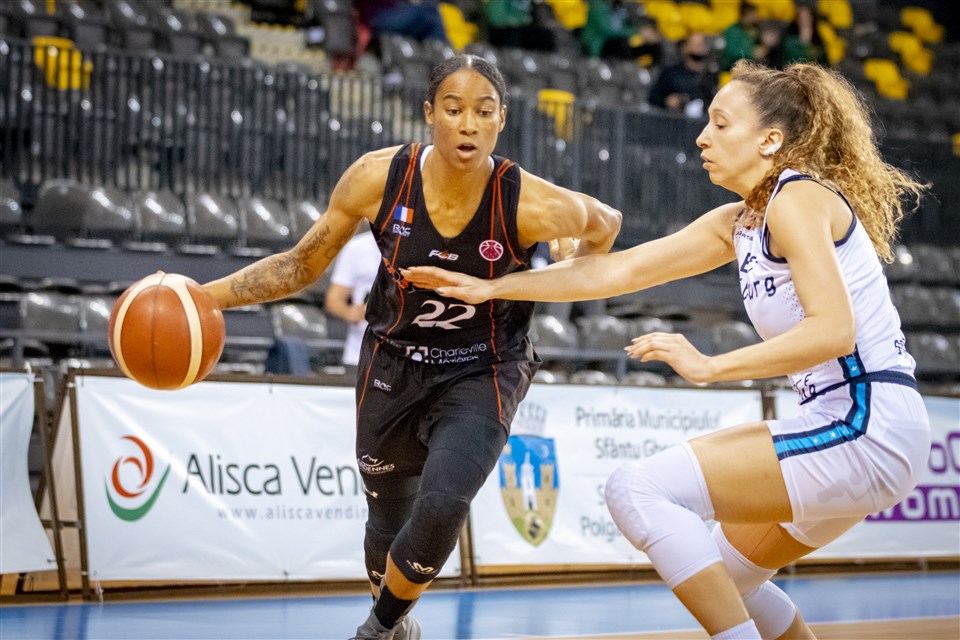 Nika Baric: For Carolo Basket it could be Endy Miyem because she's got a great shooter and finisher, although this season her three-point percentage is not as high. She could show her experience and explode when it will be most important. From Valencia I’m picking Queralt Casas, who's always pushing the ball and finding open  players. If you sleep on defense, she can be a scorer too. It could be big for Valencia to have her with double-digit points. For KSC Szekszard, I'm gonna pick Agnes Studer, their assists leader who always tries to pass first and attack second. Her opponents usually let her shoot, but she can make some three-pointers and this would be really big for her team. I'm picking Francesca Pan for Reyer Venezia as the young shooting guard could help the Italians make the Final for sure.

Zoran Mikes:  Yvonne Turner can always catch fire and be a special inspiration and use her instincts for Carolo Basket because she has huge experience on the big stage. For Valencia Basket, Laura Gil is one of the most rational players in Europe in my opinion. She is always doing only good things for her team on both ends of the floor, as well as making other players look better. She really brings some peace to Valencia's game. Temi Fagbenle is doing a great job for Venezia offensively and defensively. She feels good in her role, is shooting 60  percent from the field, plays smart and makes good decisions. For KSC Szekszard it could be Zala Friskovec with great shooting percentages this season and averaging 15 points per game, which makes her a big weapon.  I must also mention Erica McCall and Cyesha Goree.

Paul Nilsen: Yvonne Turner having a vibrant game for Carolo Basket will make them tougher to deal with. You see they're far better when she's performing. For Valencia Basket, I'm with Nika and love the energy and game of Queralt Casas. KSC Szekszard can look to the shooting skills of Zala Friskovec as she's been in good EuroCup Women and domestic form, recently taking them to the Hungarian Finals. For Reyer Venezia, Yvonne Anderson is an 'X-Factor' since if she can dictate the tempo and impose herself, it will go a long way to helping them win the title.

Who will win the EuroCup Women title and why? 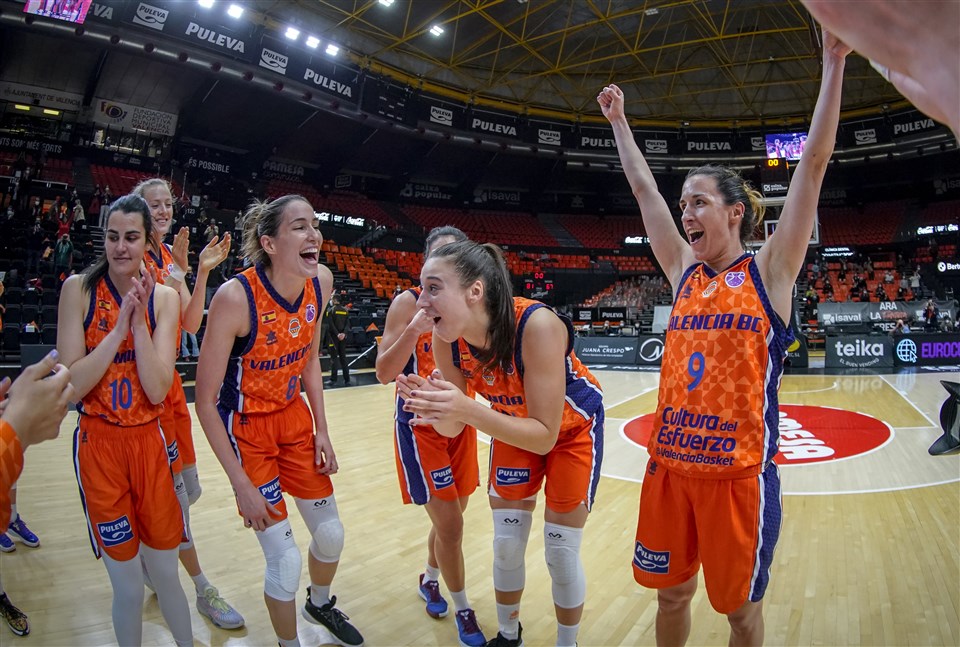 Nika Baric: I think Valencia Basket will be crowned champions as they were the most dominant and consistent team in the competition. They have a mix of talent and experience, play a fast and aggressive style, also sharing the ball very well. You can see they have great chemistry and are fun to watch. Once they hit shots, it's really hard to stop them.

Zoran Mikes: I am going with KSC Szekszard to make the Final and I will give a small advantage to them (as I would also do for Reyer Venezia), because I believe the rosters are both really deep. Potentially they have a good matchup against Valencia who will be the other finalist if my predictions are correct.

Paul Nilsen: All season long on social media I have said Valencia Basket led by Bec Allen. But it would be boring if I just agreed with Nika, so I am going to go with Reyer Venezia who I always predicted to make the Final. They have a lot of talent, size, know-how and game-winners, so I think they can potentially get the job done.

Who will be the standout player to take their club to the title? 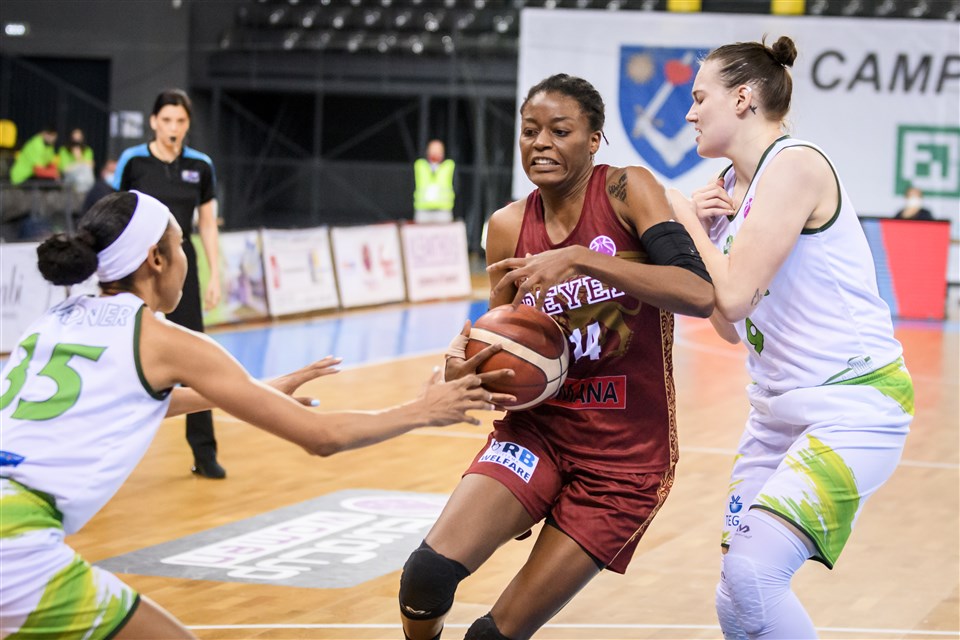 Nika Baric: If Valencia is winning a title as I have predicted, then my standout player would be Bec Allen. In my opinion, she is the best shooter in the league. Her game makes it all look so easy. So, if the Spanish guards do their job and deliver the ball to her and get her open, then there's no stopping her.

Zoran Mikes: Entering the competition, I feel three players have a chance to be the main star and they are Dewanna Bonner, Bec Allen and Natasha Howard. All of them are 'two-way' players who are good on both ends of the floor, can play multiple positions and they can influence the game tremendously. But it has to be Bonner. She's someone with multiple WNBA titles, big EuroLeague Women experience and is an extremely competitive player who doesn’t like to lose.

Paul Nilsen: Since I have picked Reyer Venezia, I will unashamedly pick Temi Fagbenle, my fellow Brit. She is always good for an efficient shooting performance, works the boards and can be a defensive weapon. Hoping I have not jinxed her now with my prediction, I could see her being a rock that Reyer Venezia can build their title bid on.  Although I agree with Zoran that Natasha Howard could also be in with a shout of being her team's centerpiece. 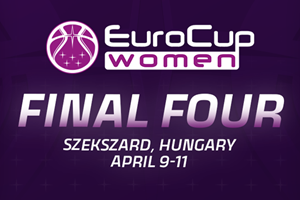 Everything you need to know about the EuroCup Women Final Four 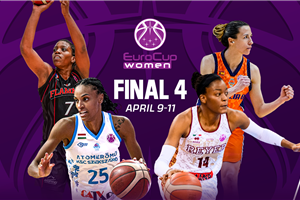 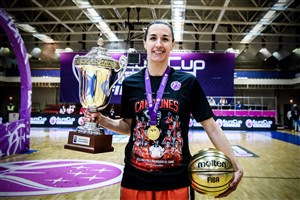 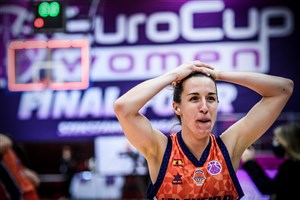