MUNICH (Germany) - A quartet of clubs have guaranteed themselves EuroCup Women basketball beyond the Regular Season after taking the wins needed to reach the knockout phase of the competition.

Enisey and Hatay will both progress from Group D after they each secured road wins on an eventful Wednesday night of action.

It was a tight squeeze for Hatay, who managed a thrilling 67-66 win at Tsmoki-Minsk. Marica Gajic managed a double-double of 17 points and 10 rebounds, with Sweden national team star Regam Magarity scoring the vital basket during crunch time.

Perfumerias Avenida have been more used to EuroLeague Women down the years, so it is little surprise the Spanish side have made their mark in EuroCup Women and have already assured themselves of a place beyond the Regular Season. Kristne Vitola paced a 69-56 victory against domestic rivals, Lointek Gernika Bizkaia with 16 points and 9 rebounds.

Aby Gaye was the hero for Basket Landes, with the powerful forward helping herself to 18 points and 10 rebounds in a 70-57 victory at Cadi la Seu, which sent her side into the next stage.

There was a jaw-dropping display by Arike Ogunbowale for Orman Genclik as the WNBA standout helped take down A3 Basket Umea 99-59. The guard was electric as she recorded 33 points, 10 rebounds and 5 assists.

There was considerable relief for Galatasaray, who got themselves back to winning ways after successive losses by edging out Lulea 72-67 as Bria Hartley hit top gear to score 23 points and dish up 8 assists.

Elsewhere in the competition, there were also victories for CCC Polkowice, KP Brno, Rutronik Stars Keltern, BC Roche Vendee and Carolo Basket. 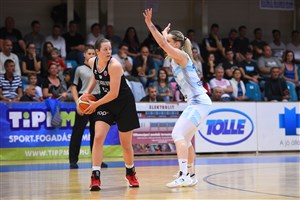 Artego Bydgoszcz and Valencia Basket leap beyond the Regular Season 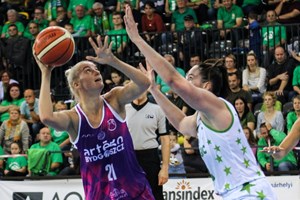 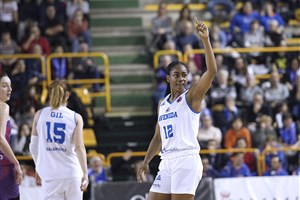 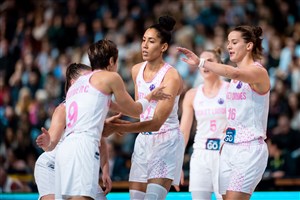