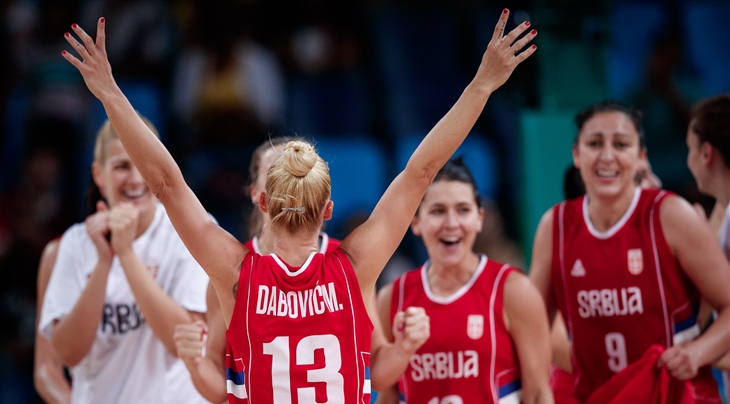 One of the most colourful personalities on the international stage, Dabovic has been a central figure in the rapid rise of Serbia in recent times as they have elevated themselves into becoming one of the top women's basketball nations.

While it wasn't a winning farewell as her team were beaten 88-82 by group winners Ukraine, she departed with her head held high and rightly so.

The guard helped Serbia to their historic first-ever EuroBasket Women title last year in Budapest and was part of the side that made a sizeable splash on their Olympic debut when they claimed the last podium step in Rio.

The experiences and success of Dabovic in a Serbia jersey were made even more special by the fact she accomplished it alongside her younger sister Ana, as she revealed this would be the hardest part of now saying goodbye.

"I always gave one hundred percent, whether I played two minutes or 32 minutes," she stated after taking the adulation of a huge 5,000-strong crowd.

"The girls should fight on without me and this is the most important thing – for them to understand to reach another peak next year and justify the title of champion.

"I wish them all the luck and the only regret is that I won't be playing with my sister anymore and this hurt me, which is why I started to cry when the anthem was being played."

The sentiment was shared by her sibling who added, "I'm sad, but on the other hand, very proud.

"There was too much emotion in me with it being my sister's final game, the last with Dragan Djilas as President and then losing in front of a full Arena."

Having qualified as one of the best runners-up, Serbia will now get to defend their title next summer in Prague and Hradec Kralove. 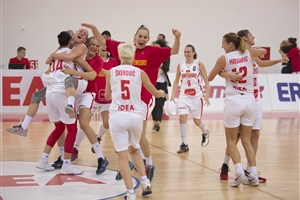 Mestdagh and Belgium end a decade of hurt 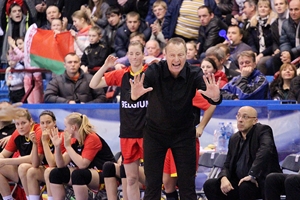