Who was the MVP for each nation in the November 2020 window?

MUNICH (Germany) - So much happened during the November window of the FIBA EuroBasket 2022 Qualifiers with so many standout performances.

We took a look at each nation's MVP of the window having also given each team a grade for how they got on.

It was another perfect window for Israel as they booked their spot at FIBA EuroBasket 2022 with Blatt stepping up to the plate with 21 points and 9 assists in a crucial victory against Spain before adding a further 8 assists in the win over Poland.

Sokolowski was a solid performer for Poland as they split their two games in the window. The 27-year-old helped lead the rout against Romania with 17 points, 7 rebounds, 3 assists and 4 steals before adding another 15 points as his side came unstuck against Israel.

The experienced Valencia guard came into the side for the February window and had an immediate impact with 24 points against Israel, albeit in defeat. Colom then scored an efficient 11 points with 4 assists as Spain spread the love in their routine win over Romania.

Romania's hopes of advancing are on the brink, but there were signs of encouragement and especially in the way of 21-year-old Lucas Tohatan. The young guard hit double figures in both outings including a promising 13 points against the best-ranked European side, Spain.

Only one game for Italy in this window and that's all Tessitori needed to leave his mark. The 26-year-old forward seized his opportunity and rode the hot hand with a spectacular 27-point blitz inside the arc in his side's four-point win against Russia. 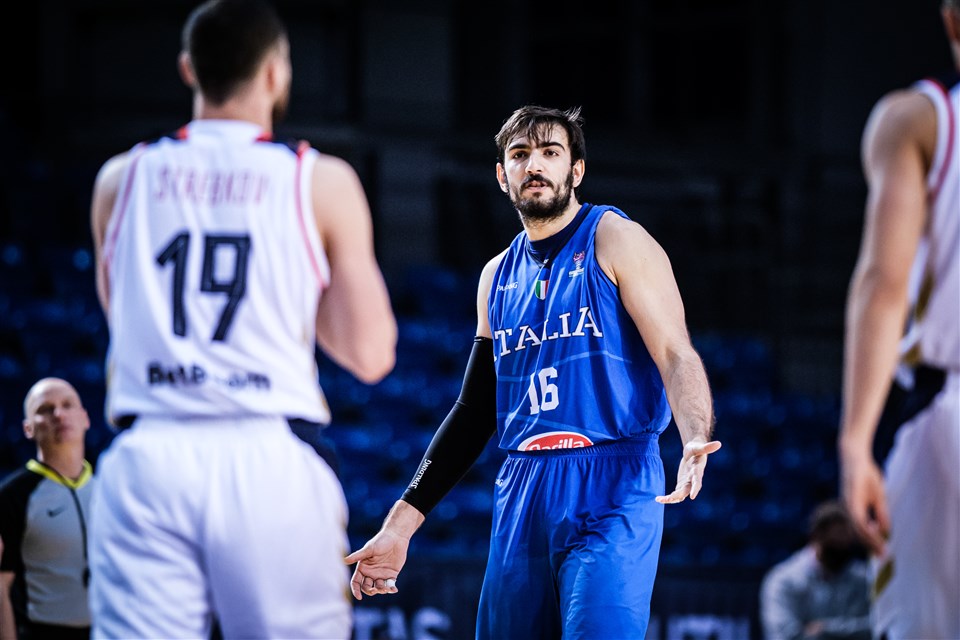 The veteran forward returned to national team colours with two assured displays for Russia. Vorontsevich posted 15 points, 6 rebounds and 4 assists against Estonia for a much-needed victory before offering 11 points and 11 rebounds in the tough loss to Italy.

With Estonia missing their leading scorers from the February window, Veideman enjoyed a bigger role in the game against Russia and finished with 10 points, 4 rebounds and 8 assists in an all-round display in defeat.

Belgium have been one of the stories of the FIBA EuroBasket 2022 Qualifiers and Obasohan ensured they maintained their momentum in the November window. The 27-year-old guard weighed in with 18 points, 7 assists and 4 steals to take his side past Czech Republic and also scored a team-high 21 points as Belgium suffered their first loss in the next game.

What can you say? Incredible. Lundberg was immense. First, big shot after big shot in a 28-point haul in a dramatic win over Lithuania and then casually follows it up by dropping 38 points to lift Denmark to another memorable triumph over Czech Republic.

The November window followed a similar pattern to the first for Bendzius and Lithuania. Held to single figures in scoring in defeat before coming up big in a bounce-back victory. The 30-year-old led a balanced attack in the crucial win over Belgium with a team-high of 19 points.

The FIBA EuroBasket 2022 co-hosts are yet to find their form in the Qualifiers so far and endured another tough window in the group. Bohacik played 30+ minutes in back-to-back games and had 17 points and 7 assists in the narrow loss to Denmark with Martin Peterka also a leading candidate for the Czechs' MVP.

Bilan was ballin' for Croatia with 30 points for 3-0 in an impressive win against Turkey. The towering center shot 71.4 percent from the floor and added 12 rebounds before recording another double-double with 14 points and 10 boards to keep his side perfect as they advanced. 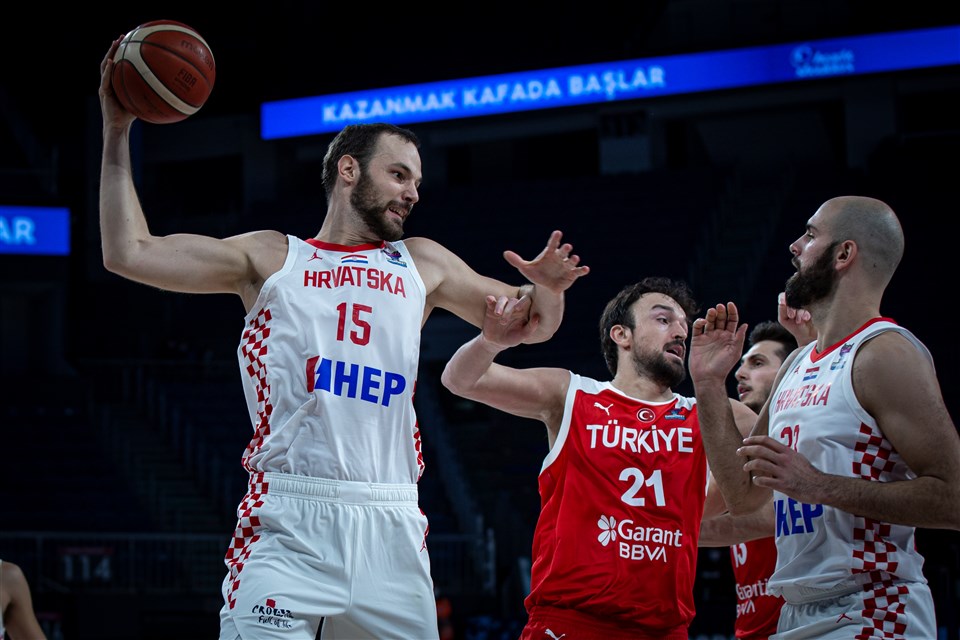 Franke starred in the Netherlands win over Sweden with 24 points - including a perfect 10-of-10 from the line - along with 4 rebounds, 3 assists and 2 steals. He followed with 14 points in 19 minutes against Turkey as qualification was delayed with a nail-biting two-point defeat.

In a game of fine margins against the Netherlands, Czerapowicz fouled out late having been +1 on the court in his 27 minutes after putting up 21 points with four triples in the loss. He hit double figures against as Sweden suffered a more convincing defeat, but remain in the hunt for qualification.

The long-awaited debut of Larkin provided fresh impetus for Turkey as they finally picked up their first win of the campaign. The former NBA guard was held to 12 points in the loss against Croatia, but came out firing two days later with a 23-point performance coupled with 9 assists to get his side over the line against the Netherlands.

The elite level of performances continue from Shermadini. The 31-year-old's unrelenting work rate saw him sit just 10 of the 80 minutes on court as Georgia picked up two more wins. Shermadini fired in 27 points, 10 rebounds and 3 assists against Finland, while Thaddus McFadden also had another big window.

Avramovic continued where he left off in the February window, but his 23 point were not enough to prevent Serbia falling to a shock upset on Gameday 3. The Movistar Estudiantes point guard helped his side quickly put it behind them with 17 points - going 7-of-11 once again - to overcome Finland and move to 2-2 in second spot.

Sasu showcased his shooting ability in defeat against Georgia with four triples in a 22-point haul as Finland gave the group leaders some trouble. They were lacking that little bit extra with Sasu adding 10 points, 4 rebounds and 5 steals in another loss to Serbia.

Why have one Mladjan, when you can have two? Marko netted a team-high 18 points and turned provider to older brother, Dusan, for the game-winner as the duo lifted Switzerland to a historic win over Serbia. The Swiss proceeded to hold their own against Georgia but came up short of another groundbreaking upset.

Slovenia turned on the style in this window with Luka Rupnik filling the highlight reel, while Blazic stamped his own authority on the two victories. The 30-year-old had 23 points and 10 rebounds for a double-double against Ukraine and followed with 16 points against Austria as his side booked their spot at FIBA EuroBasket 2022.

It was almost a disaster of a window for Ukraine, but as it was they managed to join Slovenia in heading through. Herun played his role with two solid outings including 8 points and 8 rebounds in the decisive three-point win against Austria.

Austria are up against it through no fault of the all-round displays of Mahalbasic. The crafty center stuffed the statsheet with 11 points, 8 rebounds and 7 assists against Slovenia before contributing 11 points, 7 rebounds, 9 assists and 5 steals in the agonizing defeat to Ukraine.

One of the just three players from last year's FIBA Basketball World Cup 2023 squad, M'Baye wasted little time in brushing aside the challenge of GB - starting out red-hot on his way to 24 points with a mix of accurate outside shooting and power inside.

Great Britain needed a response after their crushing loss on Gameday 3, and boy did they get one from Gabe Olaseni. The big man went to work in the paint against Montenegro and showed incredible determination to ensure GB kept their hopes alive of reaching another Final Round, finishing with 28 points on 10-of-16 shooting. 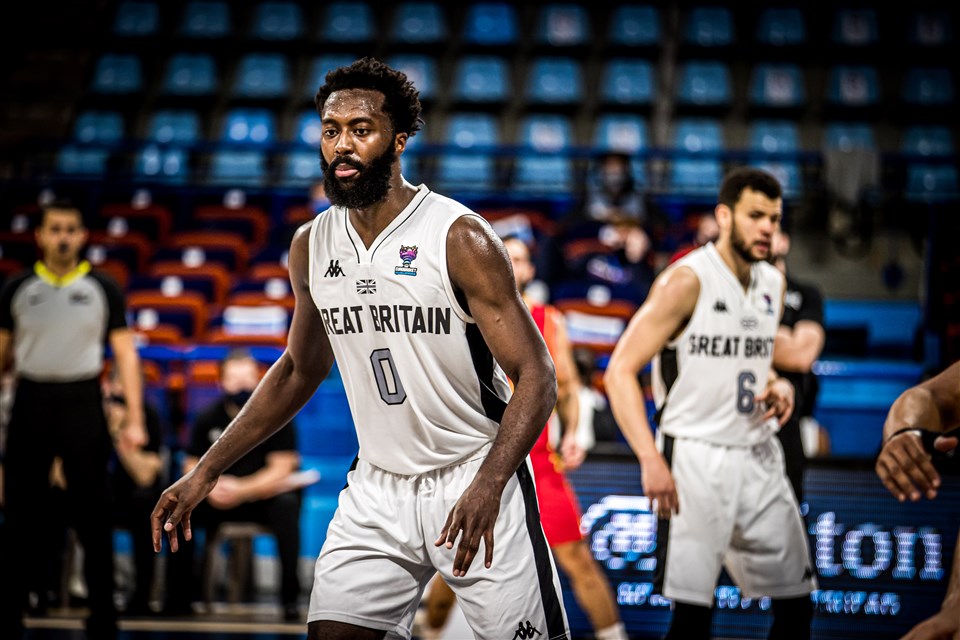 Montenegro must wait for another chance to lock up their spot at FIBA EuroBasket 2022. Cobbs played a key role with 20 points and 9 assists in the win against Germany, but was kept relatively quiet against Great Britain as both teams head into the February window at 2-2.

Not the window Germany would had hoped for. Obst held his own as the leading scorer on the team with the 24-year-old enjoying increased responsibility on the team. 17 points against Montenegro, and 16 points against France, though they fell to successive defeats.

A modern-day Greek hero. Athinaiou was possessed down the stretch against Bulgaria, hitting big three after big three to haul his side back from the dead to eventually prevail in overtime. The Peristeri guard finished with six three-pointers for 21 points to ensure Greece didn't come away from the window without a win.

The youngest player on the list, Kamenjas went from being a DNP in the first window to playing an integral role as Bosnia and Herzegovina locked up their spot with two further wins. The 20-year-old scored 19 points, with just a single miss, in the decisive win against Latvia, whilst adding 7 rebounds for good measure.

Bulgaria will be wondering how they didn't beat Greece with Kostov netting 15 points in the defeat in a mammoth 39-minute effort as they fell in overtime. Dee Bost also had another big window, but Bulgaria were lacking the killer instinct in the big moments. 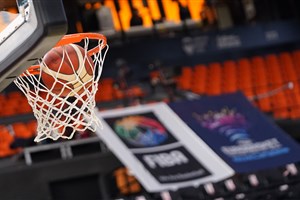 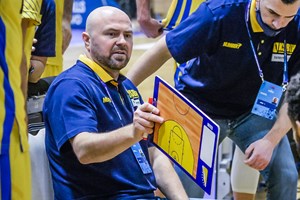 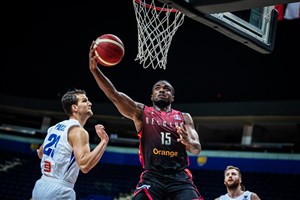 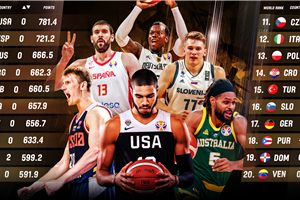