All-in on Azzurri: Belinelli not ready to fold

MUNICH (Germany) - You don't even have to be Italian to understand this. Marco Belinelli is still truly, madly, deeply in love with pallacanestro and his national team.

And this story leaves us with a tough task on our hands.

It seems next to impossible to convey onto a piece of paper the passion Marco exudes when talking about Italy, the Azzurri shirt and the potential of climbing the podium all wrapped up in a green, white and red flag.

However, passion is not even the predominant emotion here. He repeated three other words throughout the conversation just as much, if not more.

"Mad, angry, crazy. Because I've been with the national team since I was 20, and we still haven't won anything," a 34-year-old Belinelli told FIBA.basketball. 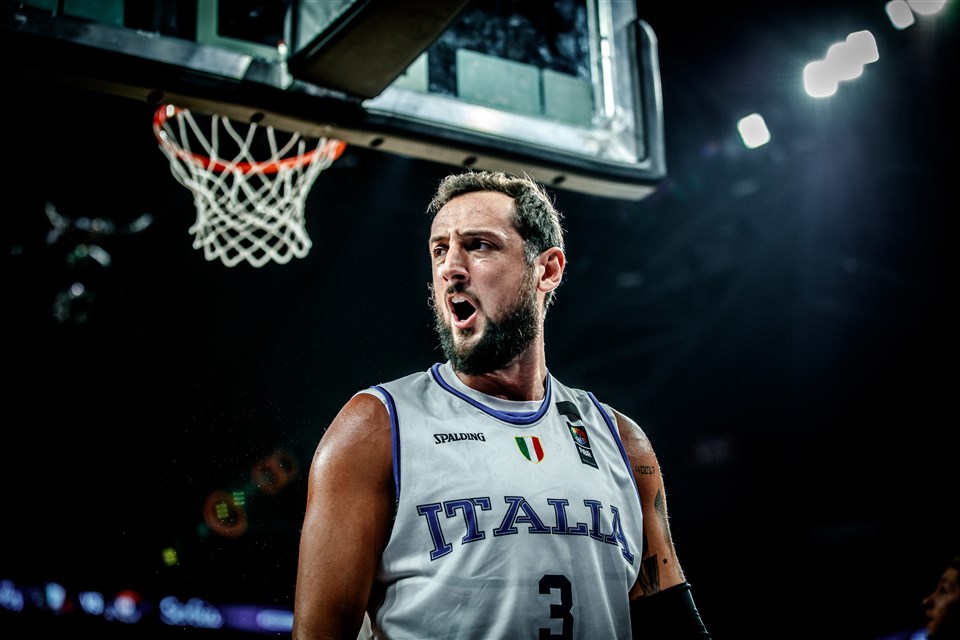 "The team that was there when I was first called up to the national team, they had already won some stuff. Like, (FIBA EuroBasket) bronze in 2003 and silver at the 2004 Summer Olympics. I was crazy happy to get the call in 2006, but also scared because I was so young and I only watched these guys on the TV. I was still playing for Fortitudo in Bologna when Charlie Recalcati called me. You always dream about that moment, and it really was amazing to reach it, but I was also nervous at the time."

The nerves that he felt – well, the world never saw them. In fact, it was the complete opposite, because Marco's grand national team debut saw him playing with so much confidence against some of the biggest stars of the FIBA Basketball World Cup 2006.

"That game against the USA changed everything," the shooting guard said, reflecting on his 25-point performance against the NBA stars in 2006.

"I was really young, and there I was, playing against Chris Paul, LeBron James, Carmelo Anthony... It's funny because I watched the game like two weeks ago, it came up on YouTube. I was so young, but coach Recalcati believed in me, and allowed me to be myself on the court. You are like 19, 20 years old, and you go out there with LeBron and Melo guarding you. Yeah, I was nervous."

Completely understandable. But then again...

"The first shot went in. Then the second one. Just like that, I wasn't scared anymore," Belinelli explained 14 years later. His 25 points against USA came in just 28 minutes of work, done on 9-of-18 shooting from the field, which included an and-one dunk against Carmelo Anthony.

"My life changed after that game. All of a sudden the NBA scouts were coming down to see this skinny young Italian guy playing, and the Golden State Warriors drafted me a year later."

Talking about that game now, in 2020, seems like a familiar story because of The Last Dance documentary, and the respect that Toni Kukoc earned among the NBA players after his great game against the USA in the 1992 Olympics Final.

It went in similar fashion for Marco: "I know that some of the USA players were talking good stuff about me, and coach Mike Krzyzewski too."

But that's where the comparison ends if you ask him.

"MY LIFE CHANGED AFTER THAT GAME AGAINST USA IN 2006." 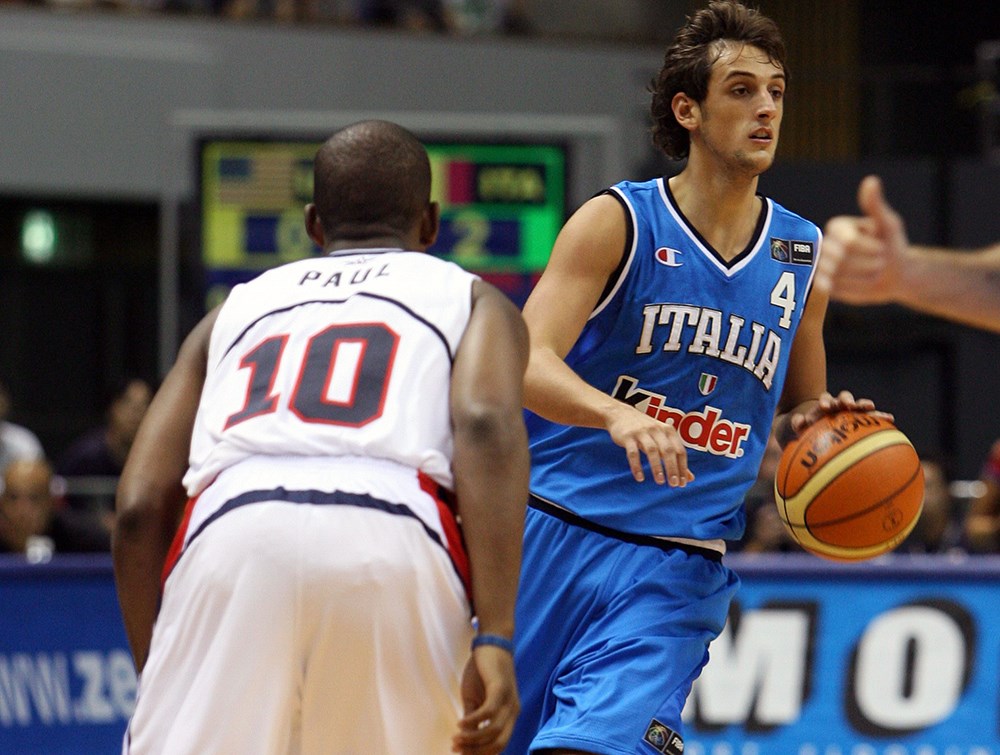 Rumor has it that Chris Paul was so impressed with Belinelli's game that it played a part in shooting guard's later trade to the New Orleans Hornets in 2010. But this part is no rumor at all: it is confirmed that the game had an impact on Marco, making him realize he can compete on the same level as NBA players.

"It definitely gave me confidence. But from a greater standpoint, (the 2006 World Cup) was a really good tournament because I got to wear the national team shirt for the first time, which was really important for me. And we had a good team, pulled off some good wins against China and Slovenia."

Italy finished in 9th place in 2006, with a 4-2 record, losing only to USA and Lithuania. Crazy to think that they wouldn't reach the FIBA Basketball World Cup for the next 13 years, and even crazier to consider that Italy haven't been to the Olympics since their second-place finish in 2004.

But the drought won't make Belinelli back off.

"I don't care what others do over the summer, they can do whatever they want. But for us, the Italian national team is family. I see it as spending two or three months each year with my friends, the people I love, family. That's why I really want to win something with Italy," he said.

And it's not like the 34-year-old hasn't won anything in his career. He was the 2014 NBA champion with the San Antonio Spurs, he won the three-point contest that same year, and he also has an Italian League title to his name from when he was just 19.

"Winning an NBA title was really special. And as a player, you always want to win. But it's different when you win something with the national team, when you win it for yourself, but also for your country. I talked to all the guys who have won medals with Italy, they say it's something different, and I really want to know how that feels," Belinelli explained, with optimism from his end of the call.

He was close, quite a few times. In 2013, Italy played a fine FIBA EuroBasket tournament in Slovenia, but fell short in the Quarter-Finals, Lithuania defeating them 81-77. Two years later, it was all going even better for Italy, who torched Spain in Berlin in the Group Phase, overcame the hosts Germany in an overtime thriller, and blew out Israel by 30 in the Round of 16. But, it was Lithuania again in the Quarter-Finals, in overtime, who ended the Italian run. Fast  forward to 2017, and the Belinelli-led Azzurri got eliminated at same stage, this time losing out to Serbia.

The worst part came in between. Italy lost the Final of the FIBA Olympic Qualifying Tournament in 2016, the one they hosted in Turin. Hopefully, that defeat now serves as a lesson ahead of next year's Olympic qualification or the FIBA EuroBasket, which Italy will host in 2022.

"I really hope so. Croatia in that Final in Turin was a just a bad day for everybody. It will not be easy in 2022, even at home, because it seems that after the coronavirus situation there won't be any breaks before that event. And of course, because there are so many good teams all over the world," he said.

"But we aren't getting any younger, time really flies, so it doesn't matter where it happens, as long as we win something for Italy."

Time flies, roles change. Marco was a "skinny young Italian guy" in 2006, then became the leader of a whole new generation, and is now looking forward to becoming a mentor for the up-and-coming youngsters.

"I remember my first year in the team, guys like Gianluca Basile, Massimo Bulleri, Denis Marconato, Giacomo Galanda, all of them did everything they could to teach us, the younger guys, how to win games and how to behave," he recalled.

"That's what I am trying to do now, to be an example for the new guys, to show them how to be a true professional. You know my book was called Pokerface, because that's how I look all the time in the locker room. I'm not the one to talk that much. But I want to use my experience and help the younger players. We have got good things coming up now, with Matteo Spagnolo and Nico Mannion and others. We've got a good future." 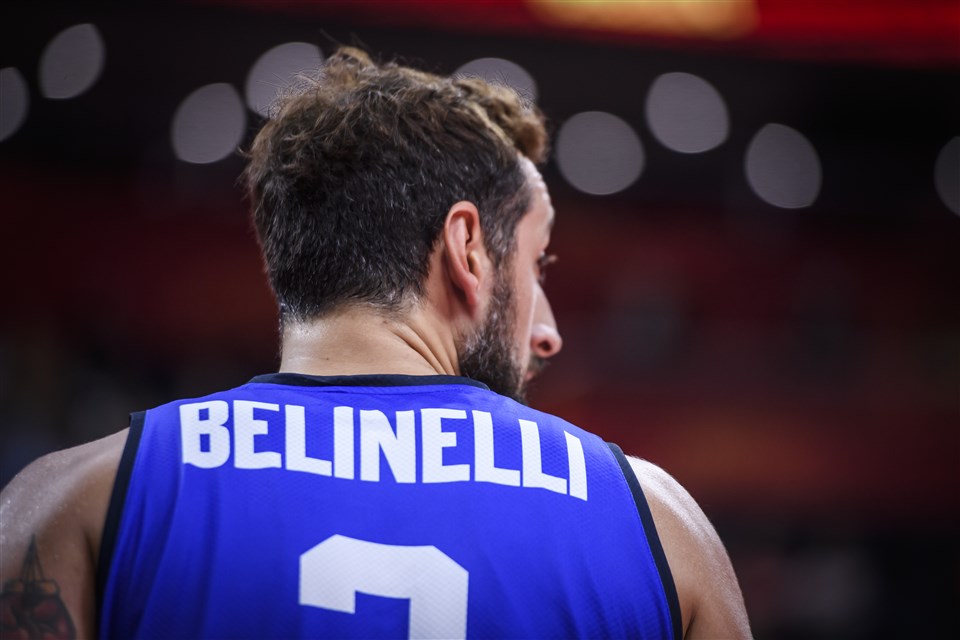 What about Marco Belinelli's future? History books are within reach, he's currently the fourth best scorer in the history of the national team with 2258 points in 154 games, with Antonello Riva is leading the way with 3786 in 207 contests.

"There was already a lot of talk about it before the last World Cup. But when you look at these names like Riva and Dino Meneghin, they were just machines. It's great to be up there with them, maybe that's something that I can show to my kids one day," he said, but then the talk headed back to the team, not his personal accolades.

"I really want to feel what it's like to win with 'ITALY' on my shirt. I'm sure it's something amazing." 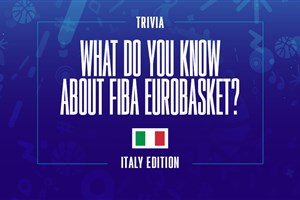 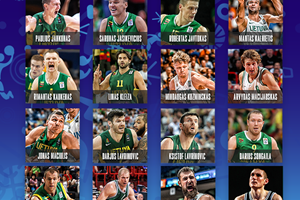