MADRID (Spain) - Some observers may have seen Kristian Kullamae pour in 31 points in Estonia's victory over North Macedonia in the FIBA EuroBasket 2021 Qualifiers and been surprised. But the 20-year-old guard has continually progressed to where he is at - and that being as one of the leaders of the country's exciting youth movement.

Kullamae drained five three-pointers in scoring 31 points to go with 5 assists in the 81-72 win at North Macedonia in Group B and then collected 17 points and 6 assists in Estonia's 87-81 loss to Italy at home to end the first Qualifiers window at 1-1.

"As a team, our goal was two wins. We got one. So the next FIBA window we need to try again," said Kullamae looking ahead to the next Qualifiers fixtures - home games against Russia and North Macedonia on November 27 and 30, respectively.

Estonia qualified for FIBA EuroBasket 2015, where they went 1-4 with a win over Ukraine and a two-point loss against Lithuania in their first appearance at the continental showcase since 2001. And Kullamae says the team is focused on being at the next spectacle next summer.

"The main goal for Estonian basketball is to qualify for the EuroBasket, and I think we have our chances," he said.

Kullamae, who will turn 20 years old on May 25, said his performance last month was confirmation of the work he is putting in.

"Individually I think it showed that I'm on the right track. All the hard work is starting to pay off. I just need to keep working and hopefully good things will happen," he said.

"I THINK ESTONIAN BASKETBALL HAS REALLY EXCITING TIMES RIGHT NOW. WE HAVE A LOT OF YOUNG GUYS WHO ARE TALENTED."- Kullamae

Kullamae is in his second qualification stint with Estonia after having averaged 8.7 points, 2.6 assists and 2.2 rebounds in nine games in the FIBA Basketball World Cup 2019 European Qualifiers. At the end of the qualification campaign, the 6ft 4in (1.94m) point guard had two games of 18 points against Serbia and Georgia.

"As we have a young national team, I think we gain more and more experience with every window. And when you get experience you will be also more confident on the basketball floor," Kullamae said of an Estonian team that beat Serbia, Israel and Great Britain at home and won at Georgia during the World Cup Qualifiers.

Kullamae has been playing the game since he was six years old and always had someone to help him with any questions as his father Gert Kullamae played until 2009 when he was 38 years old including for Estonia internationally, from 1993 to 2007. 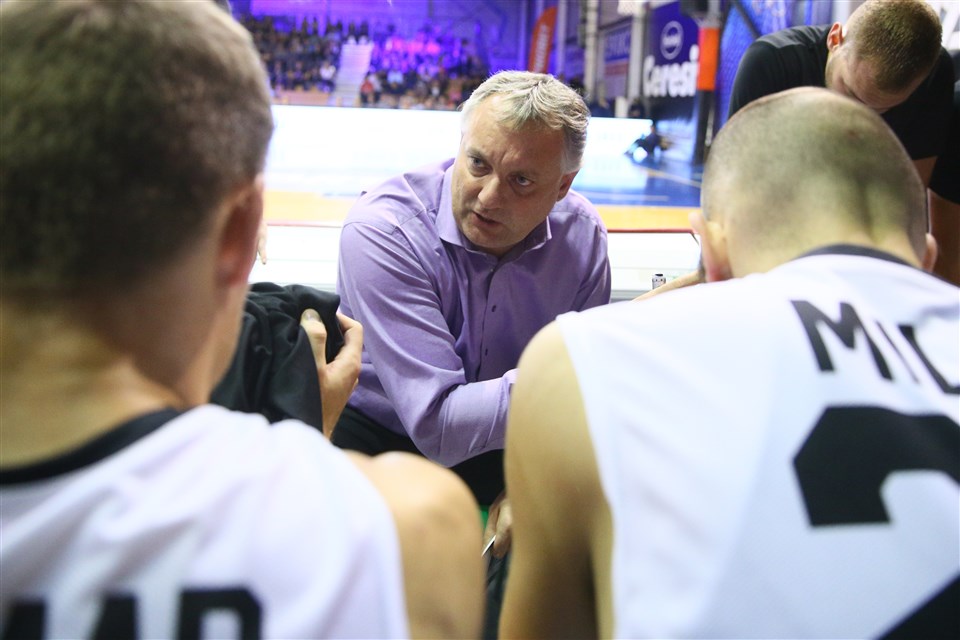 "My first real memories of him were when he was already past of his prime and he was pure shooter. I think he is the best shooter I have ever seen. He really knew how to shoot the basketball," the younger Kullamae said of his father, who has been coaching the game at the professional level since his retirement.

"He helps me a lot. He has been in the same situations where I am right now, so he has lot of experience. I really appreciate that I have somebody like that close whom I can ask for advice when I need it."

Kullamae said he realized that he wanted to become a professional basketball player when he 17 years old and made the move to Germany, where his father played from 2002 to 2004 and where the younger Kullamae played for the Rockets Gotha organization.

"At that time Rockets was the best place for me to make the next step because the people in the organization were some of the best," he said.

"I just had a chance to see how good you need to be to play the first league and what it takes to win games in such a high competition," said Kullamae, who averaged 3.5 points and 1.3 rebounds.

After a season in the German second division ProA with the youth ranks for Brose Bamberg, Kullamae moved to Spain for the current campaign and he is averaging 12.3 points, 2.1 rebounds and 1.5 assists  for the LEB Gold second division side Real Canoe Madrid.

"I have a really good coaching staff and I'm working hard every day. For me, the biggest thing here is the working environment."

The increased level of competition has given Kullamae even more confidence for his games with the Estonian national team, where he also enjoys the faith of the head coach Jukka Toijala.

"I'm really happy with my role. Huge thanks to the coaching staff who gave me this opportunity," he said of playing 29 minutes a game and averaging 14 shots as one of the main weapons.

Despite being just 20 years old, Kullamae is one of the leaders of an exciting up-and-coming generation for Estonia.

"I think Estonian basketball has really exciting times right now. We have lot of young guys who are talented. We just need to continue to work hard and hopefully one day, we will see the positive results," he said. 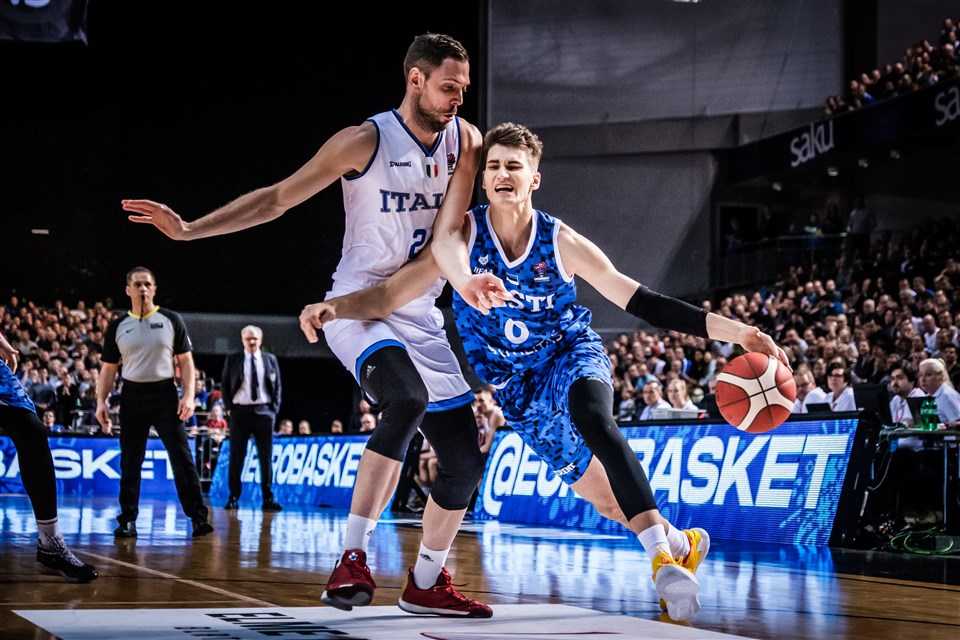 Kullamae was one of three players born in 1999 on Estonia's roster for the February window along with Sander Raieste, who was in Baskonia's youth system last season; and Kaspar Treier, who is playing in Italy's second division. The 2000-born Henri Drell is playing in Italy's top flight for Pesaro while the 2001-born gem Kerr Kriisa has already made his professional debut playing for Lithuanian powers Zalgiris Kaunas.

Unlike most other countries in Europe, basketball is one of the most popular sports in Estonia. And Kullamae believes that is showing. 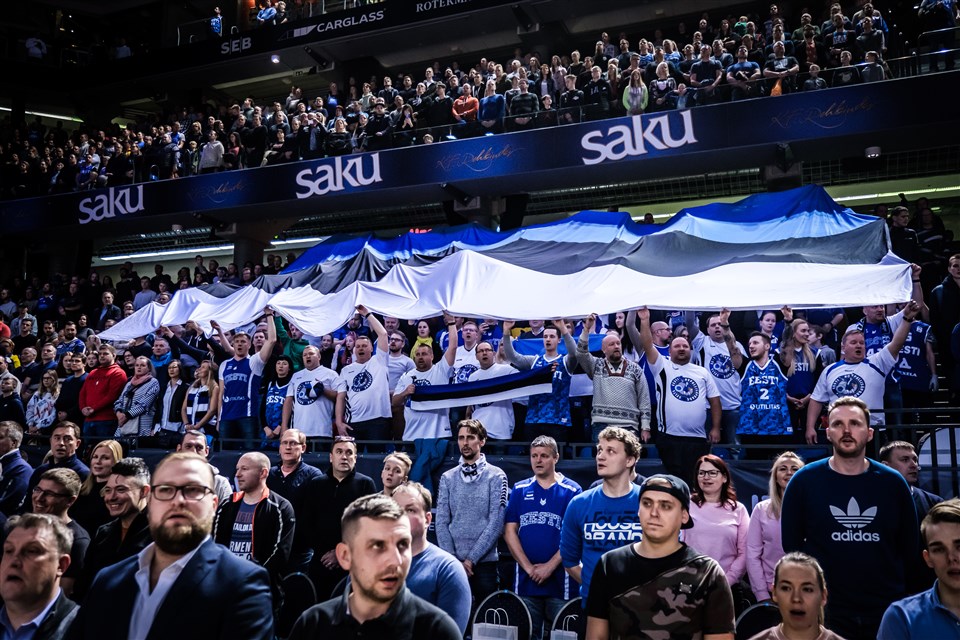 "It's really popular. I think the last (EuroBasket Qualifier) game with the full gym against Italy also showed that Estonians really care about basketball," Kullamae added.

While it should be of no surprise that Kullamae is doing what he is doing, seeing Estonia win big games and qualify for big events may soon become commonplace as well. 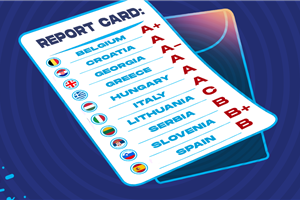 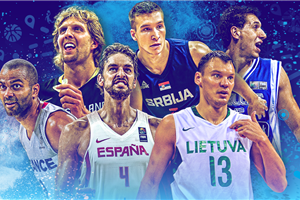 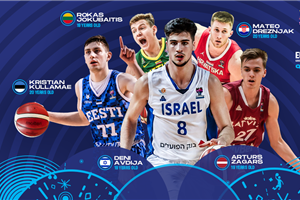