MUNICH (Germany) - For some, the goal isn't winning a medal. Sometimes, the best sign of a job well done is the fact that fathers don't have to found a club for their kids to practice basketball.

It's safe to say that basketball wasn't the number one sport in Czech Republic when Jiri Welsch was growing up. In fact, in order for his two sons to experience the sport, Jiri's father started a completely new club in their hometown of Holice.

"He just wanted to give us a chance to play basketball," Jiri told FIBA.basketball, hitting the rewind button from 2020 to late 1980s and early 1990s.

Czech Republic enjoyed their fair share of FIBA EuroBasket success in the days of Czechoslovakia, picking up 12 medals from 1935 to 1985. However, not even that kind of success could turn the nation's attention towards the sport with the orange ball, with soccer and ice hockey being the clear frontrunners in popularity.

"I WAS ONLY 19, FORTUNATE TO BE A PART OF THE TEAM THAT REACHED FIBA EUROBASKET AS CZECH REPUBLIC FOR THE FIRST TIME." 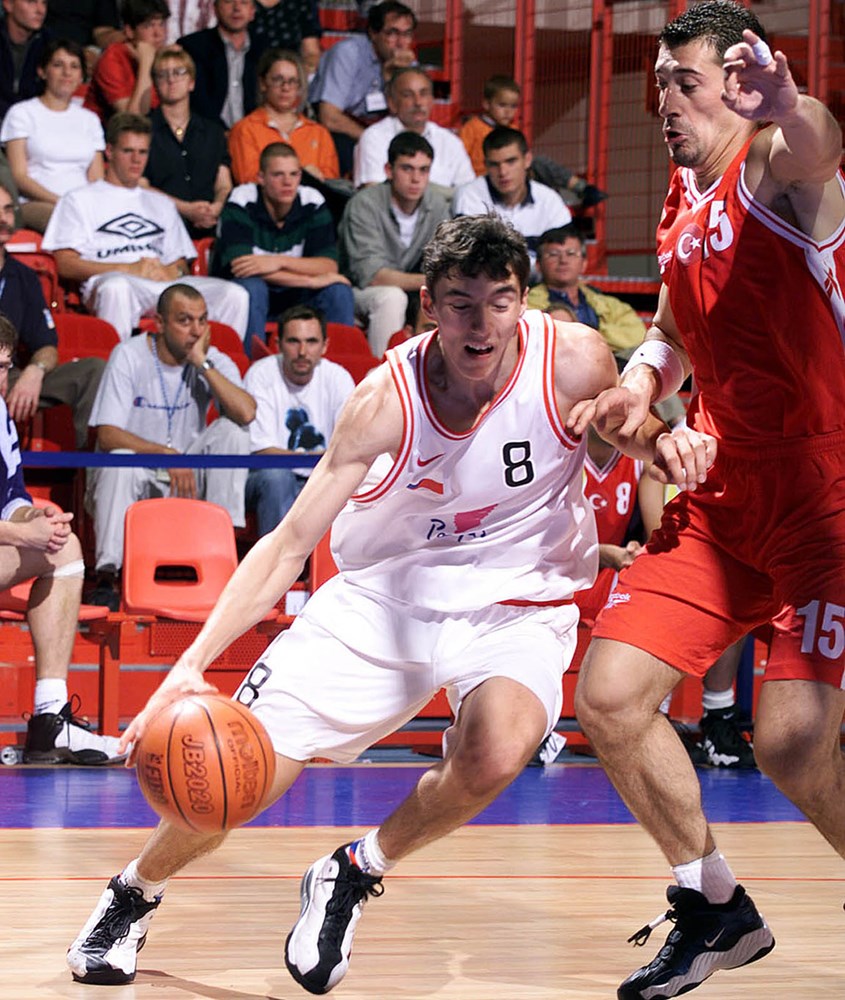 Spending years in the shadows, it felt extremely satisfying for Welsch and his teammates to finally reach a Final Round of a FIBA EuroBasket event in 1999.

"It was the first time we did it as the Czech Republic. It felt amazing, and throughout my career, I caught myself going back to those games, thinking about that FIBA EuroBasket many times. I was only 19, and really fortunate to be a part of the team that qualified and played our first ever FIBA EuroBasket as Czech Republic. It was a historical moment," Welsch remembers.

"And we really shocked everybody," he added through a grin so wide you could hear it through a telephone line across Europe.

"Shocked" should be considered an understatement here. Czech Republic had one of the biggest upsets in the history of the continental championships, as they blew out Lithuania 78-62 to start the FIBA EuroBasket 1999. Doesn't sound impressive enough? Lithuania's roster included Sarunas Jasikevicius, Mindaugas Zukauskas, Saulius Stombergas, Eurelijus Zukauskas, Arturas Karnisovas, and probably the biggest name of the entire tournament in the middle.

"Arvydas Sabonis was there, and most of the Zalgiris team which had just won the EuroLeague a couple of months earlier. Nobody expected us to beat them, but they underestimated us, and the same happened with Greece a day later. We started 2-0! I remember Lubos Barton scored 24 and 26 in those two games, and I played well in both games. But our run didn't last. Croatia, Italy and Turkey were the ones we faced in the Second Round, and they were just better prepared for us, but the fact that we made it from Dijon to Le Mans was outstanding for Czech basketball."

It turned out to be an outstanding tournament for a teenager named Jiri Welsch, who started turning heads worldwide.

"I did feel like it was a breaking point for me. Everything changed after that summer. I played the FIBA EuroBasket, then the Universiade and also with the U20 national team. All of a sudden, I had an agent, and he was telling me that there was so much interest from European clubs," Jiri explained how a single summer changed his life in 1999.

He went on to play in the NBA, enjoyed a highly successful career in Spain, before moving to Belgium and coming back to finish his club career back home in Czech Republic. But the national team did not offer him another taste of a major event from 1999 to 2007.

The last decade brought a whole new level of success for Czech Republic. This wasn't a team that depended on a player or two anymore, Czech Republic became a regular member of the continental summit, and in 2015 completely picked apart Croatia in the Round of 16, reaching the Quarter-Finals for the first time as an independent nation.

"For some other teams, finishing 7th isn't appealing, but for us, it was a memory to last forever. I really did reflect during those games against Croatia in the Round of 16, then Serbia in the Quarter-Finals and also the last one, against Latvia, where we booked a ticket to the Olympic Qualifying Tournament, I really did think to myself how far we got as a nation, as a team, as a federation. Knowing that I did my part of the job in all of that, that was very gratifying," Welsch said.

It seems that Czech Republic is on the rise. The 7th place from France in 2015 was recently bettered by finishing 6th in the FIBA Basketball World Cup 2019 in China. Just as a reference point, only Spain, Argentina, France, Australia and Serbia finished ahead of Czech Republic.

Yes, even the USA squad finished behind Ronen Ginzburg's boys.

"I feel like we are a product and the perfect example of what FIBA wanted to create with the new qualifying system. FIBA wanted to give the smaller countries a chance to qualify, and we took complete advantage of it. This is big for us, because national team basketball is the driver of the popularity of the sport. We are feeling the impact of those Qualifiers and the World Cup, and it is a sweet moment for us."

For so long, Jiri Welsch has been the talismanic figure when the topic of Czech basketball came up. And then, as the nation was enjoying the biggest of its successes, Jiri Welsch wasn't on the floor for the first time in 18 years.

"It really was hard for me commentating the games on TV. It was tough, because I was playing actively not that long ago. But at the same time, I was so happy for my former teammates, for my friends," Welsch said.

Aside from his playing career and being an analyst on TV, he proved his worth as a lobbyist, delivering a powerful presentation in front of the FIBA Europe Board which led to Czech Republic becoming one of the four hosts of the next FIBA EuroBasket.

"We are all looking forward to it, despite this delay caused by the coronavirus. But it's okay, this will give us more time to organize everything. It was fun to be a part of the process, and when we got the news that we were selected as one of the hosts... It's a different kind of feeling compared to winning games and championships on the court, but it was another cheerful moment."

When you add it all together, with the rise of the national team, the fact that the county will get a chance to see Tomas Satoransky, Jan Vesely and others put on a show in their backyard at the FIBA EuroBasket in 2022, basketball seems to be in a good place in Czech Republic.

"Soccer is a phenomenon around the globe, and in Czech Republic too. And then you have ice hockey which is like a national treasure for us here. But we managed to make basketball the third biggest sport. We managed to separate ourselves from all the other wider options of all these different sports."

Coming from a man whose father had to found a basketball team just so he could get a taste of basketball, this sounds like a success bigger than the results at all the major events. Consider it a strong foundation for new Welschs, Bartons, Satoranskys and Veselys to take the country to uncharted heights. 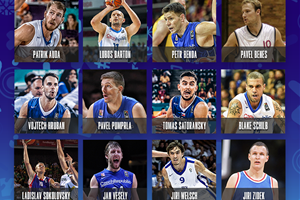 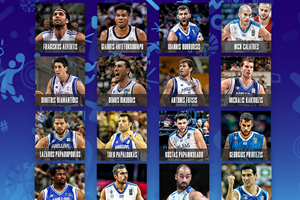 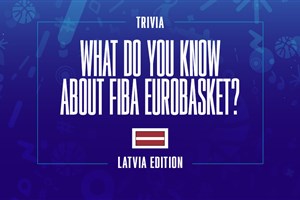 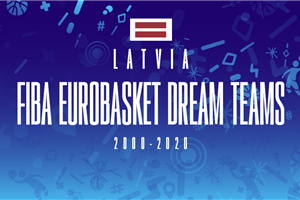 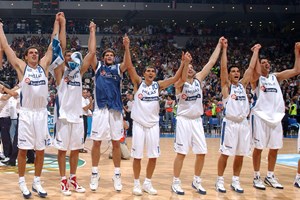 Appointment with history: When Theo Papaloukas and Greece ruled the continent