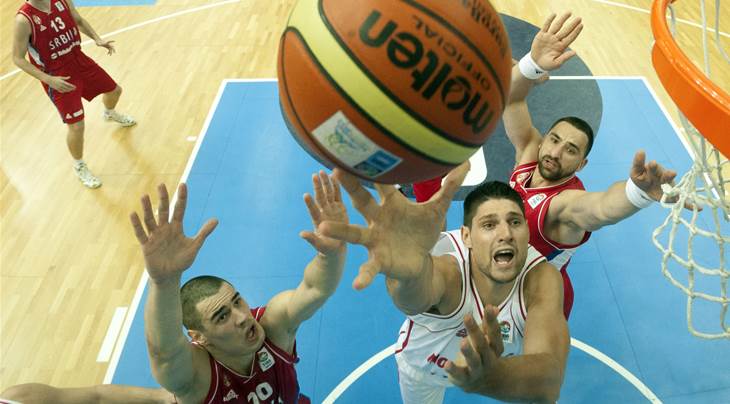 Will the real Vucevic stand up at FIBA EuroBasket 2017?

ORLANDO (FIBA EuroBasket 2017) - Nikola Vucevic is constantly producing big numbers in the NBA. Now, can he do the same for his country?

We see his numbers in the NBA year after year. Nikola Vucevic is a statistical giant, racking up points and rebounds like there is no tomorrow for the Orlando Magic.

Yet for Montenegro at FIBA EuroBasket 2011 and 2013, he was a far cry from the dominant player that people in the Sunshine State, Florida, are accustomed to watching in a Magic shirt.

Everyone, include Vucevic himself, knows that he has yet to show his best at a FIBA EuroBasket. He's ready for that to change later this year, when Montenegro face the Pau Gasol-led Spain, Hungary, Romania, Croatia and the Czech Republic in Group C.

"I'm excited about it," he said to FIBA.com. "I want to help the national team have a great campaign. On a personal level, I have great expectations, too. In 2011, I was so young and I was here mostly to gain experience at senior level.

"In 2013, I didn't have the chance to show what I was capable of doing; it was very frustrating, so I want to show now what I can do. Most of the people in Europe don’t know that much about my game and me.

We have all the ingredients to be a competitive team. We had a great qualifying campaign and now our mind is set on doing great at the EuroBasket.Nikola VucevicNikola Vucevic

"This summer I want to compete at my best level and I am going to have a great opportunity to have nice match-ups against guys like the Gasol (Spain) brothers, the big men from Croatia and Jan Vesely (Czech Republic) for example. That is going to be fun and very competitive, I am looking forward to it."

Montenegro, much like Vucevic, have yet to show their best level at the EuroBaskets. After storming their way through Division B and reaching the competition for the first time in 2011, the team has not made much of a impact. Vucevic believes that an change this year.

"We are a small country but we have a very solid national team," he said. "Our roster is going to be full of talented players and I think that we can show great things at the EuroBasket.

"We want to go to the knockout stage and than we will see what happens. The core of the group is pretty young, we have a great coaching staff that brings some positive energy to the team and the team chemistry is great. We have all the ingredients to be a competitive team. We had a great qualifying campaign and now our mind is set on doing great at the EuroBasket."

That great qualifying campaign included a couple of thrilling encounters against against Georgia. Montenegro were able to surprise the Georgians on their own court. "That game was so important because we knew that by winning it, we would have almost won our spot for the EuroBasket," Vucevic said. "We showed that we could play and compete against a great team and win on the road.

"We beat them in front of 8,000 fans that were against us. After that game, the team chemistry got more solid and our confidence grew. Our team spirit is to fight until the end and not give up, and I think that this win in Georgia was the best example of it. It was one of the best games I have ever played with the national team."

Vucevic fully expects some hard and tight games at EuroBasket. There is no such as a pushover when it comes to this competition.

"We have the possibility to qualify for the next round if we play at our best levelM," he said. "Spain, the favorite, and Croatia are most likely going to get the first two spots of the group but it is going to be very open for the other qualifying spots.

"The Czech Republic has a very good team with talented players such as Tomas Satoransky and Jan Vesely. Hungary and Romania have lesser known players but we need to be careful and play at our best against them."

After missing the post-season with Orlando, Vucevic first wants to take a break. Once his batteries are recharged, he'll be ready to go.

"The season has been mentally draining so it is best to cut back from it a bit to come back stronger. After this, I will start my preparation to get ready for the beginning of the training camp of the national team for the 2017 EuroBasket. 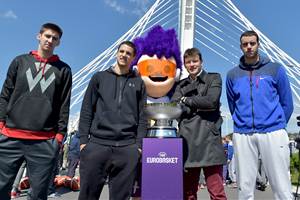 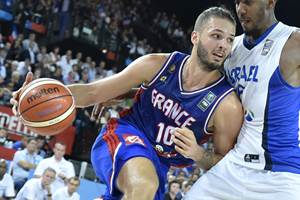