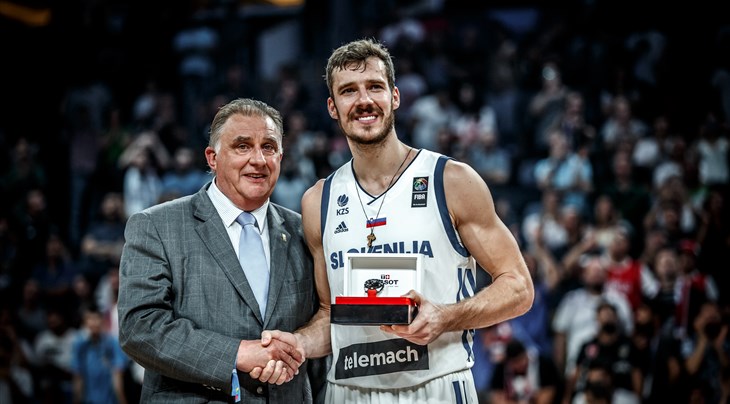 In his international swansong, Dragic led Slovenia to an unbeaten campaign - the first team since Lithuania in 2003 - and ensured their first-ever medal in the competition was the coveted gold.

In the Final, Dragic was sensational, scoring 35 points in the opening three quarters before suffering cramps late in the game. The 31-year-old did it all for his team, averaging 22.6 points, 5.1 assists and a bucket load of leadership in a magical ending to his international career. 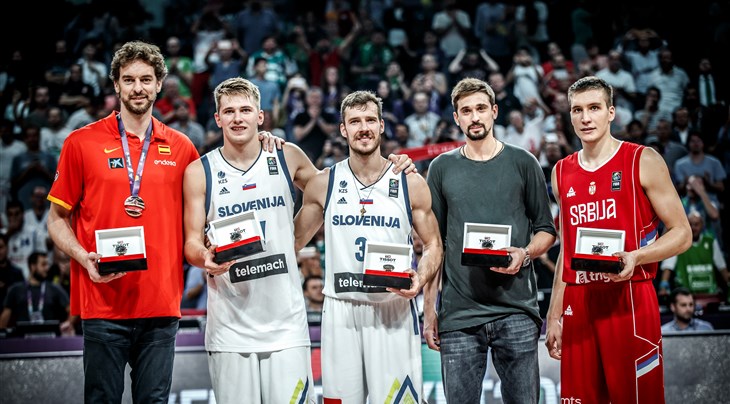 Dragic was joined on the All-Star Five by teammate Luka Doncic in an incredible feat by the 18-year-old emerging superstar. Impressively, Doncic got better as the tournament went on with his confidence rising on the big stage.

His all-round skillset was breathtaking, averaging 14.3 points, 8.1 rebounds and 3.6 assists. In the Final, Doncic was wielding a major influence with 8 points, 7 rebounds and 2 assists before hobbling off the court with an ankle injury in the third quarter.

However, he still had the game's highlight with an incredible coast-to-coast dunk in the second quarter to almost bring the roof off Sinan Erdem Arena.

After a heart-breaking defeat in the Final, Bodgan Bogdanovic received some cheer by claiming a spot in the All-Star lineup. Without several stars, some critics wrote off Serbia but Bogdanovic relished the extra responsibility to lead his team to silver. He had 22 points in the Final and averaged 20.4 points and 5 assists for the tournament.

The other guard position went to Russian star Aleksei Shved, who almost single-handedly led Russia to a fourth-placed finish. The tournament's leading scorer - averaging 24.3 points per game - carried the offensive load for Russia and handled the pressure superbly.

Shved also averaged team-highs of 5.9 assists and 19.9 in efficiency. He memorably scored 33 points in the Semi-Final against Serbia to almost will Russia to the Final. However, perhaps fatigued after a grueling campaign, Shved scored 18 points in Russia's loss to Spain in the Bronze medal game. It was his only sub-20 point total of the tournament.

Spain veteran Pau Gasol also won a berth after another stellar tournament. The two-time FIBA EuroBasket MVP averaged team highs of 17.8 points, 7.8 rebounds and 1.5 blocks. Gasol was superb in the third-placed game against Russia with 26 points, 10 rebounds and 3 blocks to ensure Spain won bronze and a podium finish for the sixth-straight FIBA EuroBasket. 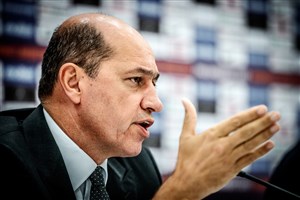