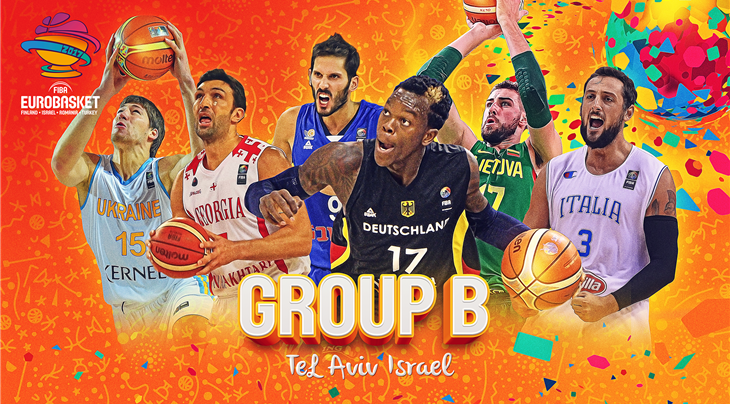 TEL AVIV (FIBA EuroBasket 2017) - Lithuania are the odds-on favorites to steal the show in Tel Aviv, but Group B looks like an even-money race for the remaining tickets to the Final Phase.

Georgia, Germany and Italy are coming to Israel with serious intentions and the Israeli hosts will be looking to make some serious statements as well, while the on-paper underdogs Ukraine are also ready to pounce if an opportunity presents itself. 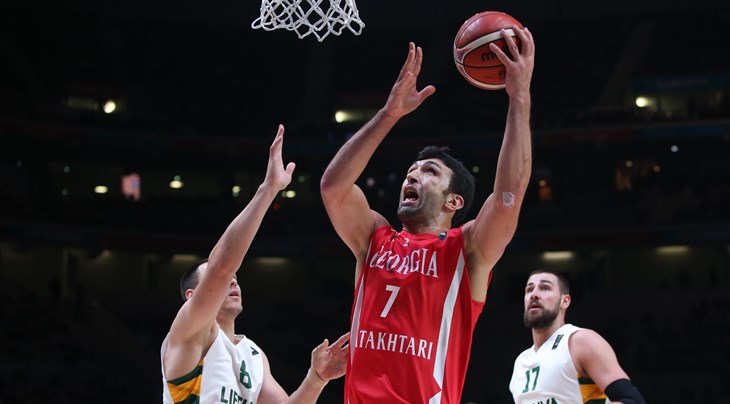 Preparation game result: 7 wins, 2 losses
2015 placing: 15th place
Major talking point: After registering a near triple-double in his first tune-up game against the Czech Republic, recently-crowned NBA champion Zaza Pachulia picked up an ankle injury in his second test game and has been sidelined since.
Injury update: Beka Burjanadze, Viktor Sanikidze
Key player: Zaza Pachulia
The bottom line: Georgia have been among the best teams in the friendly game circuit, winning tournaments in Klaipeda, Tbilisi and Athens thanks to the excellent play of Tornike Shengelia. Having picked up victories against Latvia, Lithuania, Greece and Serbia even without Zaza Pachulia, the Georgian side could be a dark horse to cause some noise in the Knockout Phase, especially if Pachulia gets cleared for action in time. 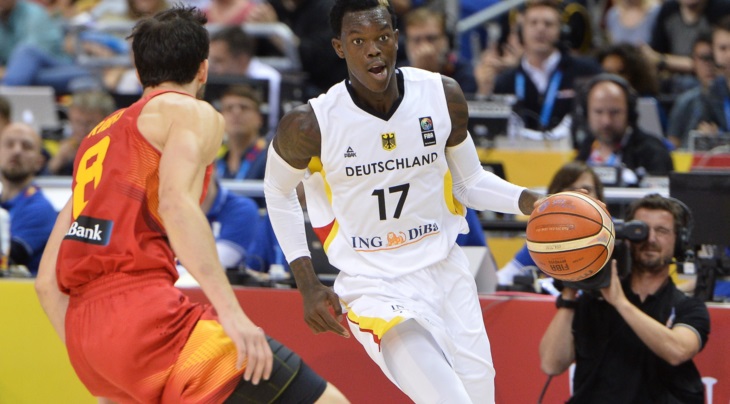 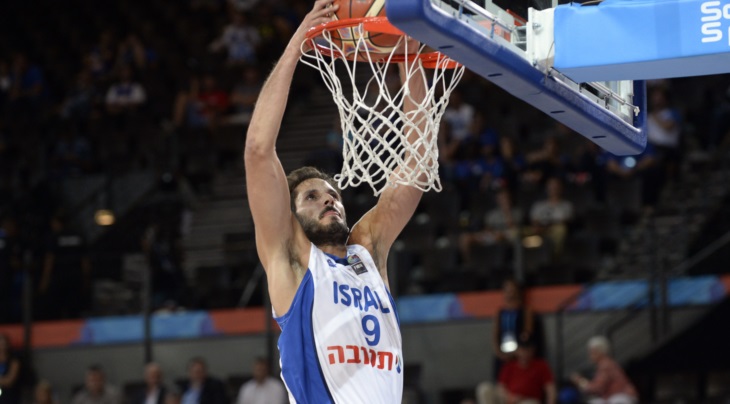 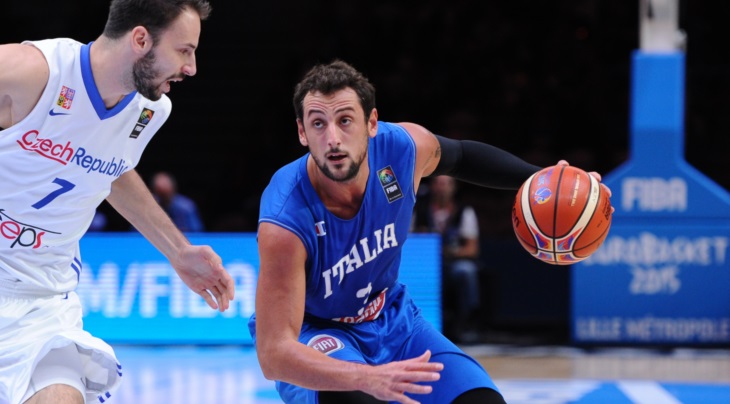 Preparation game result: 7 wins, 4 losses
2015 placing: 6th place
Major talking point: Danilo Gallinari fractured his hand after punching a Dutch opponent during what was supposed to be a friendly game against the Netherlands, leaving the Azzurri without their NBA superstar for the FIBA EuroBasket.
Injury update: Danilo Gallinari, Andrea Bargnani
Key player: Marco Belinelli
The bottom line: Italy have lost some very talented players in Danilo Gallinari and Andrea Bargnani, but the crux of the matter is that coach Ettore Messina still has a core of players many other coaches would be jealous of – a talented NBAer in Marco Belinelli and European stars Daniel Hackett, Nicolo Melli and Luigi Datome. Even without 'Gallo', Italy is a dark-horse medal contender. 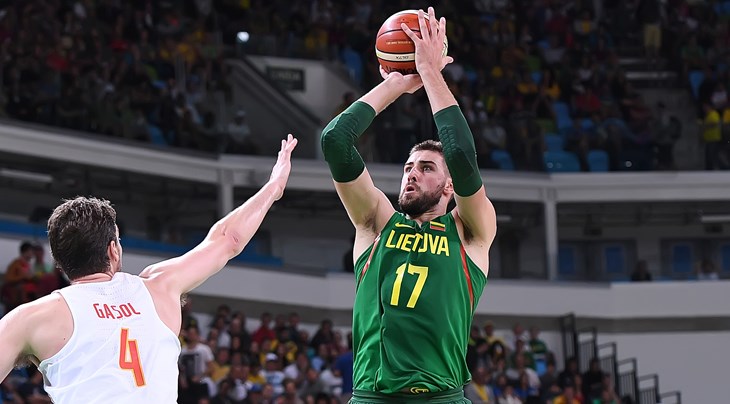 Preparation game result: 4 wins, 5 losses
2015 placing: 2nd place
Major talking point: Lukas Lekavicius seemed like the long-sought answer to Lithuania's never-ending point guard question, but a fractured foot the penultimate friendly game sidelined the 23-year-old for the next two months, sending coach Dainius Adomaitis back to square one.
Injury update: Lukas Lekavicius (Domantas Sabonis, Paulius Jankunas, Antanas Kavaliauskas and Renaldas Seibutis unavailable)
Key player: Jonas Valanciunas
The bottom line: Lithuania did not have the best run in the friendly game marathon leading up to the Group Phase in Tel Aviv, but if recent tournaments have taught us anything, it is to never count out the Green Machine no matter how unassuming they look. Somewhat thin in the big man positions behind Jonas Valanciunas and Donatas Motiejunas, Lithuania might opt for more small-ball options with Mindaugas Kuzminskas and Jonas Maciulis. Providing Mantas Kalnietis brings his A-game, we could see Lithuania put forward another podium bid. 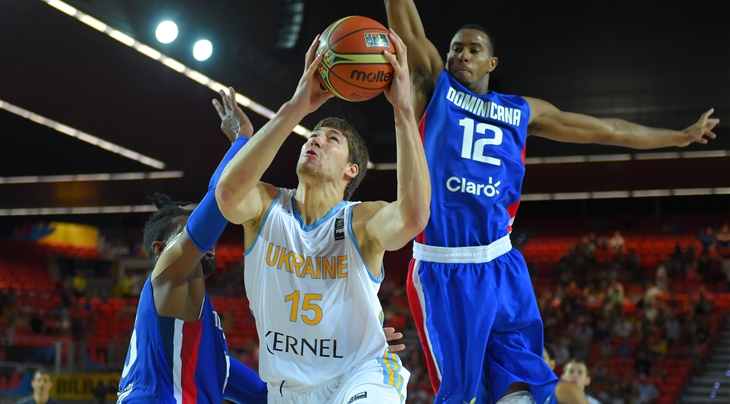 Preparation game result: 1 win, 7 losses
2015 placing: 22nd place
Major talking point: Missing a full range of top-level players, Ukraine was given a break a couple of days before the start of the tournament, with Viacheslav Kravtsov given a green light to suit play in the EuroBasket after picking up a knock in a friendly game against Croatia.
Injury update: Kyrylo Fesenko, Sergii Gladyr (Alex Len, Joel Bolomboy, Pooh Jeter, Sviatoslav Mykhailiuk and Jerome Randle unavailable)
Key player: Viacheslav Kravtsov
The bottom line: Ukraine are entering Group B play with the underdog label and will have the luxury of playing without the burden of expectation, with head coach Yevgen Murzin having to do without the two Ukrainian NBA players and top-level prospect Sviatoslav Mykhailiuk, as well as the injured team captain and soul of the team Kyrylo Fesenko and Sergii Gladyr. 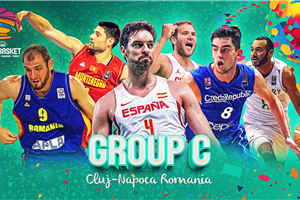 Group C: Spain get ready for liftoff in Cluj-Napoca, Croatia on their heels

Group C: Spain get ready for liftoff in Cluj-Napoca, Croatia on their heels 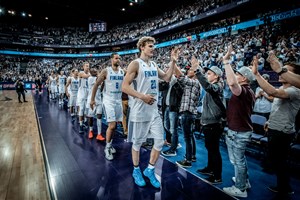