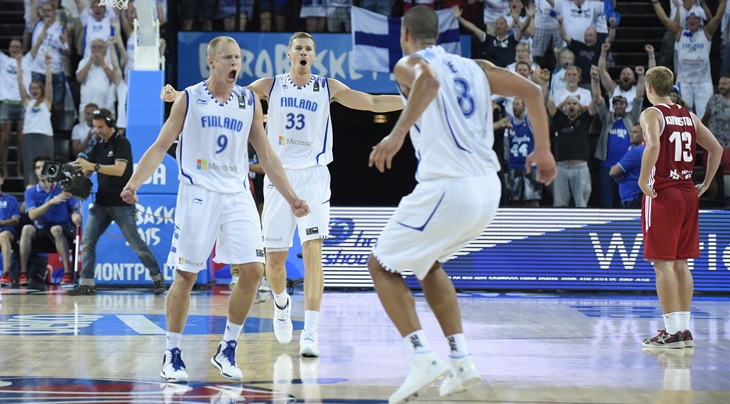 HELSINKI (EuroBasket 2017) - Timing is everything. For Finnish basketball, the announcement over the weekend that the country will host Group Phase games at FIBA EuroBasket 2017 was perfect timing.

For starters, the country will be celebrating its centennial. Finland gained its independence from the Russian Soviet Federative Socialist Republic on 6 December 1917.

Then there is the half-century mark. Fifty years will have passed since the country previously staged the EuroBasket. In 1967, when current coach Henrik Dettmann was just nine years of age, Finland had the competition in Helsinki and Tampere.

Perhaps most of all when it comes to perfect timing, consider all of the momentum that has been building for Finnish basketball the past several years. The Susijengi have captured the imagination of an entire country. This was evident when swathes of Finns packed the arena in Koper to root for their team at EuroBasket 2013, and again in Bilbao when 10,000 screaming supporters traveled to Bilbao, Spain to back the Susijengi at the 2014 FIBA Basketball World Cup.

The momentum carried over into this year, when Finland enjoyed a "home-court" advantage in Montpellier for four of their Group Phase games. Only France's fans outnumbered them on opening night in their clash, although the Finns would have snapped up more tickets had they been made available.

To get the nod to host a EuroBasket is just what the Finns needed because they can show how incredible their fans are on home soil.

Shawn Huff, a linchpin in the team the past several years, is elated.

Being a host nation of a FIBA EuroBasket is great recognition for the entire Finnish basketball family. Now, an even larger audience will have a chance to see top European basketball and us. - Huff

"The national team and the basketball family has been committed to a long-term project for the development of Finnish basketball and Finnish fans have followed us across Europe, encouraging us to do an even better job," said the 31-year-old.

Finland coach Henrik Dettmann has been the architect of the Finnish phenomenon. Organized, hardworking, determined, resilient and positive, the veteran coach has his pulse on basketball in both Finland and Europe. He was on hand in Munich on Saturday as part of Finland's bid contingent. 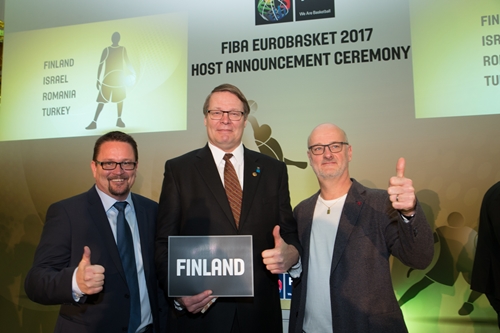 "If I had said eight years ago when we still played in [EuroBasket] Division B that we are going to be an organizer and probably expecting a full house every game, people would have sent me to hospital," he said.

Finland will be joined in hosting the Group Phase by Israel and Romania, who welcome the EuroBasket to their countries for the first time.

Turkey will host the fourth Group Phase group, as well as the Final Phase. 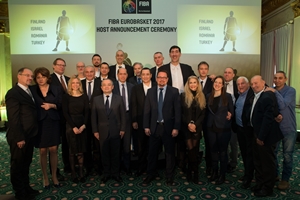 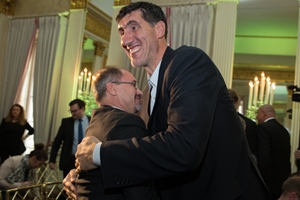