NEWCASTLE (Paul Nilsen Women's Basketball Worldwide) - As we celebrate another summer of #FIBAU16Europe being in the books, here are my unsung heroes from the action in Skopje and Sofia.

Many of the following players deserve some of the spotlight after not featuring in the All-Star Five line-ups at the FIBA U16 Women's European Championship Division A (Anastasiia Kosu - Russia, Juste Jocyte - Lithuania, Marta Morales - Spain, Audrone Zdaneviciute - Lithuania, Sara Roumy - France) or Division B (Mojca Jelenc - Slovenia, Ana Barreto - Portugal, Emma Rinat - Israel, Iva Zaja - Croatia, Karyn Sanford - Norway).
​
Both of those All-Star Fives contain excellent prospects, but here are some more performers that we could see at the senior level in a few years and competing for FIBA Women's EuroBasket minutes. 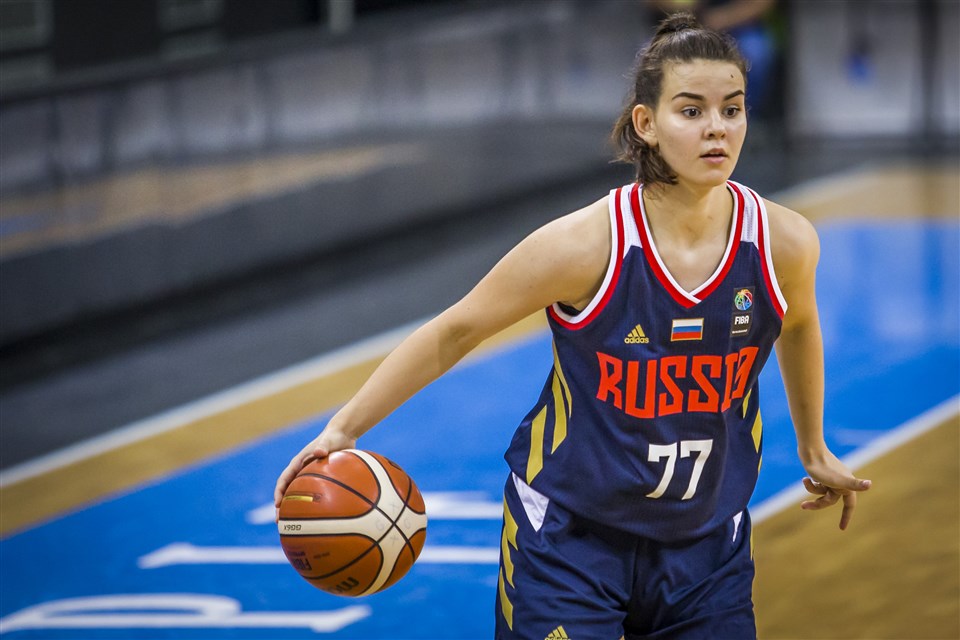 With MVP Anastasiia Kosu grabbing all the headlines for her epic MVP performance and pacing Russia to the top step of the podium, their golden run did need some key cameos behind their leading performer. And, none more so than Savkovich who underpinned the brilliance of Kosu with some influential and essential displays of her own. The do-it-all star averaged a double-digit scoring return with 10.3 points per game and also added 6.3 boards – plus leading her team with 3.3 assists per outing. 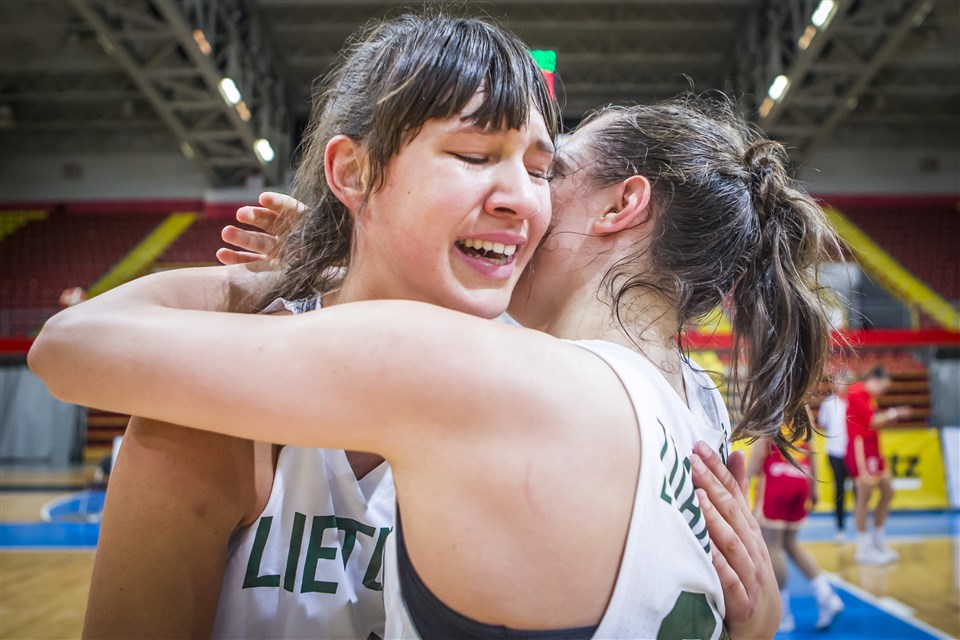 It was perhaps unfortunate for Cizauskaite that she was the odd one out when it came to gaining All-Star Five status, since she lost out to her team-mates Juste Jocyte and Audrone Zdaneviciute who were both given the nod for the prestigious individual recognition. Yet there is no doubt that Lithuania had a clear three-punch approach, headed by the amazing Jocyte. Cizauskaite was integral to Lithuania making history with their first ever Final appearance and maiden ticket to the FIBA U17 Women’s Basketball World Cup. She came close to a tournament double-double with 11.4 rebounds and 9.4 points per game – also second in efficiency for her team and blocking more shots than anyone else. While Marta Morales was handed a spot in the All-Star Five, many observers will point to excellent contributions from forward duo Chiso Okafor and Buenavida Estevez. I was particularly impressed with Buenavida Estevez who played less than 18 minutes per game but could barely have done more during that court time. She shot the ball better than anyone else on the Spanish team with a superb 52.9 percent, also snapped up 5.3 rebounds and I was impressed that she almost grabbed two steals per game as well. So solid and a real anchor along with Okafor who I could also have picked out. 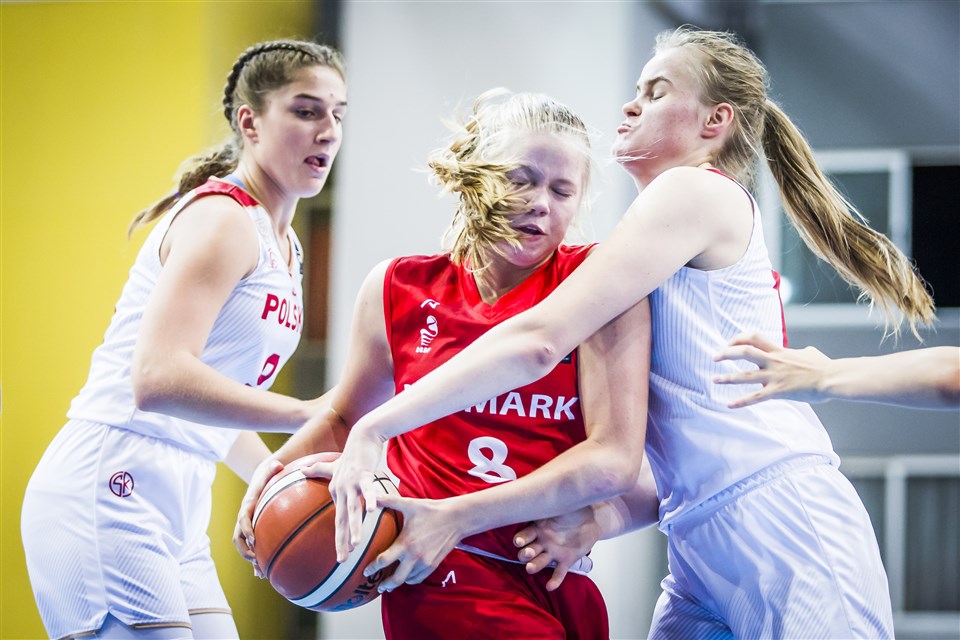 You could maybe argue that the third biggest story outside of Russia taking the title led by Kosu and Lithuania making history led by Jocyte was Denmark staying in the top flight for another year. They survived and did so at the expense of sending down Turkey with a thrilling win on the penultimate day of the competition in Skopje. They then cemented their spot with a last day triumph against Poland as Bork emerged as a hero with a stunning 21 points from 73 percent shooting, plus 7 rebounds, 4 steals and 3 assists. That was one of the standout performances of the summer for the sheer gravitas of what the victory meant to Denmark. 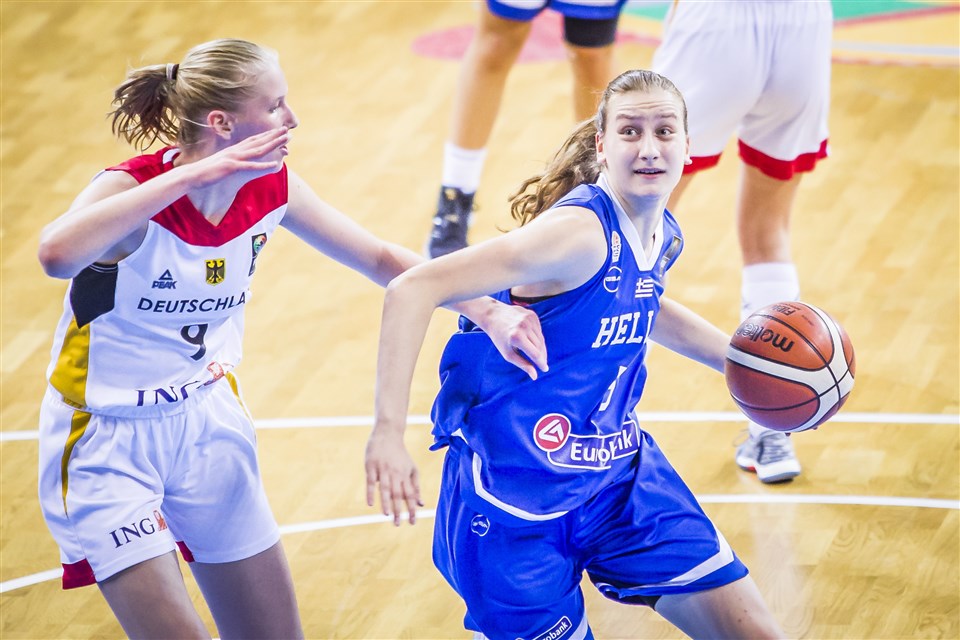 If finishing 12th in Skopje was mediocre, it took an astonishing all-around effort from Bosgana to ensure they were not dragged down to Division B. There is no doubt that she was one of the very best players to step out at the event and that was shown in her performances and the fact she topped her team’s chart in a jaw-dropping six different categories. She led the way in points, rebounds, assists, steals, blocks and efficiency. She has more assists than anyone else in Skopje and was also the tournament’s second top scorer with 19.3 points per game. Her defensive work also saw her joint second in the competition for steals. 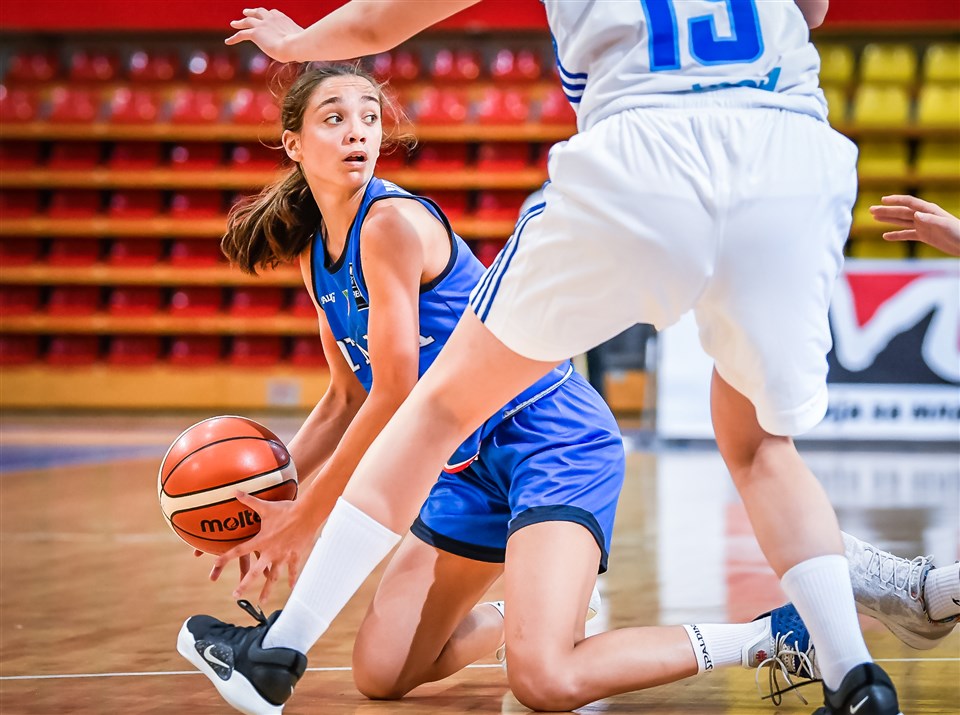 There was jubilation for Italy as they managed to take the last ticket to the FIBA U17 Women’s Basketball World Cup and throughout their campaign, Villa was absolutely key. She was the other player locked with Bosgana in second spot in the tournament for steals. That was indicative of her balanced approach at both ends of the court. She was a threat from long-range, showed a lot of composure with the ball and was the most creative player. Her leadership in key moments proved decisive. 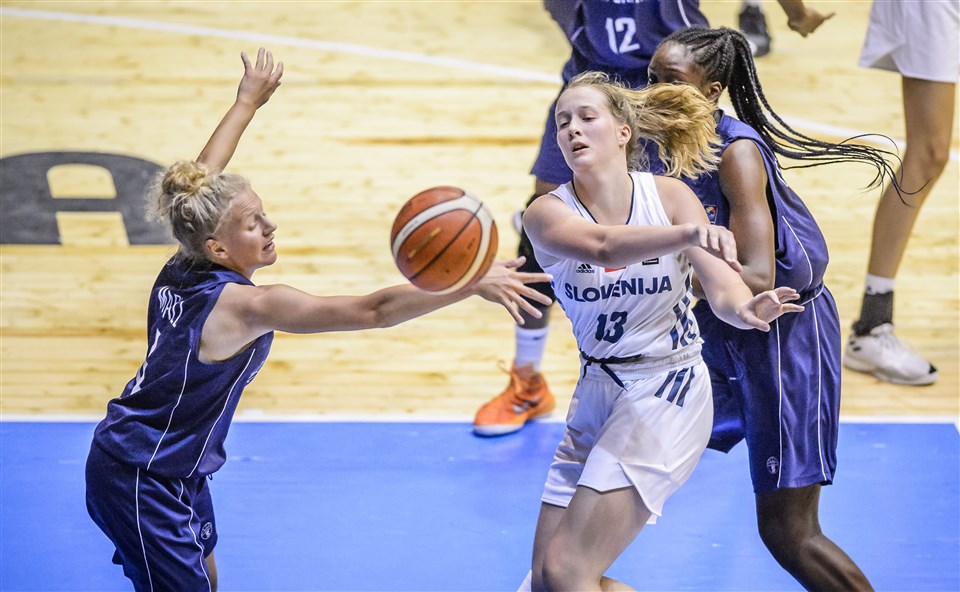 While Mojica Jelenc was crowned MVP due to her being the most consistent standout player for the Division B champions in Sofia and saving her best for the title game, there were strong cases made by a couple of her team-mates too. Dragar impressed by setting the tone in the early games with some massive performances and having lost star player Sara Garic on the eve of the tournament, that gave Slovenia the belief to push on and still achieve. She was a threat from long-range, deadly from the free-throw line, smashed it on the glass and a key cog in the wheel for her nation. Only 1 player was handed more minutes and that told a story. 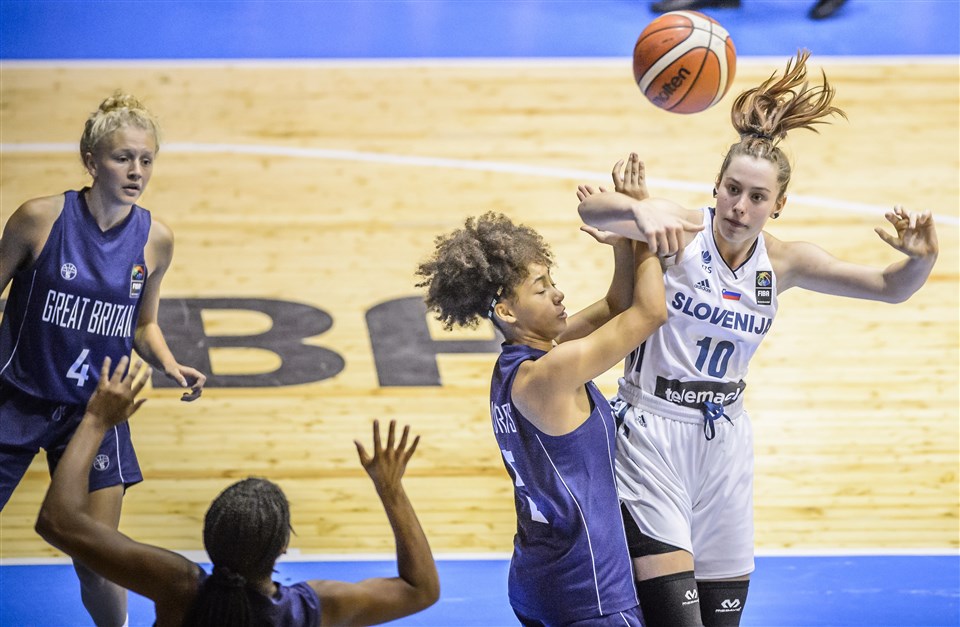 The three-pronged attack from the gold medal winners was competed by Ivanusa, who excelled throughout the tournament. The leading scorer for her team with 11 points per game, also leading her side in efficiency too – something that was helped by her excellent shot selection, which harvested almost 50 percent from the field. Her best work actually came at both ends of the court, doing a great job on the boards and snatching more steals than any of her team-mates. But maybe the one big reason for giving her the nod in my list is that she was also just 14-years-old and the second youngest on the Slovenia roster. 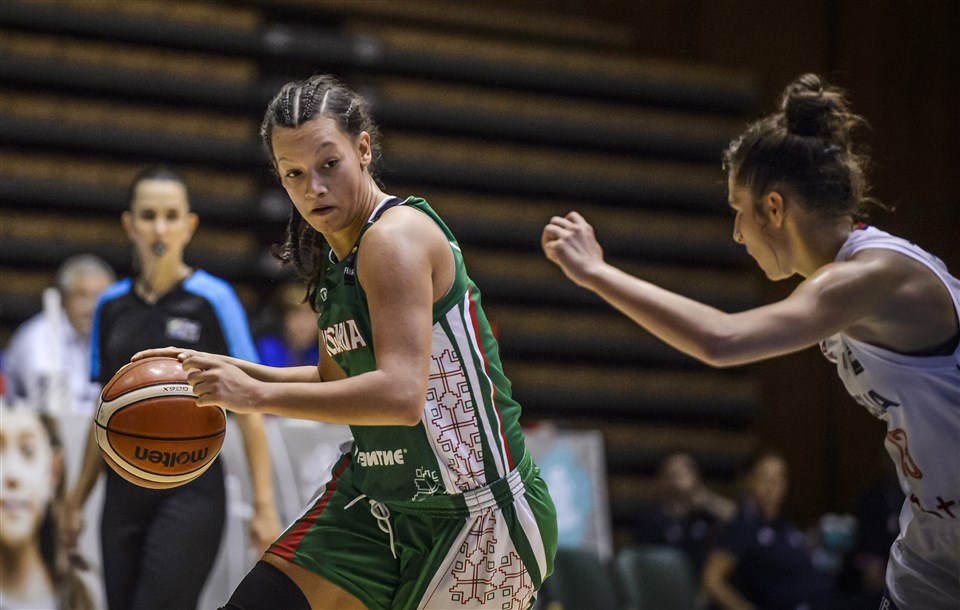 Georgieva was brilliant for Bulgaria last summer at this event and she delivered in a big way again. The tournament’s top scorer with 22.8 points per outing, she managed that superb return by firing almost 47 percent from the floor and for such high volume, that was excellent. In fact it must be something of an absolute rarity that any player finishes with more points per outing than anybody else and yet finishes as the most efficient player in the tournament. Then when you throw in the fact she averaged 4.7 assists per game too, it’s little wonder that the Bulgarian senior team is likely to be built around Georgieva in 5 years – or less. 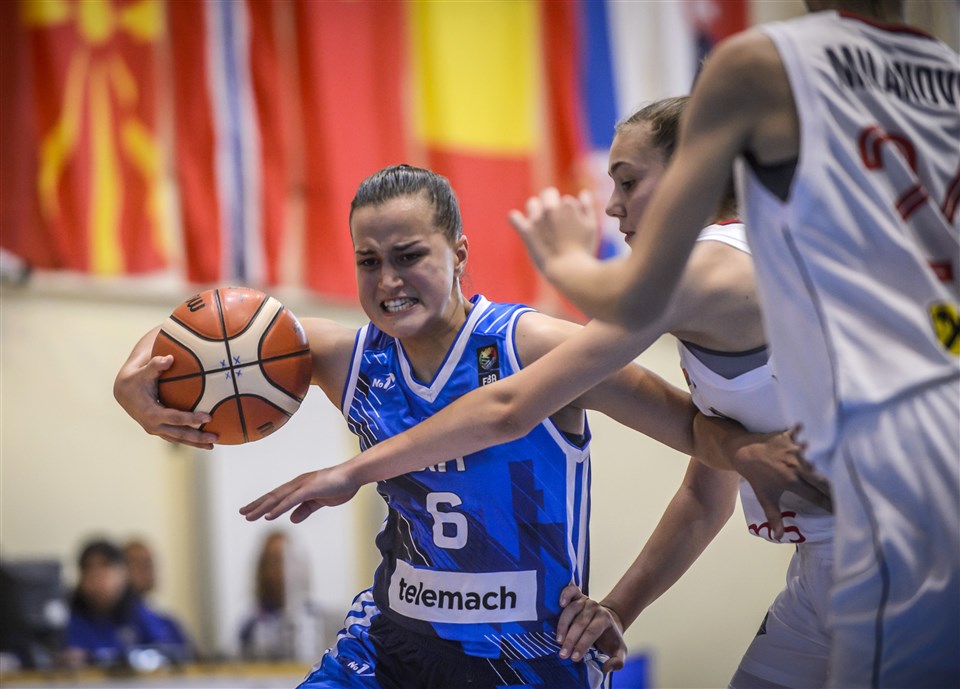 Another player we highlighted prior to the competition tipping-off in Sofia, Bobic came up with the goods as she led Bosnia and Herzegovina in four categories as well as coming up with some outstanding games. She had 20 rebounds against Albania, 8 steals against Israel and 7 assists versus Serbia. The end outcome was that she managed to showcase her lengthy skills set, finishing with a tournament double-double of 14.4 points and 11 boards – as well as a big efficiency score. 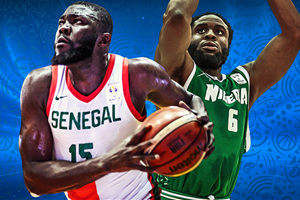