My EuroCup Women Team of the season so far

NEWCASTLE (Paul Nilsen’s Women’s Basketball Worldwide) – As the pause button is pushed after the conclusion of the EuroCup Women Regular Season, it’s time to assess which players have impressed most so far.

Interestingly, all of the starting five I have selected made it past the first phase, as did the entire bench too! So we are going to see these 12 players at least twice more in the tournament. So, here goes: 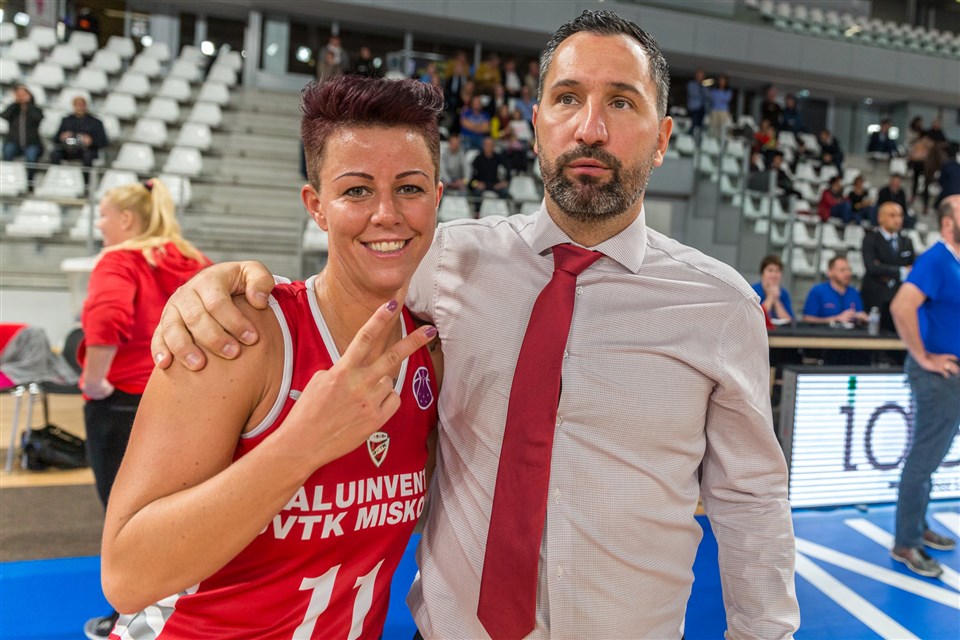 There is no doubt that most people did not expect DVTK Miskolc to book a ticket directly to the Round of 16 and in the process, bypass the Play-Off Round 1. At the heart of that great work by the Hungarian club is playmaker Dora Medgyessy. It fills me with such joy to see a pass-first point guard like her play so brilliantly in the core role – to create for her colleagues on the floor. It was a seriously crazy-good Regular Season for Medgyuessy whose numbers were jaw-dropping ! It has been really amazing to see her hand out more than 11.8 assists per game. This is astonishing as it is more than 4 assists per outing better than any other player in the competition! She has been highly entertaining too. I really love her game because she plays basketball the way it should be played. Seeing Whitcomb play ‘live’ for the first time at the recent FIBA Women’s Basketball World Cup was an absolute thrill. Parachuted into the Opals’ camp late, the 2018 WNBA Champion impressed me greatly with the way she slotted into the side with the minimum of fuss. Head Coach Sandy Brondello told me it was a hugely appealing quality and then she delivered on the court to propel Australia to the Final. Whitcomb has continued in that rich vein of form for BLMA , that is for sure. She has dropped 30 triples in her six Regular Season outings, basically shooting 50% from long-range, while racking up 22 points per game. With 3.5 assists and 2.7 steals per outing as well, you had better believe that Whitcomb can do some serious damage in multiple ways. I love her game - a lot! 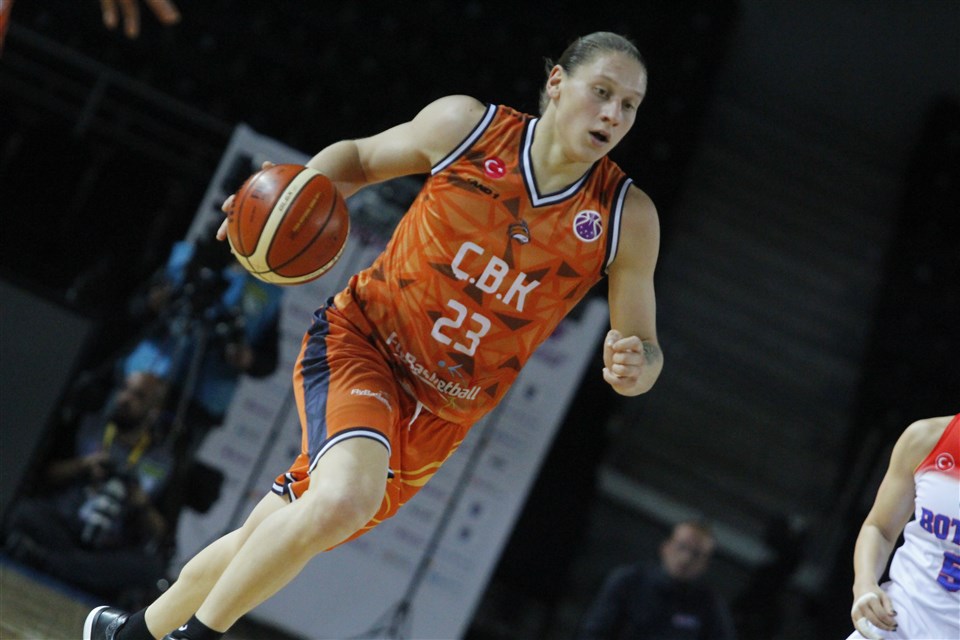 Writing about the insane skills of Iagupova never gets tiring because for me at least, she is still one of the 3 best players in the women's game never to have played in the WNBA or in a global women't tournament (with Ukraine). She is the heartbeat of Cukurova Basketbol who went unbeaten in the Regular Season and seem intent on destroying everyone their way - perhaps extra motivated by the fact they missed out in the EuroLeague Women Qualifiers. I heard one colleague describe Iagupova as 'just a volume shooter'. That could not be wider of the mark. Yes, she puts up a lot of shots, but as the centerpiece and marquee player, that is what she needs the green light to do. Yes, Iagoupva can shoot from every corner of the court, but once she puts the ball on the floor, she has the athleticism to kill you going to the hoop - so pick your poison. For me though, the most important element this season is how much more creative she is getting as she matures. She is currently second in the assists chart with a brilliant 7.3 per game. Not bad for 'just a volume shooter'. 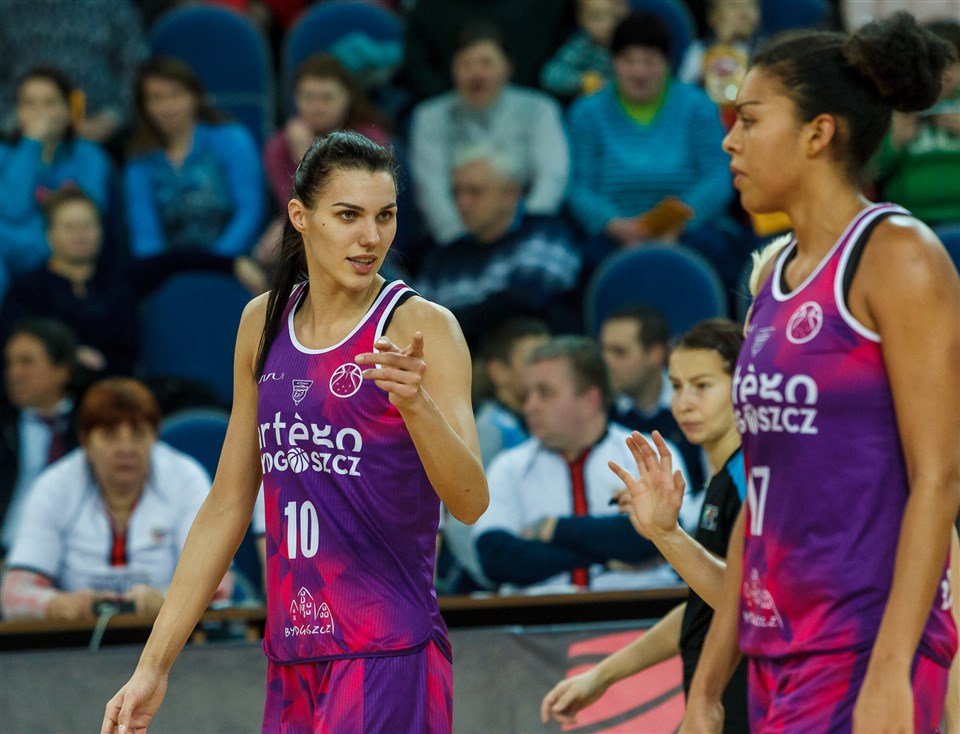 Those who read my columns regularly will know that for a small number of special players (Iagupova, Zandalasini and so on) you have to hand out a license for them to fire freely when they are on the court, in order to get the most out of them. For everybody else, I love players who give maximum productivity for an efficient amount of input. On this basis, Dragana Stankovic has been superb. She has shot the ball better than anyone in this competition, making an eye-bulging and stellar 35 of her 51 shots - equating to 69% from the field. Throw in the fact that defensively, she is the only competitor in EuroCup Women to be swatting 3 shots per game, is in the top 5 for efficiency and averaging a season double-double and it is easy to see why she is a no-brainer pick. There will be tough times ahead for Bydgoszcz so Stankovic will need to maintain this excellent showing for a bit longer. 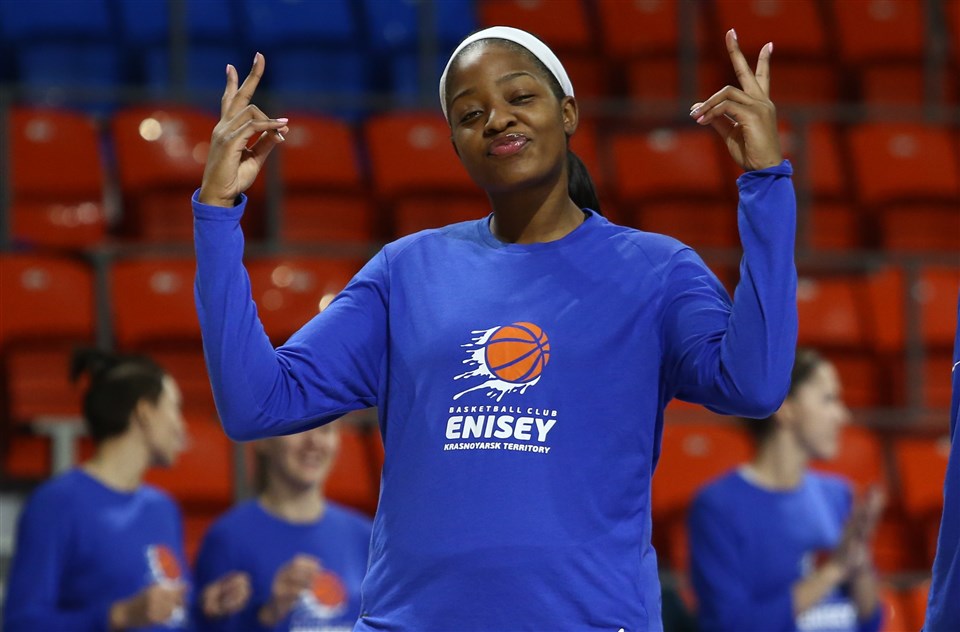 Having not made a significant impact during her WNBA rookie season recently at Indiana Fever, the frontcourt ace is simply tearing it up in hr first campaign overseas. She finished the Regular Season  as the top scorer with 24.5 points per game, the top rebounder with 13 boards per outing and also the most efficient player in the competition. That is absolutely outstanding in itself, but especially for a first-timer who has been trust into a new situation in her first pro-experience outside of the States. And that 13 of 14 against Mersin was breathtaking when she eventually amassed 32 points. 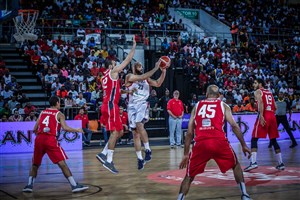 Is Kai Sotto the future of Asian basketball? 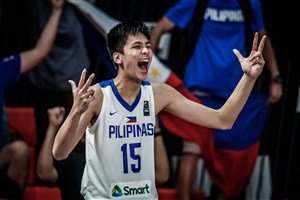