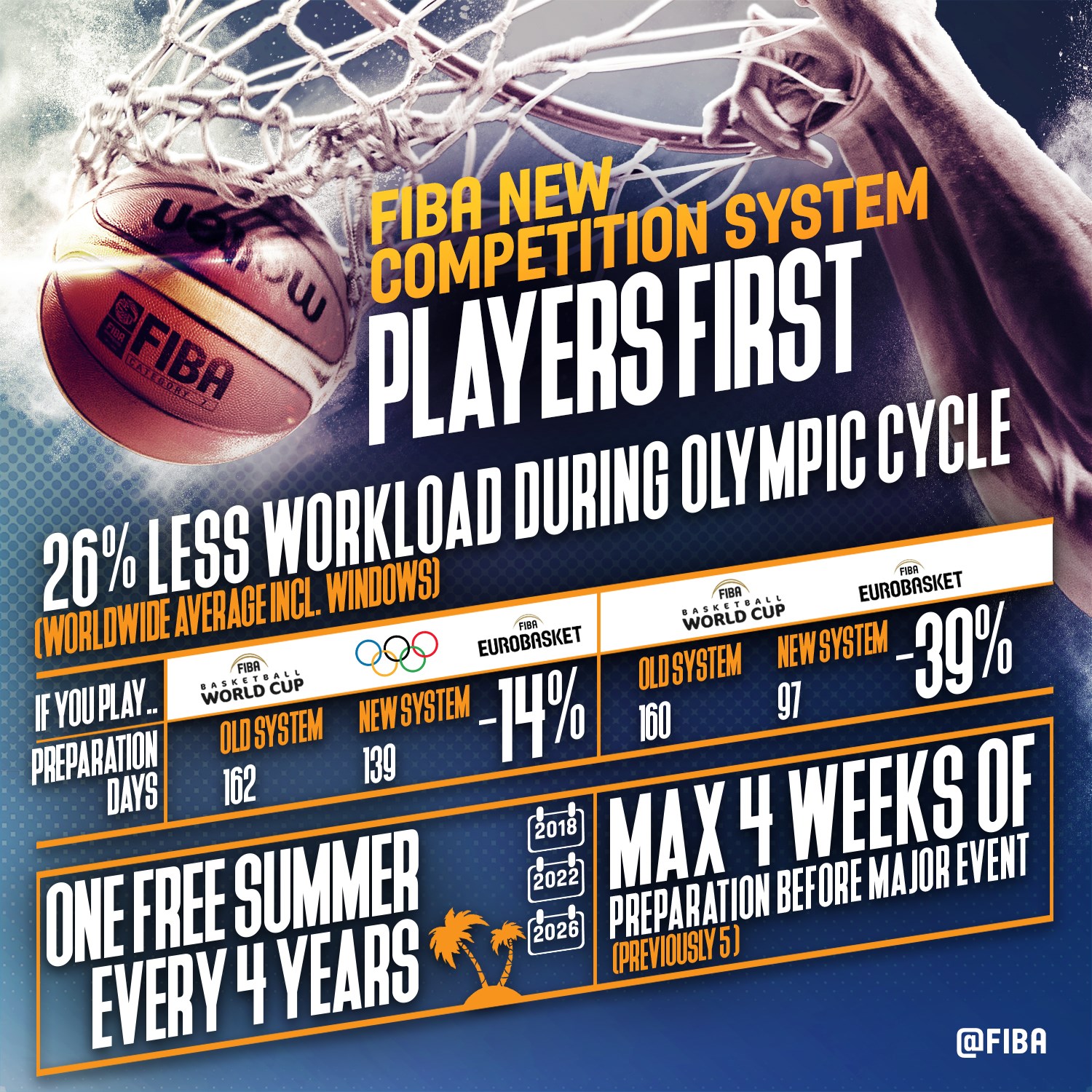 FIBA's new competition structure and calendar has been designed to not only enable basketball to achieve its full potential, but also benefit players by reducing their workload.

Under the old system, top players could find themselves in year-round action with national team commitments to fulfil after the demanding club season had finished.

Basketball is all about the players. It is their exciting talents that fill arenas, pull TV audiences, generate revenues and inspire youngsters to play.

A free summer in every cycle

Now, for the first time, players can look forward to a full summer off every four years with no national team competitions to play in. Additionally, they will have at least a full month off in the years of the FIBA Basketball World Cup and Continental Cups. 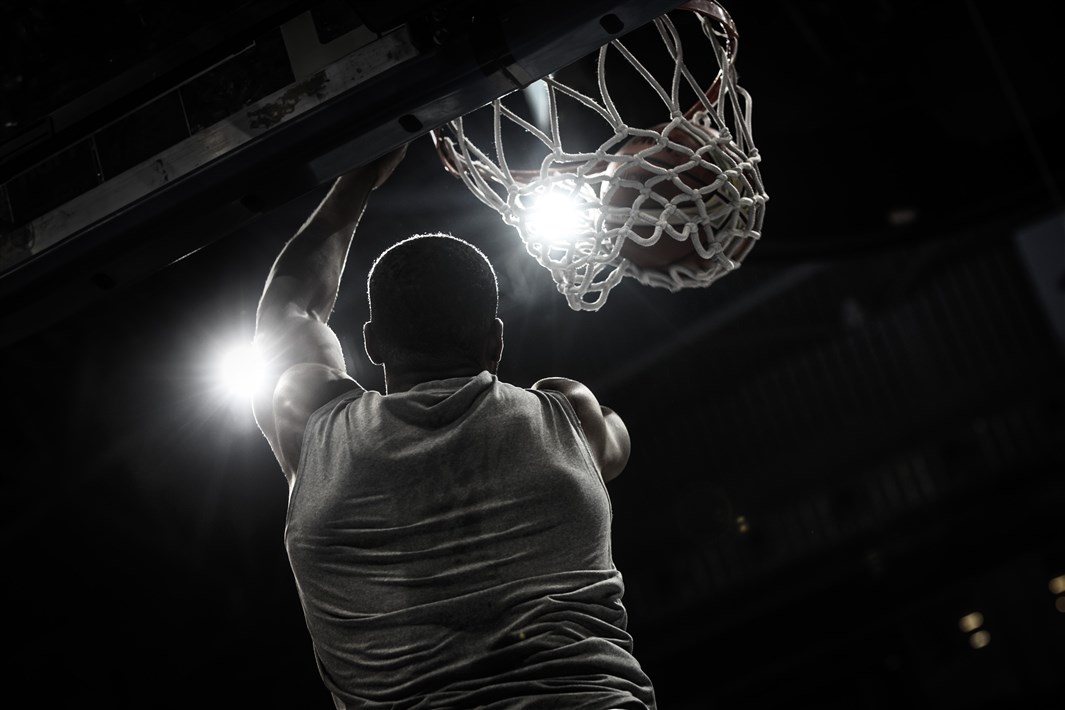 FIBA concludes that the new format to qualify for major tournaments will result in a clear reduction on players' workload, with the average worldwide measured at 26%. This is because of a reduction in the preparation time required for qualifying games.

Critically this will have the impact of reducing the risk of injury, a major concern for FIBA and players alike.

Only the September 2018 window, coming after a holiday period for the players, will have a maximum of 14 preparation days.

Because the new qualifying format allows for a change of roster in each window, the workload will be shared among a higher number of players.

And as games will be played in windows throughout the year, more players will have a chance to play for their national team. That means more opportunities for players to develop their talents and career paths.

New opportunities for young players from more countries to play at the international level will enable those from less prominent basketball nations to develop their skills and talent. The more games played against good opposition, the more playing standards will improve.

The absence of NBA players during two of the windows will present opportunities for other talented players to shine for their national teams and as a result develop a whole new generation of basketball stars. 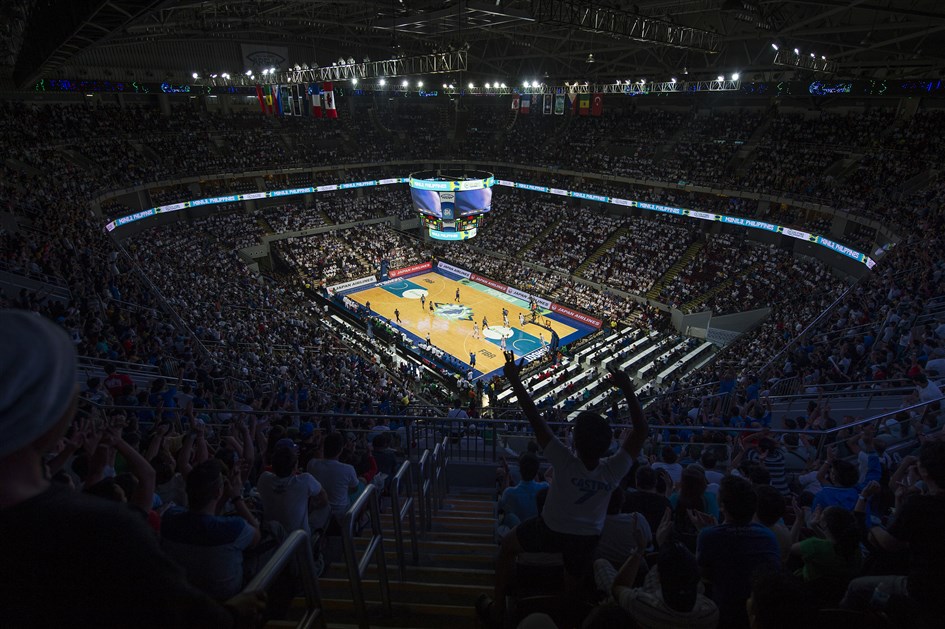 While the new system will have a dramatic and beneficial impact, it is not the first time FIBA has listened to the players and reacted.

The number of games played at EuroBasket to reach the Final has been reduced from 11 games in 2013 to 9 in 2015. In 2017, there are two additional days off and the schedule offers more rest for players and guarantees that the maximum number of consecutive game days for every team is limited to two.