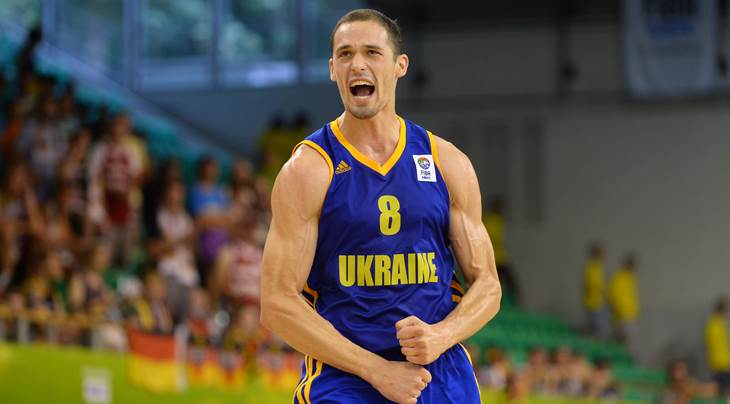 These are good times for Gladyr, the AS Monaco star who recently scooped the honor as the Disneyland Paris Leaders Cup Most Valuable Player.

The achievement put the soft-spoken Ukrainian international in the spotlight again and reminded everyone that he's the same, sweet-shooting talent that was drafted by the NBA's Atlanta Hawks in 2009.

Due in large part to Gladyr, AS Monaco are the team of the moment in the French top flight, and the Basketball Champions League.

Gladyr, many are sure to agree, will make Ukraine one of the favorites to reach the FIBA Basketball World Cup 2019 if he takes part in the Qualifiers, which get underway in November.

Playing at FIBA's flagship event for a second straight time is high on his agenda.

"Of course it is," he said to FIBA.com. "My dream is to win Olympic medals but I realize that's almost impossible for me as a Ukrainian basketball player. But to participate (in Tokyo 2020), we have some chances. But first of all, we have to make the World Cup and do everything possible to finish as high as we can. It would be an honor to be there and I'll try to do that."

Under FIBA's Competition System 2017+, teams can only reach the Olympics by way of first playing - and performing well - in the FIBA Basketball World Cup.

Gladyr especially wants to make it because at Spain 2014 in Bilbao, he got a taste of the big time. On opening day win against Dominican Republic, Gladyr was hitting three-pointers and making sweet bounce passes to help his team to a 72-62 win.

The thrill of victory then turned to the agony of defeat. Gladyr got hurt in the second game against Finland and wasn't able to play the rest of the Group Phase and Ukraine barely missed out on progressing.

"I don't even remember what happened after that. I was so excited to play the first game and the second game starts and I was so excited that we were able to beat the Dominican Republic and could go so far. We could beat two more teams and maybe get to the Quarter-Finals. And then I got injured. I was out of it mentally."

China will provide a chance to put things right. So what must Ukraine do to reach the World Cup? They have to make it through the FIBA Basketball World Cup 2019 Qualifiers.

Over a four-year cycle from 2017 through 2021, national teams will play regular home and away games to qualify for the World Cup and the FIBA Continental Cups 2021.

"Summer time is summer time and not only do basketball players want that time off but a lot of people like to have a vacation so the games during the year will be a great opportunity for the fans to go and see them." - Gladyr

"This schedule will be a great opportunity for everybody to have a rest during the summer and play for their national teams during the year and especially in good shape," Gladyr said of the Competition System 2017+.

One benefit will be that players won't have to go through a rigorous training camp to get physically ready for the games.

"During the season, you are working with a team and you are trying to maintain your shape, to win something in your championship but in this case, to be ready to play for your national team," Gladyr said.

The change, he says, should end up benefitting the fans, too.

"Summer time is summer time and not only do basketball players want that time off but a lot of people like to have a vacation," Gladyr said. "So the games during the year will be a great opportunity for them [the fans] to go and see them. Sometimes in the summer, they can't."

Gladyr also wears a business hat. He says that it's high time that basketball got back some lost market share. When national teams used to play throughout the year, they made a lot of headlines.

"FIBA is going in the right direction. We'll be playing in November, December and February and it will be more popular. I hope so."

Before Ukraine take part in the FIBA Basketball World Cup 2019 Qualifiers, they have another important tournament in the shape of this summer's FIBA EuroBasket 2017 where they will play in Tel Aviv's Group B against Lithuania, Georgia, Germany, Italy and Israel. 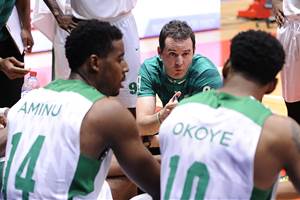 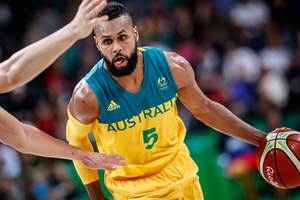