Helsinki in a nutshell 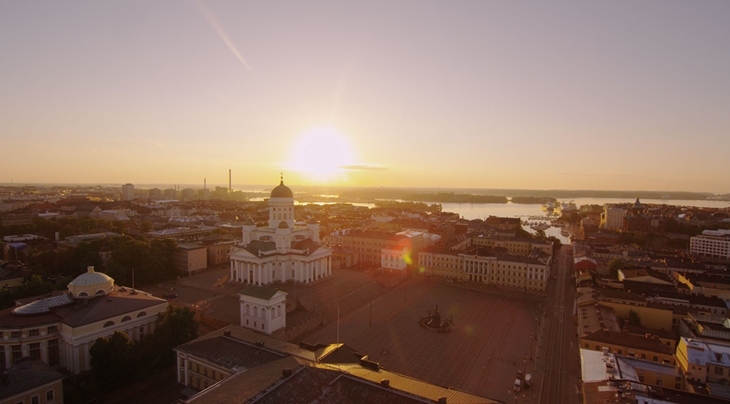 Finnish capital since 1812, Helsinki is by far the biggest city in Finland as well as one of the biggest cities in Northern Europe with over a million inhabitants in its Greater Metropolitan region.

King of Sweden, Gustav Vasa, founded Helsinki in 1550 as a trading post to compete with the Hanseatic city of Tallinn. It took nearly three centuries for the city to start to blossom. When Russia annexed Finland from Sweden, Russian Czar Alexander I gave his architects the task to renew the Helsinki cityscape to become a “sister city” of storied St. Petersburg.

Helsinki of today is a modern, compact and stunningly beautiful city surrounded by sea and a vast archipelago filled with culture, history, business possibilities, entertainment and world class architecture. Helsinki is a unique mix of both western and Russian influences and at the same time both vast and approachable, big and intimate, busy and calm.

Summertime Helsinki is unique even by global standards. Its numerous parks and promenades invite both locals and visitors to enjoy the endless days and nightless nights of Scandinavia. Don’t be scared of the latitude; The Gulf Stream assures that daily summer temperatures in Helsinki comfortably reach between 20 and 25 degrees Celsius.

While most visitors spend their days around the city centre area around the Central Railway Station and make a day trip to UNESCO heritage site of Suomenlinna Fortress (only 15 minutes by boat from Market Square), there are plenty of interesting places to roam such as the historic administration district of Kruununhaka, the lively Kallio region filled with young people and artists and even modern Ruoholahti with its canals, parks and cafés.