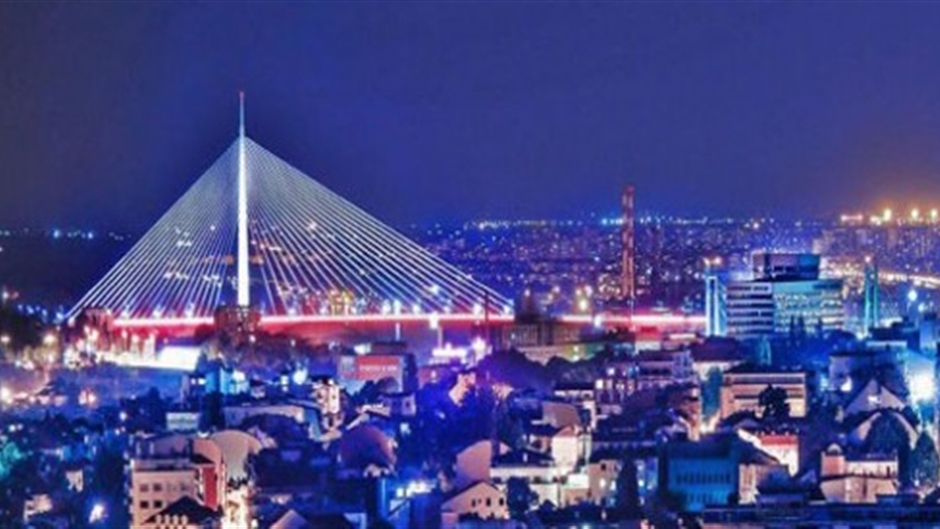 Belgrade is the City of Culture, Inspiration, Sports and Festivals, Serbian capital develops and changes fast, protecting its rich and diverse history within the mixture of culture, architecture and urban spirit. With some of the most attractive locations, Belgrade Fortress – the oldest cultural and historical monument, Skadarlija – the bohemian quarter in the city centre, Knez Mihailova Street; Old and New Royal Court, Federal Parliament, Temple of St. Sava, Zemun and many others, Belgrade makes the cultural centre of South East Europe. 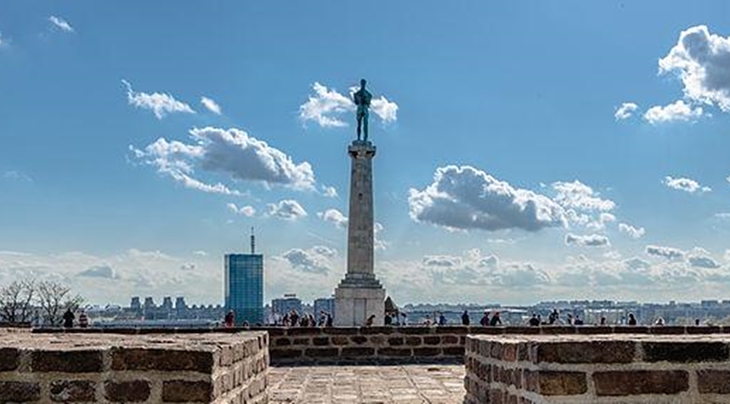 Gastronomy – Serbian cuisine is a mix of Mediterranean, Hungarian, Turkish and Austrian, accompanied by a large diversity of beverages. With over 3.000 restaurants, bars, cafes, clubs and “kafanas” Belgrade offers good value for money with a diverse cousin which includes international and traditional national dishes. At least one meal with fish is a must down in one of the restaurants by the rivers, on the water. But when in town, use the opportunity to try out something typically Serbian. Probably the best place to try out the local cuisine is Skadarlija – the bohemian quarter.

Nightlife - Belgrade vivid nightlife, floating clubs and partying until dawn are widely famous and many people come here just to feel that special energy that overwhelms the city during night. Rich nightlife has made Belgrade the capital of entertainment.

Belgrade Fortress is the oldest part and the core section of the city. It overlooks the confluence of the Sava and Danube rivers and that very spot next to the statue Pobednik (The Victor) is the most beautiful lookout in Belgrade. It was gradually built from the 1st to the 18th century as a fortified defense complex. Today the Fortress is a unique museum of Belgrade history.

Belgrade on the river banks: Sava and Danube - The confluence represents the most attractive point under the Belgrade fortress, and along with the Big War Island is a real natural oasis in the heart of a modern city. The river banks never sleep: on numerous boats, restaurants and cafes visitors can have a cup of coffee, eat a fish speciality, listen to music and have fun.

Skadarlija - the old bohemian quarter of Belgrade dates back to late 19th and early 20th century. At that time kafanas (taverns and restaurants) were meeting places for greatest figures of a cultural scene. It is often compared with the Montmartre in Paris, both for its appearance and the cheerful, vigorous artistic atmosphere.

Zemun - Once a separate city, Zemun is nowadays known as a romantic and poetic part of Belgrade. Zemunski kej, is a kilometres long promenade by the Danube, with barges-cafés, amusement park and Grand Casino while the Gardoš Tower - the most recognizable symbol of Zemun. This neighborhood preserved its old looks, with narrow, mostly cobblestoned streets and residential houses. 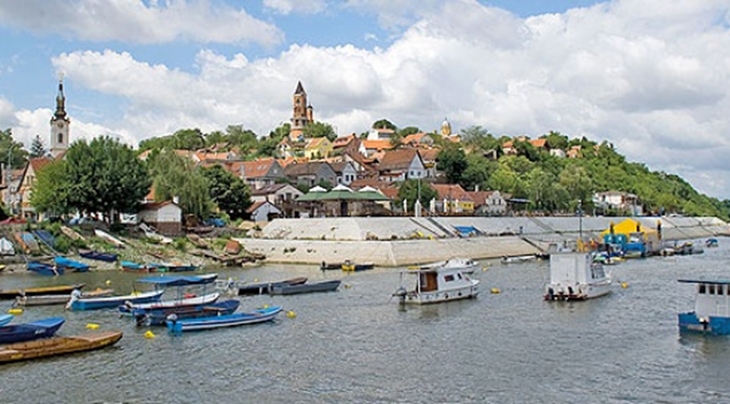 Dva jelena  is one of the oldest Belgrade restaurants with tradition that dates back in 1832. It is considered the favorite bohemian bistro in Skadarlija with atmosphere enriched with sounds of live traditional folk music. 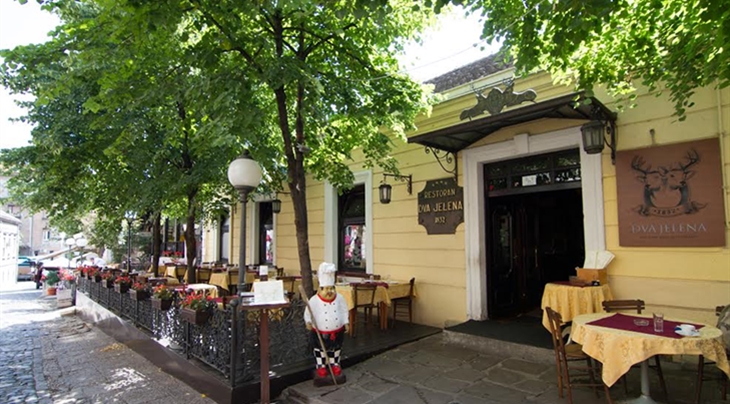 Tri šešira Restaurant is so popular that tourists and diplomats frequently visit it. Some people even call it gourmand's paradise since its menu offers a true feast for your palate. Just like any other Skadarlija restaurant, it serves specialties of local cuisine with grilled dishes as the most popular, however guest can try fish courses and some vegetarian specialties, as well. Local desserts are inevitable part of any lunch or dinner.

With the opening of  Toro Latin Gastrobar, Belgrade gastronomic scene became richer for one valuable "restaurant" gem. The creator of the concept and the Toro menu, Mexican chef Richard Sandoval put his knowledge, experience and passion for food into the creation of the restaurant that was opened in 2013 at a popular gastronomic spot Beton Hala, in Savamala. 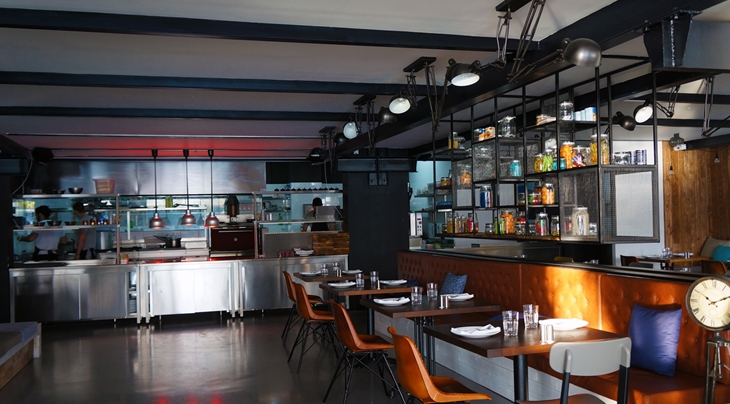 Madera Restaurant has a special place in heart of old Belgradians and it is considered one of the most popular Belgrade restaurants. Set in a beautiful surrounding of Tašmajdan Park, Madera is known after excellent selection of dishes prepared by experienced chefs and rich list of wines from Serbia, region and several international wine regions (Italy, France, Portugal, Spain, Australia).

Berliner, a bar named after German capital is the new hip spot in the famous district in Belgrade- Savamala. Berliner is very comfortable and mostly indie - oriented. They have more than 80 types of beer which they serve with tasty sausages and German sweet mustard together with pretzels. Great place where you can drink, eat and have more then pleasant time.

Pastis cafe is named after famous drink and it reminiscence the atmosphere of French bistros. Although it has two levels, unfortunately it is too small to host everybody who would like to come and enjoy its atmosphere. Pastis boasts with rich offer of wines from whole world that can be ordered by glass. It is located in the middle of Strahinjića bana Street, therefore it can be very crowded, especially on weekends.

Bajloni Bar & Beyond - Magical place located in the vicinity of Skadarlija, created for complete enjoyment – morning coffee, squeezed juice, wine tasting and live performances by night. It used to be an old beerhouse owned by the BIP brewery and although now fully renovated, it has retained the rustic look with a touch of Parisian bistros. Bar has a wonderful garden, located in the shadow of the birches resembling small paradise that gathers sparkling and cheerful people. 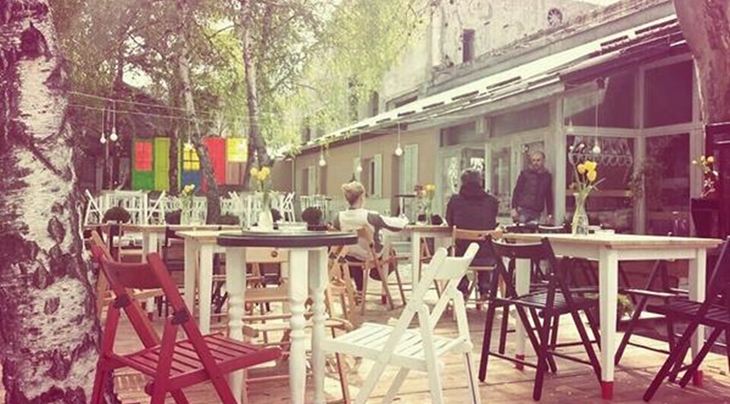 Disco Bar Mladost lies near the river and relatively far from the city centar; nevertheless it is very popular and visited. Although its outside gives different impression, club is very modern, with contemporary design. It is located near main bus station, in part of the city lately known after rising number of hip nightclubs. Mladost has two bars, upper in street level and lower in a basement. Bars differ from each other by music genres. Upper bar is visited by lovers of disco, funk, jazz and house sound and lower is known after deep tech music and DJ performances. Since lower bar is open till early morning hours, it has reputation of after hour bar.

Lasta club is a raft  ( Belgrade summer club ) located at Savamala, next to the Old Sava Bridge and it represents a place where sophistication and elegance is mixed with the spirit of wild parties on river. The main culprits for incredible parties at Lasta are DJs that make every party wild and unique. Lasta represents shelter for refined city crew that knows how to party while listening to sounds of electronic music, with accent on disco house.

Meet interesting people, dance with your friends all night, or hang out with cute girl – you can do at Lasta whatever you like. Have an amazing night experience, and create new exciting memories. And don’t worry about walking – Lasta is reachable with car, and in front of it there are many parking spots. 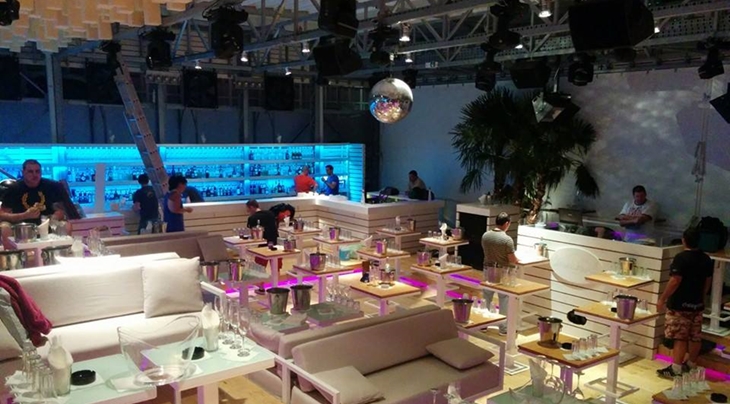 Freestyler Belgrade club is an institution, a factory of entertainment and fun. Over the last 10 years, it has worked hard to be one of the top Belgrade summer clubs. And it definitely is.

Terassa Belgrade club  is a mix of a club and a lounge bar. It is a newest place in the city, located in the heart of the downtown of Belgrade. Amazing view will leave you breathless, as well as beautiful model guys and girls that attend weekend partys. Terassa works every day like a lounge bar, but on weekends ( Friday and Saturday ) it become host of Popular wild partys like, My Boyfriend Is Out Of Town, which is hosted every Friday. 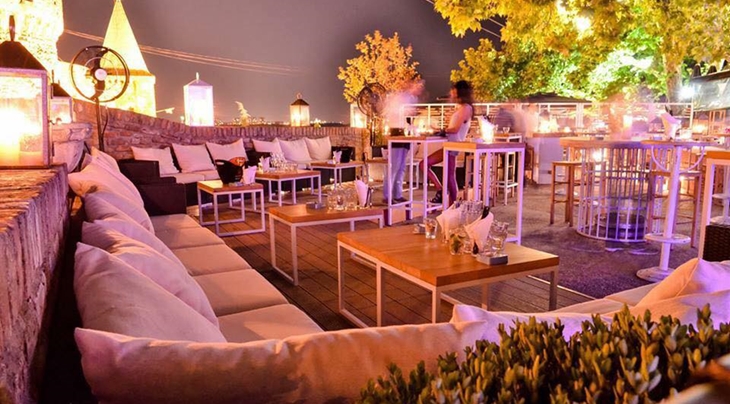