MANAGUA (Nicaragua) – Marquinhos Sousa's 14 points and 8 rebounds led Flamengo past Caballos De Cocle in a huge win during Basketball Champions League of Americas quarterfinals, moving into the semi-finals with a 74-59 win on Saturday afternoon.

Flamengo started out the game strong, going on a 7-0 run in the first 2 minutes, with Rafael Hettsheimeir scoring the first 5 points.

Martinez and Sousa also recorded 5 or more points in the first quarter, while Yago Santos was a key playmaker for the offense with 4 assists as Flamengo dominated Caballos 21-8 in the first ten minutes.

With Jose Lloreda being the only scorer for Caballos with more than 2 points in the first quarter, Michael Hicks stepped up with a 7-point performance while Timajh Parker Rivera tallied 5 points and 5 rebounds in the quarter to cut the lead from 13 to just 9 points, outscoring Flamengo 18-14 and going into the half with a score of 35-26.

Flamengo slightly extended their lead to 11 entering the final 10 minutes of the game, outscoring Caballos by only 2 points, 18-16. Sousa was the key player for Flamengo on both sides of the boards, recording 13 points and 6 rebounds by the end of the third quarter, while Hettsheimeir wasn’t far behind with 9 points and 7 rebounds, all of which were defensive boards.

Also holding Rivera to just 2 points was a key defensive move for Flamengo to keep their lead, as well as boxing out to keep him off the boards. Ernesto Oglivie stepped up in place, scoring 5 points in the quarter, but the effort just wasn’t enough to cut the deficit for Caballos.

The fourth quarter was another battle on the boards, but Flamengo’s early start helped them keep the lead and pull ahead by 15 points to end the game. Mineiro’s 6 points in the quarter, and 12 total, helped in the win, while Caballos had only Carlos Rodriguez score 6 on their end in the quarter. 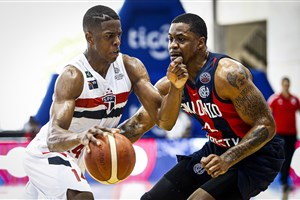 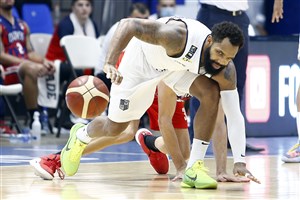