MANAGUA (Nicaragua) – Georginho De Paula's 20 points, 8 rebounds and 6 assists headlined Sao Paulo's come from behind efforts to secure a win and a spot in the Semi-Final of the Basketball Champions League Americas championship with their 78-75 win on Saturday afternoon in Managua, Nicaragua.

San Lorenzo pulled away at the half, leading by just 4 points, 42-38. Nicolas Aguirre and Hernandez combined for 18 of San Lorenzo's first half points as Sao Paulo held Acuña scoreless through the second quarter, but in return Mariano was held to just 2 points as well.

Jose Vildoza picked up speed through the third quarter, scoring 9 points in his time on the floor, with his total through 3 quarters at 14, leading the team in scoring after scoring just 3 points in the first quarter, helping San Lorenzo hold onto a 3-point lead over Sao Paulo, 59-56.

Sao Paulo took the lead back with just over 8 minutes to play in the game, thanks to a 3-pointer from De Paula, but San Lorenzo refused to be knocked out of the quarter finals, with the two teams changing leads throughout the final ten minutes of play, with the game tied at 75 all with 30 seconds to play.

As San Lorenzo had the ball with 5 seconds to play, Acuña missed a shot with De Paula grabbing the rebound, but a foul from Facundo Piñero gave Sao Paulo the ball back, and a foul from Aguirre put Lenz at the line to add another point to Sao Paulo's lead. Maximo Fjellerup attempted a 3-point shot to send the game to overtime, but the ball missed the net and Sao Paulo punched their ticket to the Semi-Finals.

Vildoza finished the game for San Lorenzo with 16 points, while Aguirre finished with 15 points and 6 rebounds, leading the team in efficiency. Aguirre, Hernandez, Vildoza and Acuña all ended the game with 10+ points for San Lorenzo.

Sao Paulo will play the winner of the match-up of Flamengo against Caballos de Cocle on Sunday afternoon. 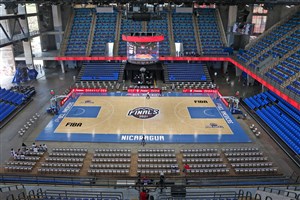 Here's where to watch the BCL Americas Finals Press Conferences 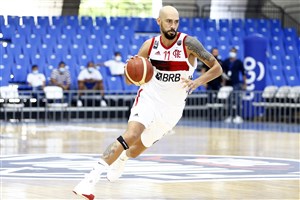