The Basketball Champions League Americas in all its splendor: the first window was a success

The first window of the Basketball Champions League came to a close with a level corresponding to what's at stake. A total of 7 games (Group C’s Valdivia-Flamengo was rescheduled) took place, portraying parity, good basketball and, above all, good basketball for the people that moved to the rhythm of the players. Except for Quimsa in their opening game, who achieved a 26-point difference against Aguada (87-61), the rest were tight and excitement-filled games.

Group A's stage was clear, with San Lorenzo on the lead. The Argentine team won their first encounters as visitors, defeating Mogi in the Final (82-78) and celebrating in the overtime against Biguá (97-91). Perhaps this was not the best version of San Lorenzo, but they unleashed their powerhouse just when they needed it. Considering that teams are playing as locals and visitors, winning away from home is the best thing to do when looking forward to the next phase of the BCLA. Dar Tucker didn't have a great game in Brazil, but was outstanding in Uruguay, averaging 19.5 points and shining along Esteban Batista, who averaged 13 points and 6 rebounds. San Lorenzo will play their next match on November 27, when they welcome Mogi and seek the win that seals their qualification. Three days before, in Uruguay, they’ll play a key game against the Brazilians.

In Group B, the two favorites, Quimsa and Franca, won their showdowns against Uruguay’s Aguada and are en route to their goal. The team from Santiago had a doubt-filled start, but got in sync in the first half, achieving a triumph before the next window – where they’ll face another undefeated team, Franca, in Brazil. The men led by Helio Rubens dominated the game but suffered until the last possession thanks to a three-pointer by Leandro García Morales, who hit the rim but couldn't score. Aguada is in the toughest spot and must win their two games in Uruguay if they wish to qualify. Group B outstanding figures were Franca’s David Jackson, with 20 points in the game against Aguada; Brandon Robinson, who scored 18 points for Quimsa; and Aguada’s Lee Roberts, who averaged 29 points in both games.

Group C only saw action in the clash between Instituto and Flamengo, two powerhouses who are candidates to take the title home. The Brazilians took an enormous win 83-75 against the Córdoba team, led by Marquinhos Sousa (17 points) and Franco Balbi (21), who combined 9 triples. Flamengo must now recover lost time when they welcome Chile's Valdivia, the other participant of the zone.

Group D is the most leveled at the moment. Nicaragua representatives Real Estelí struck while the iron was hot and won in Mexico against Capitanes, who later defeated Fuerza Regia. The Central American team made 42 combined points by Jezreel De Jesús and Cliff Durán, and are currently getting ready to give it all in their two games as locals – first against Fuerza Regia and then against Capitanes. As for the Mexicans, they’ll have to focus on playing strong at home to achieve the qualification. Jorge Gutiérrez, Capitanes’ former NBA player, was the best part of the first window, averaging 21.5 points, perfectly accompanied by Canadian player Grandy Glaze’s average of 29.

The first window is over, but this is just the beginning… 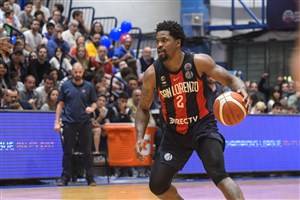 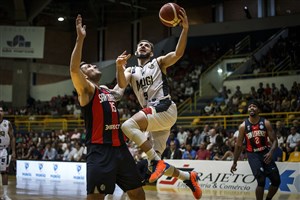 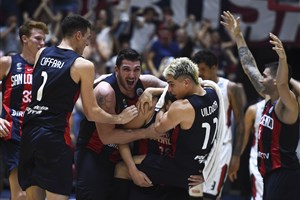 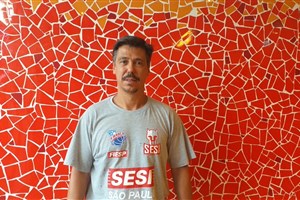